Miami’s famous South Beach is known to become packed and violent during Spring Break. However, this year, many visitors, particularly black ones, were met with a SWAT truck, pepper balls, and sound canons; it is claimed they were used to enforce an 8 p.m. curfew.

“These crowds are in the thousands… We’re at capacity,” said interim City Manager Raul Aguila.

Both Johnson and Pierre are working to develop events for future spring breaks. Recently, Pierre has met with Clements and Miami Beach Mayor Dan Gelber to discuss the handling of next year’s events. Johnson and Pierre are hoping that race relations can improve soon, especially with the installation of a Black Affairs Advisory Committee. 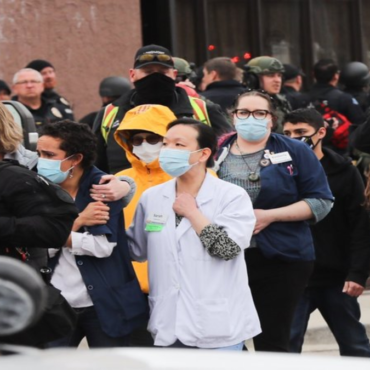 The shooting occurred at a King Soopers grocery store, where many were either shopping or receiving COVID-19 vaccines. What We Know: On Monday, March 22, 2021, a gunman opened fire in Boulder, Colorado. Ten people, including police officer Eric Talley, were shot and killed. Boulder Police Chief Maris Herold confirmed the victims’ ages range from 20 to 65. The other victims were identified as Denny Strong, Neven Stanisic, Rikki Olds, […]