You Go Girl: 9-Year-Old Lola Marie, Who Was Bullied Because She Has Spina Bifida, Launches Her Own Nail Polish Line 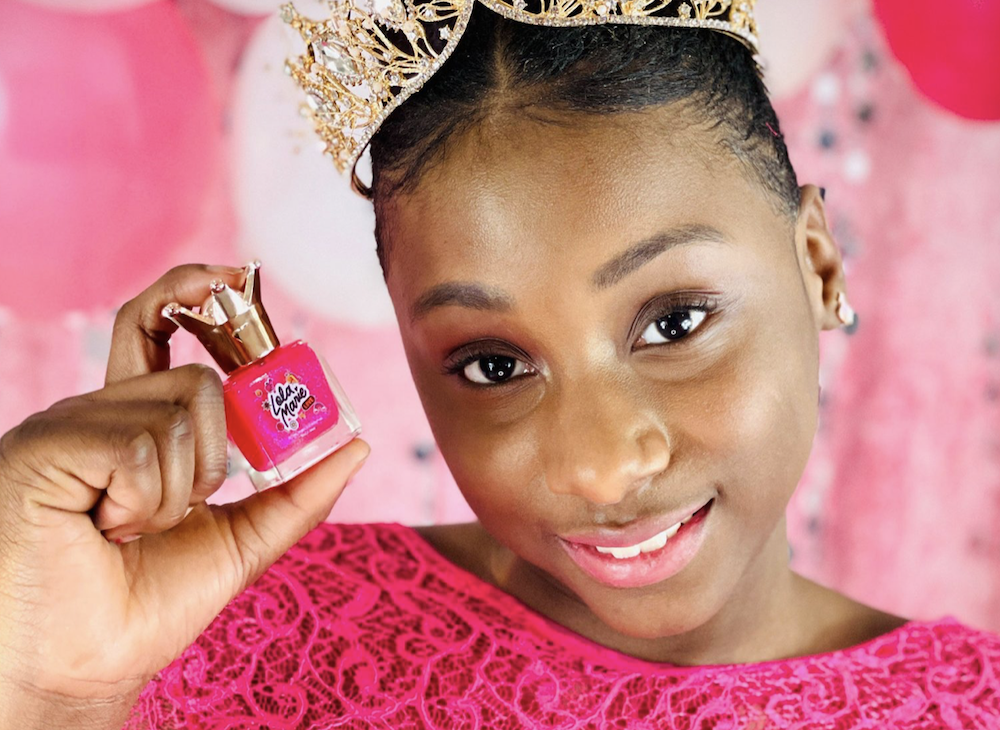 Lola Marie is turning what others used to put her down into something magical.

At 8 years old, Lola created her nail polish line, Lola Marie Polish, after getting bullied by her peers for being in a wheelchair due to her spina bifida. 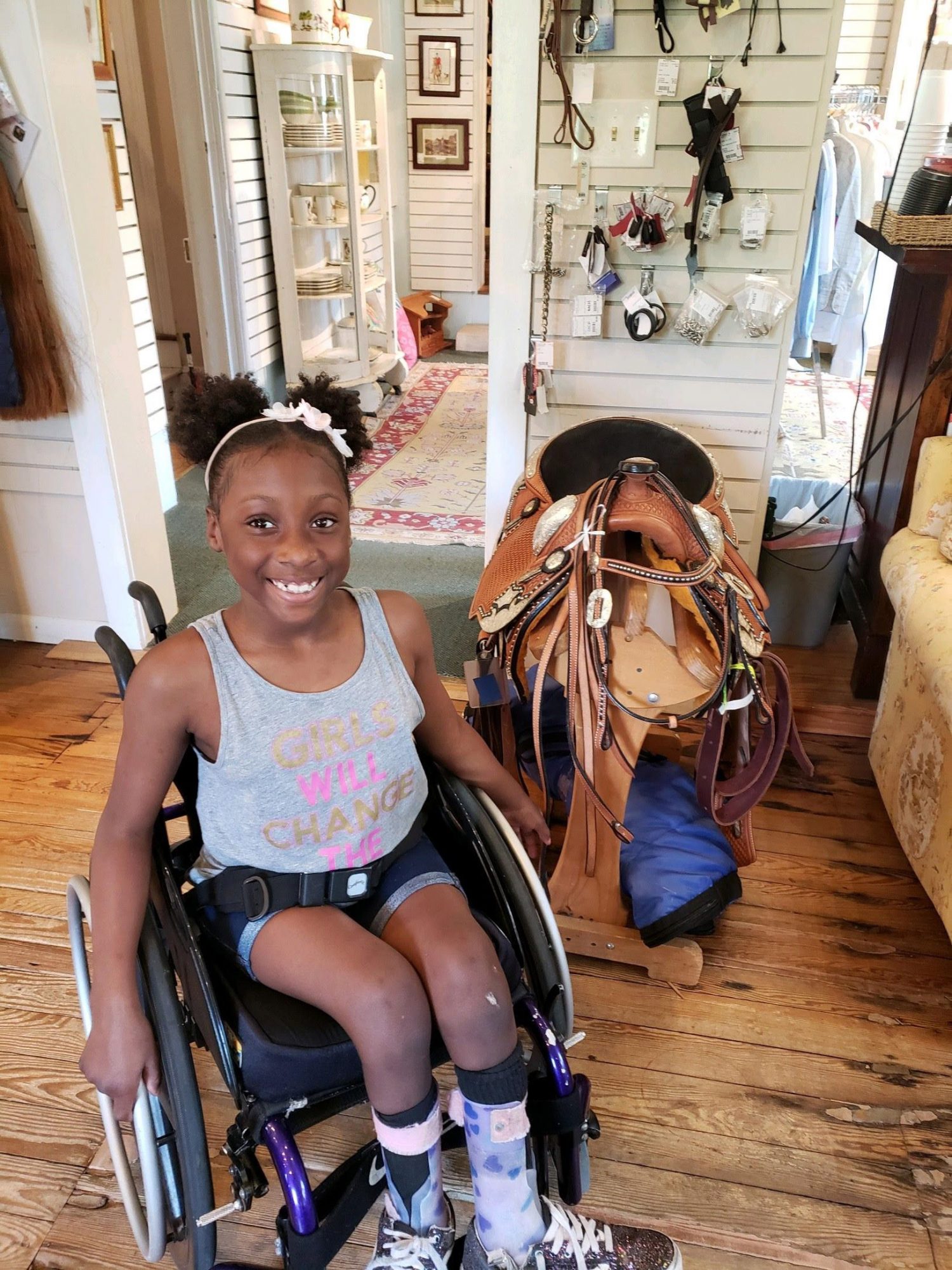 Spina bifida is a birth defect that occurs when the spine and spinal cord don’t form properly, according to the Mayo Clinic.

Since launching her business in April 2020, Lola has transformed into an entrepreneur on the rise, raising over $59,000 — enough to buy her family a wheelchair-accessible van so she can travel easily and live more independently.

She now has her sights set on helping others with disabilities and taking 100 kids in wheelchairs to Disney World.

“I want everybody to know that they can be great,” Lola, now 9, tells PEOPLE. “And you should never bully somebody just because they have a disability because it’s hurtful.”

“It was really, really hard, and it was very unexpected,” she explains. “Lola has always been well-received by her peers. But when it happened, it just seemed like it kept escalating week after week.”

But things hit a breaking point when Thomas says a classmate “ripped Lola’s shoe off, threw it across the gym and told her, ‘Now, walk and go get it.’”

“Lola wears AFOs, which are like braces to protect her feet. It’s hard to put the shoe on, so to get the shoe off, you have to really tug and pull,” Thomas tearfully notes. “It was very hard because I watched the light leave my child’s eyes.”

“She’s always been outgoing [with a] bubbly personality … and I watched that happiness leave her eyes,” she continues. “She didn’t want to be left alone. She didn’t sleep [well]. She said she didn’t want to live anymore.”

The pair ultimately agreed to pull Lola out of school, transfer her to another one in the county and get her professional help. A therapist later diagnosed Lola with PTSD, depression and anxiety, according to Thomas.

But things began to look up at a therapy session when Lola’s therapist asked her, “What makes you happy?”

Lola’s answer was simple: “I said, riding horses and getting my nails done.”

However, because this was happening at the height of the pandemic, Lola was unable to do either of those things — so she got creative.

“I like doing my nails [because] it makes me feel happy,” Lola explains. “So one day, I asked my mom, ‘Can I make nail polishes?’ and she said yes. So we started to look up how to make nail polish.”

After a few days — and quite a bit of research — Lola and her mom started making polishes and later launched Lola Marie Polish.

“I wanted to make everybody else feel happy like I was happy when I was getting my nails done,” says Lola.

Adds Thomas: “She became so focused and driven. Even now, she still struggles with anxiety and depression, but when she gets into her nail polish making, it’s like the world doesn’t exist around her. She’s in this happiness.”

Currently, her brand has over 40 polish colors — all of which have empowering and positive names.

The bottles, which can be purchased on her website and on Walmart.com, feature a crown on the top of the brush’s handle that symbolizes Lola’s desire for all women to feel like they’re royalty.

“I always tell her, ‘You’re a princess. You’re a queen,’” Thomas explains. “And so she wanted the crown because she said when girls or mommies are doing their nails, she wants them to feel like they are special, they are that queen.”

Besides buying a wheelchair-accessible van, Lola’s initial business goals included donating 20% of her proceeds each month to the Casey Cares Foundation, a nonprofit that helps critically ill children and their families.

And in true Lola fashion, she has reached both goals.

“To see her reach that goal, it was like, ‘Well, what can’t you do?’” Thomas says. “She had been a part of the Casey Cares Foundation since she was 2, and was like, ‘I want to give back to Casey Cares. I want to make sure girls are getting nail polishes while they’re in the hospitals.’”

“She is such a giver, that to have people not be nice to her, it was like, ‘How could you be mean to someone who just wants the world to love her back?’” Thomas adds. “But she gets it. She understands that she can change the world herself. So, I’m beyond proud.”

Today, Lola’s focus is on bringing 100 children to Disney, as well as giving back to Casey Cares and other charities.

“I’m trying to help [other] people that have a disability,” Lola says.

Adds her mom: “And May is Mental Health Awareness Month, so we’re donating 20% of our proceeds for the month to a youth program that specializes in mental health. It is so important that we have help and support and services available to our children. We’re constantly looking, as her business grows, to give back… and help someone.”

Though it’s been a difficult year, Thomas says she’s incredibly proud of Lola and hopes others can learn from her story.

“As parents, we need to make sure our children understand that words can hurt… Kindness starts at home,” she says. “And to the kids: you can do whatever you put your mind to. Don’t let people’s words stop you.”

“You have the world in the palm of your hands and you literally can be the next Bill Gates, Steve Jobs, Beyoncé, Oprah, Tyler Perry — whatever you want to be,” she adds. “You can be those things because it’s all in you, so don’t stop.”

Lola Marie is a beautiful girl making the world a little brighter each day. We’re so inspired! Lola Marie Polish and accessories can be purchased online at LolaMariePolish.com and Walmart.com.

The post You Go Girl: 9-Year-Old Lola Marie, Who Was Bullied Because She Has Spina Bifida, Launches Her Own Nail Polish Line appeared first on LOVEBSCOTT. 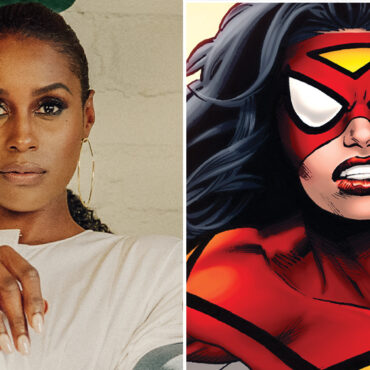 Issa Rae Joins ‘Spider-Man: Into the Spider-Verse’ Sequel as Spider-Woman

Issa Rae is already a superhero in our hearts, but now she’s preparing to become one on the big screen. It was just announced that Issa is joining the sequel to the 2018 Oscar-winning animated film, ‘Spider-Man: Into the Spider-verse.’ The most exciting part? She’ll be voicing Jessica Drew — aka Spider-Woman. via Variety: Rae joins returning voice actors Shameik Moore (as main hero Miles Morales) and Hailee Steinfeld (as […]