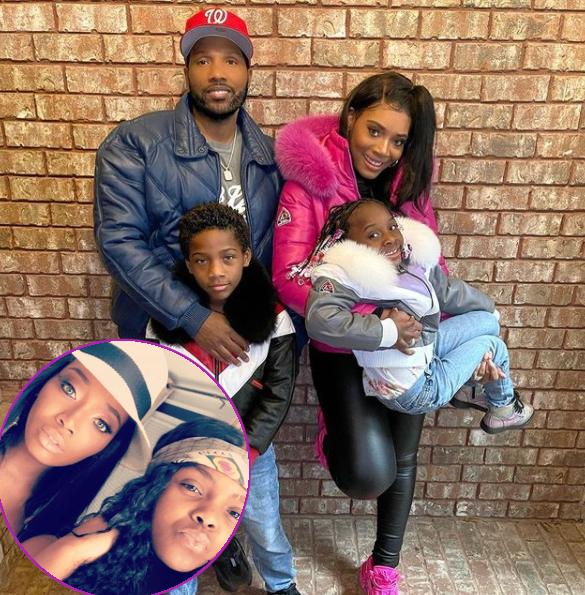 Reality couple Yandy and Mendeecees are responding to backlash they have been receiving after what went down between them and Yandy’s adoptive daughter Infinity on the last episode of “Love & Hip Hop: Atlanta.”

Get their side of the story below…

Fans of “Love & Hip Hop: Atlanta” are NOT happy with Yandy Smith-Harris and her husband Mendeecess Harris. Folks are calling the couple out for what they call mistreatment of Yandy’s adopted daughter, Infinity. You’ll recall, Yandy adopted Infinity as a teenager while Mendeecees was behind bars serving time in federal prison for drug trafficking charges.

After Mendeecees‘ release, Yandy decided to uproot her family from New York and make a home in Atlanta for a fresh start, hence why she’s starring on the ATL franchise now. Apparently, Infinity was left behind in New York as Yandy and the young teen weren’t on good terms. Around the end of 2020, Yandy gave Infinity an ultimatum. She can abide by her house rules or she can leave. Word on the curb is that Infinity was seeing a man Yandy asked her not to spend time with, but she kept doing it, so that caused bad blood between the two.

After that, Infinity went on social media and promised she would be releasing a tell-all book that would air out Yandy’s dirty laundry.

Obviously, that didn’t sit well with Yandy or Mendeeces and it caused more a strain on their relationship. Since their blow up, Infinity came to ATL and has been staying there until they figure out how they’re going to move forward.

During the recent episode, Mendeecees was adamant about having a conversation with Infinity to let her know she would NOT be staying in their home until she and Yandy worked out their issues. He told Infinity they would pay two months rent on an apartment for her to give her time to find a job and learn to take care of herself.

Here’s how the discussion went down below:

“I’ve been forced to be grown my entire life.”

Things get emotional when Yandy & Mendeecees talk about the future with Infinity. What do you think of how this went down? #LHHATL pic.twitter.com/LAjh57f6Rb

Well, fans have been going off on social media about how messed up it is that Yandy and Mendeecees are seemingly trying to “get rid of” Infinity. Peep a few tweets below:

What’s sad is you can tell by the look on Yandy’s face that she knows this is fucked up… Mendecees clearly doesn’t care for Infinity and due to this, she has to go. I believe he made Yandy choose. #LHHATL pic.twitter.com/YoKKDgfHVE

This is cringy to watch Yandy, Mendecees and Infinity…. I see all three sides but watching Infinity cry off camera to production was hard #LHHATL

Jail time for both yandy and macadamia !!
#LHHATL

Yandy and Mendeeces are really evil, like my heart shatters for Infinity #LHHATL pic.twitter.com/dsaZlKHPZv

Not Yandy wanting to ‘return to sender’ the girl… #LHHA pic.twitter.com/7q94kwUfk4

#LHHATL Y’all ain’t gone let her at least stay until she graduates college?! Damn Yandy and Mendecees is doing Infinity so wrong. pic.twitter.com/MH2Fua6BXn

#LHHATL yandy how she out here fighting for BLM and not fighting for infinity… girl bye charity starts at home pic.twitter.com/MRWU12k8x3 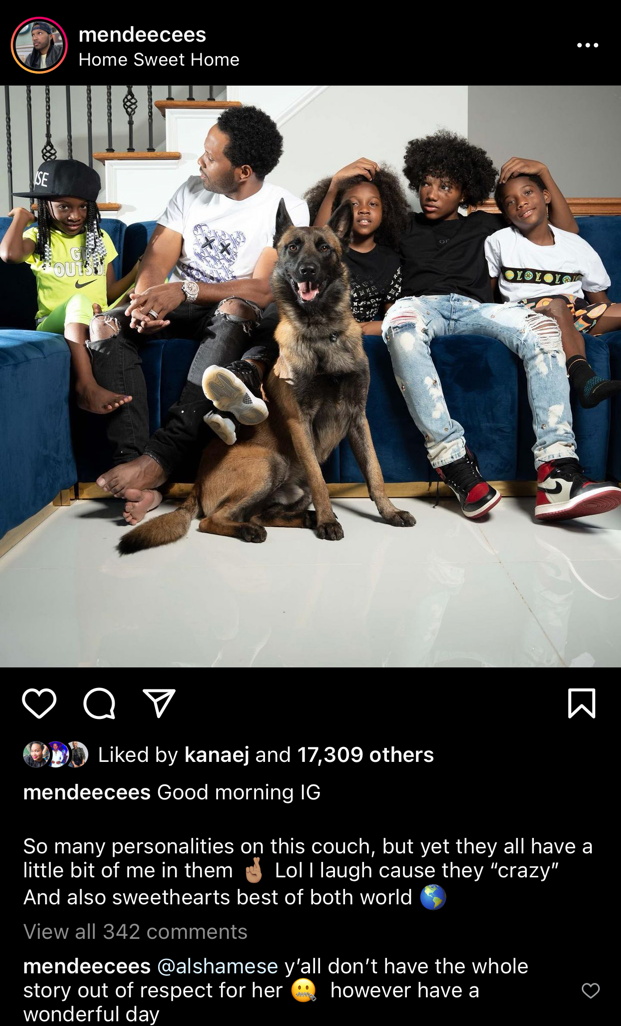 After the episode aired, Mendeecees posted a picture of himself with his biological children and captioned it, “Good morning IG So many personalities on this couch, but yet they all have a little bit of me in them Lol I laugh cause they “crazy” And also sweethearts best of both world,” he wrote.

It didn’t take long for fans to point out that he didn’t include Infinity. They have also been dragging him for being so “cold” towards Infinity. In his own defense, he said fans don’t know the whole story.

“y’all don’t have the whole story out of respect for her. However have a wonderful day,” Mendeecees said to a fan. 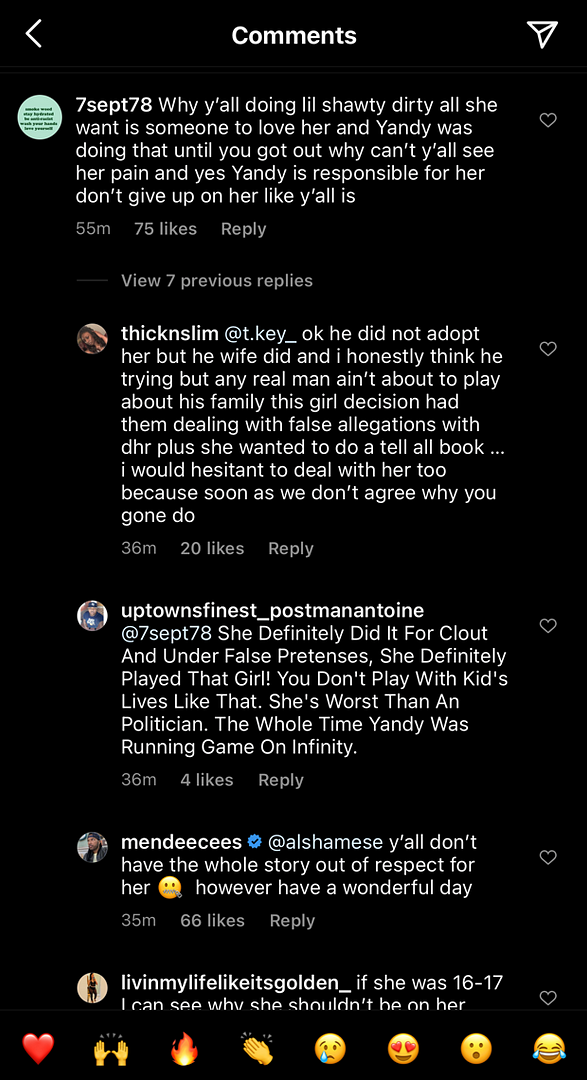 One fan wrote: “Why y’all doing lil shawty dirty all she want is someone to love her and Yandy was doing that until you got out why can’t y’all see her pain and yes Yandy is responsible for her don’t give up on her like y’all is.” 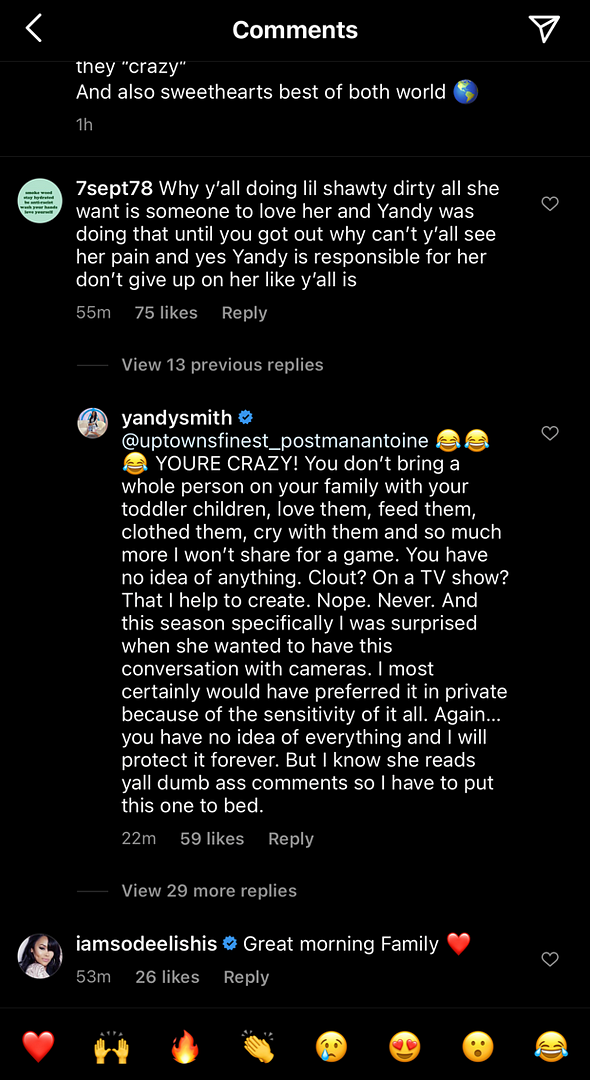 “YOURE CRAZY! You don’t bring a whole person on your family with your toddler children, love them, feed them, clothed them, cry with them and so much more I won’t share for a game. You have no idea of anything. Clout? On a TV show? That I help to create. Nope. Never. And this season specifically I was surprised when she wanted to have this conversation with cameras. I most certainly would have preferred it in a private because of the sensitivity of it all. Again…you have no idea of everything and I will protect it forever. But I know she reads yall dumb ass comments so I have to put this one to bed.”

It’s a sticky situation being that fans do not have all of the information about their situation to share an unbiased decision. However, folks clearly aren’t here for the “edited” version of events and are making it known.

Do you think Yandy and Mendeecees are wrong? Sound off in the comments! 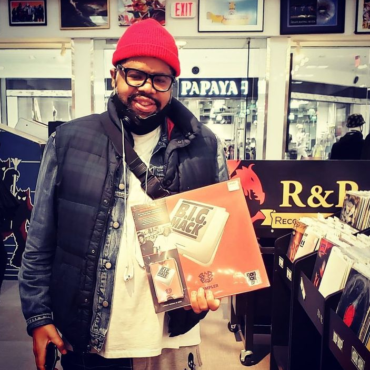 Hip Hop is mourning the death of legendary producer Chucky Thompson, who is best known for his work with Bad Boy. He was 53. Details inside...   Hip Hop is mourning another loss. Chucky Thompson, best known for his work as a producer with Bad Boy Records, has reportedly died. He was 53. The prolific producer was behind several classic Hip Hop & R&B tracks. As a member of Baby […]