Several tennis faves – including Serena Williams – were injured and forced to pull out from the Wimbledon tournament. Despite two injuries and several slip ups, Wimbledon officials defended why the courts were approved for play. More inside…

Tennis fans suffered through a heart breaking moment when Serena Williams slipped and fell on Centre Court during her first-round match against Aliaksandra Sasnovich at Wimbledon. The 23-time Grand Slam winner went down tied, 3-3, in the first set and was forced to retire from the match due to injury.

Brutal for @serenawilliams but centre court is extremely slippy out there. Not easy to move out there.

It’s argued this injury made the 39-year-old mom have to abandon a run which has been considered one of her last best chances to win an elusive 24th Grand Slam title.

Aliaksandra, Serena’s opponent, confirmed the court was slippery and said she wasn’t able to run to retrieve wide-angled shots as she normally would.

The tennis GOAT wasn’t the only player injured and forced to drop out of the tournament.

While top seed Novak Djokovic and two-time winner Andy Murray didn’t injure themselves, they slipped during their opening round matches on Centre Court.

“I seem to be having a really nice connection with the grass,” Djokovic joked.

France tennis player Adrian Mannarino retired from the tournament after he injured his knee during his first round match with eight time champion Roger Federer.

Tennis phenom CoCo Gauff – who would have faced her idol Serena Williams for the first time if both had advanced to the fourth round noted it’s harder for players to master grass courts since there aren’t many tournaments scheduled on the calendar with grass courts.

Day 2, Coco Gauff shows a new style of retuning a ball as she slips on the grass, as Francesca Jones serve’s to her on court 2. It wouldn’t be #Wimbledon2021 without the British summer weather ‘rain’ stopping play @PAImages @CanonUKandIE pic.twitter.com/j4kJimxJoY

“Just in general, no one is really used to moving on grass because the season is so short,” CoCo said. “People are bound to have slips and falls.”

It was raining outside of Centre Court, which seemingly made for slippery conditions on the grass courts. Grass courts was once the predominant surface in tennis, but tournaments, like the Australian Open & the U.S. Open, upgraded to hard courts decades ago. Wimbledon still uses grass courts.

Even with all of the injuries and slippery moments during games, officials at Wimbledon defend the conditions of the courts. All England Club officials released a statement that all of the courts were reviewed and approved for play. The event was canceled last year due to the COVID-19 global pandemic.

“Each grass court is checked by the Grand Slam Supervisors, Referee’s Office and Grounds team ahead of play commencing, and on both days of the Fortnight they have been happy with the conditions and cleared the courts for play,” officials said in the statement.

They said the ongoing rain is the main reason the grass courts were more moist than usual.

“The weather conditions on the opening two days have been the wettest we have experienced in almost a decade, which has required the roof to be closed on Centre Court and No.1 Court for long periods. This is at a time when the grass plant is at its most lush and green, which does result in additional moisture on what is a natural surface,” officials added in their statement.

Well that sucks. Hopefully, Serena and the others will have speedy recoveries! 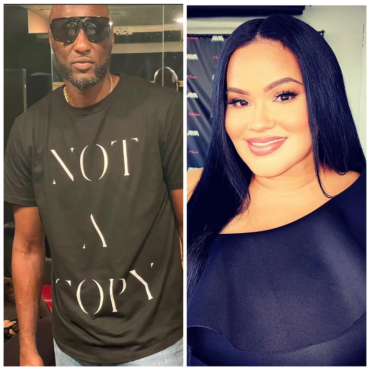 "Basketball Wives" star Liza Morales responds to Lamar Odom after he popped off about paying her in response to an NYC judge who called him a deadbeat dad over unpaid child support. Read HER side of the story and more inside... The drama continues for former NBA star Lamar Odom. After Lamar Odom clapped back for being called a deadbeat dad by a NYC judge, his ex/mother of his two […]