Will Smith is opening up about his life and relationships in an in-depth interview with Oprah Winfrey.

In a new teaser released by Apple TV+ for Friday’s episode of The Oprah Conversation, Smith says he wanted to write a memoir that told “the truth” about him.

“I want to let people have it,” Smith, 53, shared. “I’ve carried, most of my life, the sense of failing every woman I interact with. I haven’t talked about that publicly.”

Also in the teaser, Smith told Winfrey, “I’m lying on the floor in a jail cell and I’m like, ‘What is happening?’”

Smith is about to embark on a national book tour in support of his powerful new memoir Will, which goes on sale Nov. 9.

In the memoir, the Men in Black star shares a more vulnerable side with his readers and fans, including how a terrifying act of violence he witnessed his father carry out against his mother changed his life forever. He also writes that he “fell in love” with his Six Degrees of Separation costar Stockard Channing during his first marriage to Sheree Zampino.

Smith — who had just welcomed son Trey with Zampino at the time — remained in character even while off the set of the 1993 film. As his romantic feelings for Channing grew, their relationship remained professional, the star writes.

“Sheree and I were in the first few months of our marriage with a brand-new baby and for Sheree, I can imagine that this experience was unsettling to say the least,” Smith notes in his memoir, excerpted in this week’s issue of PEOPLE. “She’d married a guy named Will Smith and now she was living with a guy named Paul Poitier,” his character’s name in the movie. “And to make matters worse, during shooting I fell in love with Stockard Channing.”

“After the film wrapped, Sheree and Trey and I moved back to L.A.,” the actor and singer continues. “Our marriage was off to a rocky start. I found myself desperately yearning to see and speak to Stockard.”

There are many such complicated and nuanced stories in Will. It’s a candid look at Smith’s often-difficult childhood; the end of his relationship with Zampino, 53; his 23-year marriage to Jada Pinkett Smith, 50; and his journey as a father to Trey, 29, Jaden, 23, and Willow, 21.

Despite his decades of success across the film and music industries, Smith writes that he treasures his personal relationships the most. “To love and to be loved is the highest human reward,” he writes.

Between Will’s book and Jada’s ‘Red Table Talk’ — they’re really not going to have any personal business left.

The post Will Smith Says He Has a ‘Sense of Failing Every Woman I Interact with’ in Upcoming Oprah Interview appeared first on LOVEBSCOTT. 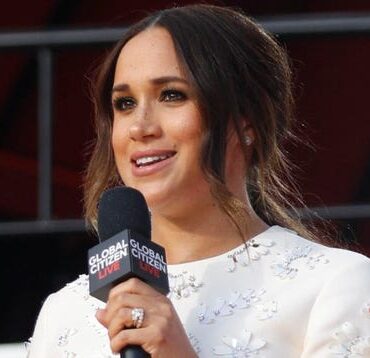 Meghan Thee Lobbyist? The Duchess of Sussex Was Called Out for Cold-Calling Senators—but We’re Kinda Here for It

Should the British royal family be involved in American politics? Presumably, no—in fact, they’re not supposed to be overtly political at all. But when an American woman marries into the monarchy, subsequently steps down as working royal, decamps with her family to her home state, and stops living off the royal dime?…Read more...