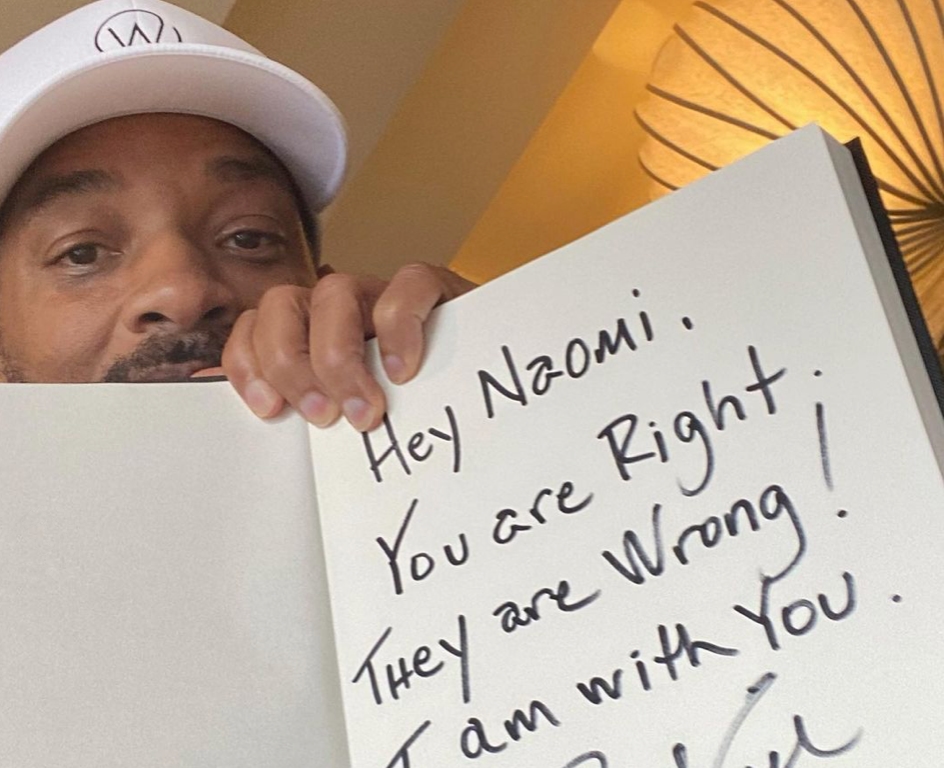 Will Smith is the latest celebrity to publicly show support for Naomi Osaka, who withdrew from the French Open on Monday over mental health concerns.

Osaka had announced the decision on Twitter Monday after getting fined $15,000 for making good on her promise to abstain from press conferences after her Sunday victory at Roland Garros over 63rd-ranked Patricia Maria Tig. The two-time US Open champion later revealed that post-match interviews made her “get huge waves of anxiety.”

“Hey everyone, this isn’t a situation I ever imagined or intended when I posted a few days ago,” the 23-year-old tennis star wrote in the bombshell post. “I think now the best thing for the tournament, the others players and my well-being is that I withdraw so that everyone can get back to focusing on the tennis going on in Paris.”

“I never wanted to be a distraction and I accept that my timing was not ideal and my message could have been clearer,” the four-time Grand Slam winner added, before admitting that she’d suffered from severe depression since the 2018 US Open.

In response to the athlete’s moving message, Smith had uploaded a photo of himself holding a handwritten note.

“Hey Naomi, you are right. They are wrong! I am with you,” wrote the actor, 52, who plays the father of Venus and Serena Williams in the upcoming sports flick “King Richard.”

The “I Am Legend” star’s heartfelt note comes amid an outpouring of support for Osaka by fellow tennis greats, including Serena Williamsand Pam Shriver. Venus Williams also offered comforting words.

“For me personally, how I cope, how I deal with it, was that I know every single person asking me a question can’t play as well as I can and never will,” Williams said. “So no matter what you say, or what you write, you’ll never light a candle to me.”

Meanwhile, sports apparel giant Nike, which signed a sponsorship deal with Osaka in 2019, commended the 23-year-old tennis star for opening up about her mental health struggles.

“Our thoughts are with Naomi,” they wrote in a statement. “We support her and recognize her courage in sharing her own mental health experience.”

Others, however, insisted that facing the media after major matches was part and parcel of the sport, with six-time Grand Slam champion Boris Becker warning that Osaka’s actions may have jeopardized her career. 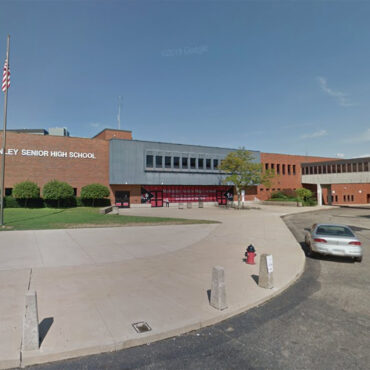 Seven high school football coaches in Canton, Ohio, have been fired after allegedly forcing a Hebrew Israelite teen to eat pork — which directly goes against his religious beliefs. via People: McKinley High School head football coach Marcus Wattley and seven of his assistant coaches were suspended last month over the allegations. According to the Canton Repository, the school board voted unanimously on Thursday night to not renew the contracts of […]