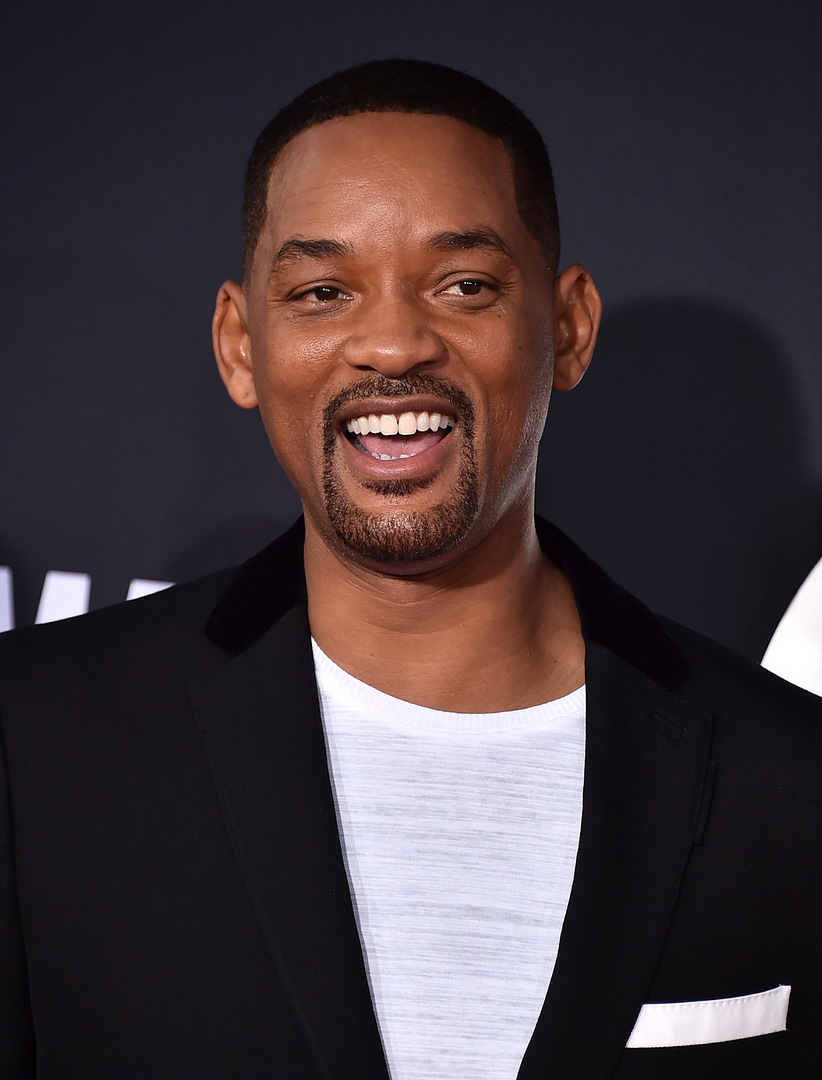 Will Smith is opening up about his life like never before in his new self-titled memoir set to drop next week, giving fans a chance to get to know him on a more personal level. Even dark secrets – that involved killing a family member – are exposed.

Details about the actor’s candid memoir inside…

Many of us feel like we know Will Smith, despite how at one point during his career he kept his personal life under wraps. From “The Fresh Prince of Bel-Air,” to Independence Day to Men In Black, to Bad Boys – a lot of us consider Will a “friend in our head” because we grew up watching his movies and basically watched him blossom into an incredible actor and fine human being.

While we may have thought we knew the Oscar nominated actor, there’s a lot we DON’T know. For the first time ever, the 53-year-old actor bares it all in his upcoming memoir titled, “Will,” set to drop November 9th.

Of course, he’ll talk about his rise to fame and all the blood, sweat and tears he put into becoming the Hollywood titan he is today. But, he’s also sharing dark secrets he has kept close to him all these years…until now. 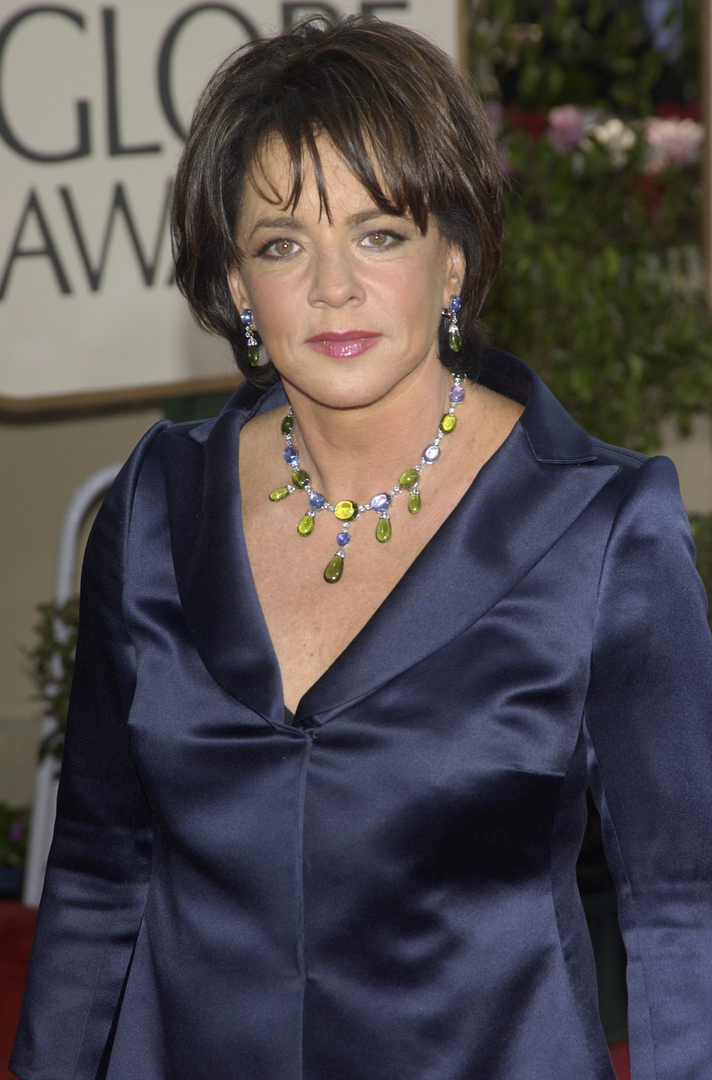 In an excerpt from his new book, the “Fresh Prince of Bel Air” alum spilled tea that he “fell in love” with his co-star on the set of a move while married to his first wife, Sheree Zampino. While shooting 1993’s Six Degrees of Separation, he apparently got close to his co-star Stockard Channing (above) and ended up catching feelings.

During this time of his life, the now father-of-three was newly married to Sheree and they had just welcomed their only child together, Trey Smith.

“Sheree and I were in the first few months of our marriage with a brand-new baby and for Sheree, I can imagine that this experience was unsettling to say the least,” he wrote. “She’d married a guy named Will Smith, and now she was living with a guy named Paul Poitier,” he said, referring to his character in Six Degrees of Separation.

“To make matters worse, during shooting I fell in love with Stockard Channing,” he revealed.

After wrapping up filming, Will, Sheree and Trey moved back to L.A. from New York.

“Our marriage was off to a rocky start,” he wrote, but didn’t elaborate. Back home in LA, he was still dealing with the strong feelings he had for his co-star.

“I found myself desperately yearning to see and speak to Stockard,” he wrote.

In 2015, Will dished about having a crush on Stockard, in which she decalred she was flattered. A few years after he married Sheree, they got a divorce. In 1995, he married Jada Pinkett Smith and had two children, Willow & Jaden Smith.

In the book, he shared he had been practicing method acting, which is when an actor never breaks out of character during filming and even when the cameras aren’t rolling. He vowed never to do that again.

“It is a really dangerous place when you get good at it.”

Recently, Will shared his wife Jada wasn’t the only one in their marriage involved in entanglements during their marriage. We wonder if he’ll spill about those in the memoir as well.

Digging deeper, the Philly native also shared how he once contemplated killing his father, Willard Carroll Smith Sr., to avenge his mother, Caroline Bright, after years of domestic violence.

“My father was violent, but he was also at every game, play, and recital,” he wrote. “He was an alcoholic, but he was sober at every premiere of every one of my movies. He listened to every record. He visited every studio.”

“When I was nine years old, I watched my father punch my mother in the side of the head so hard that she collapsed. I saw her spit blood,” he continued. “That moment in that bedroom, probably more than any other moment in my life, has defined who I am.”

“Within everything that I have done since then — the awards and accolades, the spotlights and attention, the characters and the laughs — there has been a subtle string of apologies to my mother for my inaction that day. For failing her in the moment. For failing to stand up to my father. For being a coward.”

He continued, “What you have come to understand as ‘Will Smith,’ the alien-annihilating MC, the bigger-than-life movie star, is largely a construction – a carefully crafted and honed character – designed to protect myself. To hide myself from the world. To hide the coward.”

Once of his darkest moments came later in life. The anger he felt in that moment surfaced again as he cared for Will Sr., who was battling cancer. He had thoughts about killing his father and how he would get away with it.

“One night, as I delicately wheeled him from his bedroom toward the bathroom, a darkness arose within me. The path between the two rooms goes past the top of the stairs. As a child I’d always told myself that I would one day avenge my mother.”

“I paused at the top of the stairs,” he shared about the sinister moment. “I could shove him down, and easily get away with it. As the decades of pain, anger, and resentment coursed then receded, I shook my head and proceeded to wheel Daddio to the bathroom.”

Will’s parents split when he was a teen and divorced in 2000. His father died in November 2016.

Before the book drops…

Will Smith is set to chop it up with media mogul Oprah for Apple TV+’s “The Oprah Conversation: Will Smith.” In the teaser, the Suicide Squad star shared with Oprah that he feels likes like he has failed every woman he’s every interacted with.

“I’ve carried most of my life the sense of failing every woman I interact with,” he shared.

Being candid as ever, Lady O asked Will about the time he “lost everything.”

“I’m laying on the floor in a jail cell and I’m like, ‘What is happening?'” he recalled. “I haven’t talked about that publicly.”

Check out the clip below: 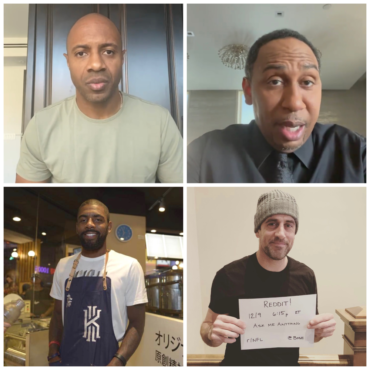 Jay Williams GRILLS Stephen A. Smith For Not Having The Same Energy With Aaron Rodgers – Who LIED About Being Vaxxed – That He Had For Kyrie Irving

ESPN analyst Jay Williams had some words for fellow sports analyst Stephen A. Smith, asking him why he didn't have the same energy towards Aaron Rodgers - who lied about being COVID-19 vaccinated - as he had with Kyrie Irving, who has been transparent about his vaccination status. Watch the buzzy clip inside... KEEP. THAT. SAME. ENERGY. Jay Williams - former NBA player-turned-ESPN analyst - peeped how fellow sports analyst […]