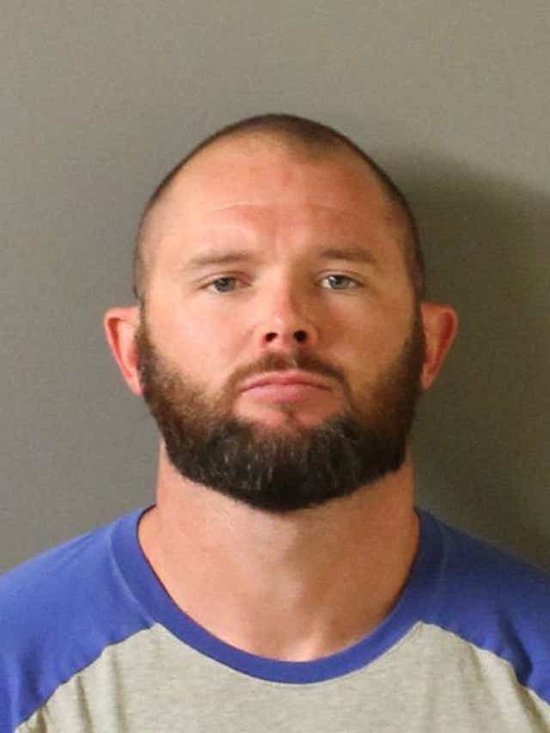 A white man was given a one-year sentence for “tampering with evidence” in the 2018 shooting death of his alleged black lover. Details inside…

Circuit Judge James Colaw sentenced Gardner Kent Fraser – the son of a former Baker County Sheriff’s Office deputy – to one-year in Baker County jail after entering his non-contest plea to the “tampering with evidence” charge he got following the 2018 fatal shooting of Domonic “DJ” Broadus II.

The judge also sentenced him to four-years probation for reportedly deleting messages and getting rid of the victim’s cellphone.

To my son, Dominic J Broadus II, (DJ) From father to father, I wish you a Happy Father’s Day, my son. This Father’s…

Posted by Justice4DJBroadus on Saturday, June 16, 2018

Before the sentence, DJ’s family, including his mom, dad & 13-year-old son, begged the court to charge Gardner with MURDER after his body was found with four gun shot wounds (in the face and neck) on the suspect’s property.

Due to Gardner’s father being a former deputy, the Baker County Sheriff’s Office passed the case on to the Florida Department of Law Enforcement and State Attorney Melissa Nelson due to potential conflict of interest.

So, what reason did Gardner have to shoot DJ? Apparently, Gardner was scared he was going to out him as a bisexual man.

According to prosecutor Mark Caliel of 4th Judicial Circuit State Attorney Melissa Nelson‘s office, the two men were in a sexual relationship. Gardner claims he killed DJ in “self defense” after a “scuffle.” However, there was no evidence that a struggle ensued.

It was argued Gardner shot DJ and then got rid of his cellphone because he wanted to keep their romance lowkey.

“This defendant took the actions to get rid of that phone,” Assistant State Attorney Mark Caliel said. “Where it is, we don’t know your honor. To this day only one person knows where DJ Broadus’ phone is — that’s Gardner Fraser.”

Although DJ’s phone wasn’t uncovered, a thorough Florida Department of Law Enforcement (FDLE) investigation revealed a reported number of 115 phone calls and 35 text messages between the men with some messages being explicit sexual and romantic nature.

The defense team argued Gardner immediately contacted law enforcement and that he did NOT try to hide DJ’s body. However, that may not have been the case. Records show DJ made a phone call less than 30 minutes before his shooting death.

When police arrived, Gardner allegedly told the officer the situation was the result of a “practical joke gone wrong.”

Also, DJ’s body was found in a rural area that’s not easily accessible and his family still wants to know how his body got there. The defense team used Florida’s “Stand Your Ground” law, arguing DJ was on Gardner’s property.

Prosecutors told the judge that after shooting Broadus, Fraser first called his cousin who lives nearby and found Broadus face up with no phone in sight, but they say there was evidence Broadus did have his phone. They said it was his cousin is who told Fraser to call his father, a former deputy, who then told him to call 911.

“There was a struggle and it appears that it was a complete surprise that Mr. Broadus was there,” defense attorney James Sawyer said.

“(I) keep asking why this man murdered my dad? I still haven’t got answers,” Dominic Broadus Sr. read from his grandson’s statement when the boy became too emotional to continue.

DJ’s dad gave his own impact statement about his son’s death:

“Not happy with everything they’ve done,” he said. “Not happy with the laws of the state of Florida. Like I said, the evidence is there … clearly shows this was murder, and probably even call it premeditated.”

“In order for the defendant to hide his feminine, bisexual nature, he executed my son and my grandson’s father,” Broadus’ father said during the court hearing. “In an effort to try and keep his secret, he fatally shot my son in the back of the head twice and tried to destroy any evidence of their relationship by deleting all texts from his phone and destroying/hiding my son’s phone, then calling three people before reporting the shooting to the proper authorities.”

“The intent was to silence him, first physically and then, by any means necessary,” said Broadus’ mother, Del Swain. “And destroy the evidence that would let the world know exactly what it transpired. The attempt to cover the secret that DJ and his cell phone held did not work.”

DJ’s family created a Facebook page to demand justice for their loved one. Peep a few of their posts about the murder below:

The case with my son, DJ Broadus II, has been lingering for several years. Based on the evidence they collected…

Posted by Justice4DJBroadus on Monday, June 1, 2020

So after about 3 hours after notifying Baker County Sheriff’s Office, Florida Department of Law Enforcement arrived at…

Posted by Justice4DJBroadus on Tuesday, June 2, 2020

Gardner was charged a day after what would have been DJ’s 34th birthday:

On this day, 34 years ago, our family welcomed Dominic Jerome Broadus, II into our family. And although God called him…

Posted by Justice4DJBroadus on Sunday, January 24, 2021

This morning, January 25, Gardner Fraser was sentenced to serve one year in the Baker County Jail with four years…

Posted by Justice4DJBroadus on Monday, January 25, 2021

DJ’s dad spoke out about his son’s death on “The Clay Cane Show,” a day after the sentencing, where he gave more insight about how DJ ended up at Gardner’s house, how they first met, evidence that didn’t line up with Gardner’s story and more.

The family believes DJ’s murder is being covered up since his alleged murderer is the son of a former deputy. They are currently working on a civil case.

“The real motive is not tampering with evidence,” Dominic Sr. said in the interview above. “The motive behind destroying the phone is trying to hide his bisexual tendency and executing on my son, murder — premeditated.”

Watch the video above for a more detailed account of all of the evidence that was presented in court.

By the way, it’s being reported Gardner’s father is Ryan T. Fraser, a former Baker County deputy who also was FIRED by the Jacksonville Police Department. The reason? He shot an unarmed black man from the back in 2008. As you can see, the apple didn’t fall too far from the tree.

We’re SO sick of this! Why do you have to be a certain complexion for the protection? This man should have been brought up on murder charges and he definitely needs to be behind bars for more than a year for taking a life if fouond guilty. 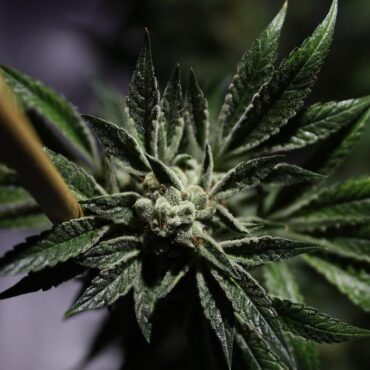 Multiple leaders among democratic Senators announced Monday that they would push to pass historic legislation that would legalize marijuana on a federal level, a policy that has already been implemented in varying degrees by a majority of states. What We Know: “The War on Drugs has been a war on people — particularly people of color,” said a statement issued by Majority Leader Chuck Schumer (D-NY), Sens. Cory Booker (D-NJ), […]