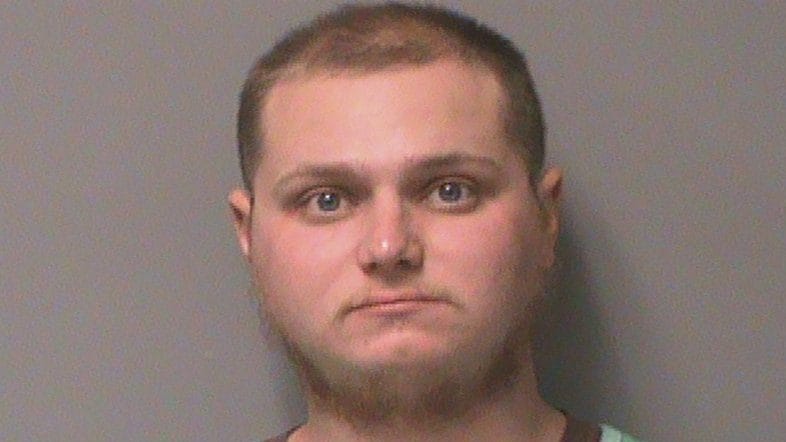 Michael McKinney, who left the Iowa National Guard in 2017 after a five-year military career, faces 25 years in prison if convicted

A white military veteran shot and wounded a 15-year-old girl when he fired his gun into a car carrying four Black teenagers during a tense confrontation at a rally in support of President Donald Trump near the Iowa Capitol last month.

Michael McKinney, 25, is charged with attempted murder in the Dec. 6 shooting in Des Moines. McKinney, who was heavily armed and wearing body armor, told police he fired the shot in self-defense. A resident of tiny St. Charles, Iowa, McKinney has posted on Facebook in support of the far-right Proud Boys and against Black Lives Matter.

In a news release detailing McKinney’s arrest, the state police described an afternoon shooting at a parking lot and didn’t mention the Trump car rally or the race of those involved. A city police spokesman said initial reports indicated the shooting was traffic-related. Division of Criminal Investigation spokesman Mitch Mortvedt said the agency released the immediate facts and circumstances as required.

But a review by The Associated Press shows the shooting was sparked by a belligerent political clash between a large group of white Trump supporters and four unarmed Black girls all aged 16 and under.

The teen driver’s mother said the girls argued with Trump supporters about politics and were subjected to racial slurs. Rallygoers blamed the teens for starting the confrontation, saying they were harassing and threatening the crowd.

The girls’ car ended up surrounded by Trump supporters who were yelling and honking horns before the driver went in reverse and struck a pickup. It’s unclear whether the collision was accidental. McKinney told police he fired at that point to protect himself.

An investigator says in court documents that McKinney does not appear to be among those rallygoers who exchanged words with the girls before the shooting. Bystander video obtained by police shows McKinney approaching the vehicle, pulling a handgun from his waistband and firing into the car from 15 feet away, according to court documents.

The bullet hit the leg of a girl who had been arguing with members of the crowd through the vehicle’s sunroof. The car sped off to take her to a hospital.

The 73-year-old owner of the pickup, Bob Brekke Jr., told AP he was glad that McKinney shot into the car and scared the girls away, saying he worried that they might be armed.

“I felt relieved,” said Brekke, whose truck was scratched in the collision.

Brekke said the girls had been yelling anti-Trump epithets at him and others as the rally progressed through the heavily Democratic city. He said their vehicle drove wildly, veering in and out of the caravan, and followed it to the parking lot where the route concluded.

Fans of the president, who were gathering to support his attempts to subvert the November election, initially “were having fun” taunting the girls, Brekke said.

Brekke, a retired airport security worker, said he asked whether they were on welfare and unemployed. He said they called him a white supremacist and threatened him and his wife.

McKinney’s attorney, Kent Balducci, said the Jan. 6 mob attack at the U.S. Capitol that included many ex-military members won’t help his client’s case, because the public will draw comparisons.

But he argued that the “political factors are extraneous” and that McKinney’s actions should be viewed as self-defense. The teenage driver may have been using the vehicle as a weapon instead of merely trying to flee the angry crowd, he said.

Balducci said McKinney wore body armor because he had been threatened during previous Trump rallies, and that he feared for his safety when the car reversed.

Trump supporters have blasted authorities for charging McKinney, arguing that his shot protected rallygoers. They include an Iowa Department of Public Safety employee who organized the event and has fundraised for McKinney’s defense.

McKinney, who left the Iowa National Guard in 2017 after a five-year military career, faces 25 years in prison if convicted. McKinney remains jailed after a judge last month rejected his request to reduce a $500,000 bond.

Danielle Gross, the teen driver’s mother, said her daughter was so traumatized by the shooting that injured her cousin that she didn’t leave the house for a week afterward. She said the girls made an ill-advised decision to confront rallygoers and that the situation escalated quickly.

“They were saying some racist slurs and the girls argued with them and it went from there,” Gross said, adding that she hasn’t heard from the police since the day of the shooting and that she fears for her family’s safety.

Authorities declined comment on whether the shooting might have been motivated by race. Polk County Attorney John Sarcone noted that the attempted murder charge against McKinney carries far more prison time than a state hate crime charge, with a maximum of five years.

After the shooting, McKinney apparently tried to cover his tracks, putting the spent shell casing in the trunk of his car and not initially coming forward as the shooter, court records show.

After others identified him, he admitted his role and surrendered his pistol. Police say he was carrying two loaded magazines in his pants and had another firearm in his vehicle, which was outfitted with Trump decals. 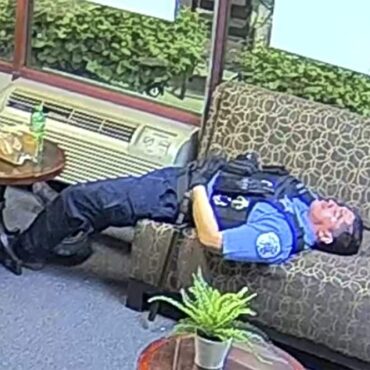 Seventeen officers and supervisors were suspended for up to 20 days after being spotted resting amid looting, a police union challenging the penalties says Chicago Police suspended several officers captured on video during last summer’s widespread unrest who were lounging — and apparently even sleeping — inside a burglarized congressional campaign office as people citywide vandalized and stole from businesses, a police union official said Thursday. Fraternal Order of Police […]