With “black-ish” and “mixed-ish” being canceled, Kenya Barris is back with more “ish.” This time, he’s teaming up with Eva Longoria for a series about a modern Latinx family. Is it needed? Sound off inside…

No shade to anyone trying to get their coins in Hollywood, but yeah, we’re kinda over all the “ish.”

As you may have heard, EMMY nominated show “black-ish” will be ending with the eighth season of the series and “Mixed-ish” was given the axe after two seasons. “Grown-ish” – starring Yara Shahidi – has NOT been canceled.

Now, Kenya Barris is reportedly working with actress Eva Longoria for a new series titled, “Brown-ish,” which would center around a modern Latinx family.

“Brown-ish is still a concept that is in development, we haven’t rolled out the firm plans around that yet,” ABC Chief Craig Erwich told Deadline. There were also rumors of Old-ish, a series that would be centered on Laurence Fishburne and Jenifer Lewis’s characters. “On old-ish, we have no current plans to make it as a pilot.”

Overall, “when we talk about the world of black-ish, there are so many different iterations that we are open to; it’s really up to Kenya who is the master and the captain of the franchise,” Erwich said.

The series hasn’t been confirmed yet and is reportedly in development.

Is this really needed though? We’re kinda over all the “ish” and so is social media:

I’m sorry were his shows not brown-ish enough or pic.twitter.com/xpIWiz51u6

brown-ish for a latinx show aint gunna work bc being brown is not exclusive to that community I know my brown ass aint ?!! y’all need to be more creative bc what the actual fuck https://t.co/XiAdRa8Unk

Also “Brown-ish” we don’t feel like that’s just perpetuating the colorism that is rampant in the Latinx community? Like throw dis away… 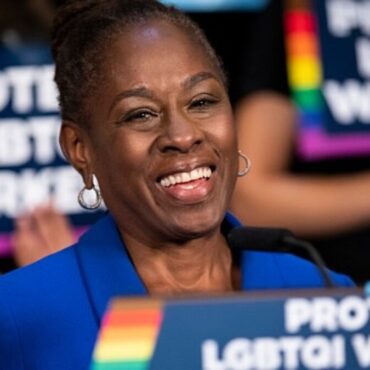 The new program will provide comprehensive services to LGBTQ+ youth aged 16 to 24. What We Know: The program is called Unity Works and is a 2.6 million dollar initiative that will provide LGBTQ+ youth with quality jobs and educational opportunities. Additionally, the program will offer access to job training, paid internships, and mental health services to young adults aged 16 to 24. Mayor Bill de Blasio says the program […]