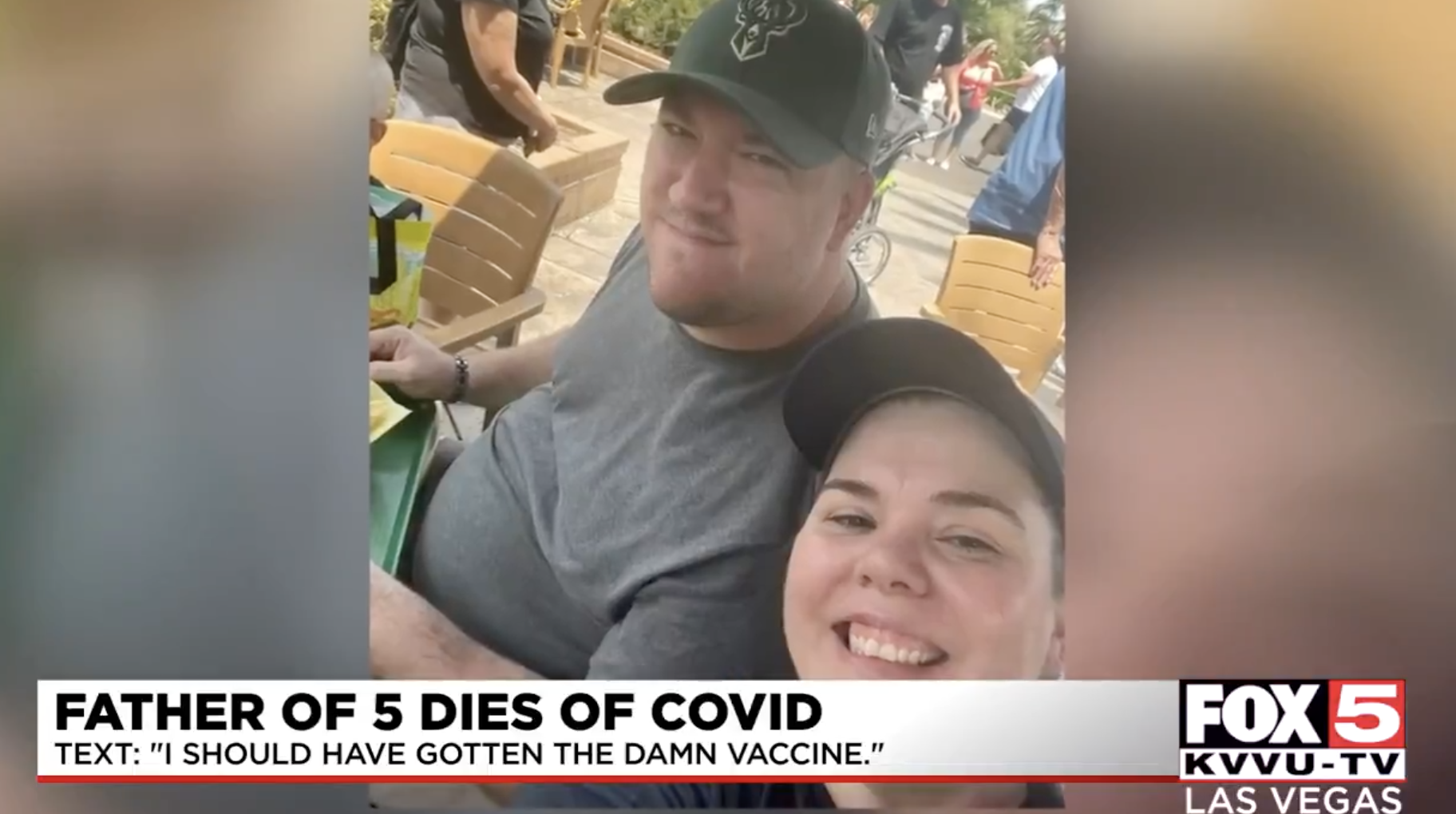 A father of five passed away from COVID-19 after choosing not to take the vaccine, telling his fiancée he regretted his decision before his death.

The Las Vegas man, 39-year-old Michael Freedy contracted the virus while on vacation in San Diego, California with his fiancée Jessica DuPreez and their kids, who are 17, 10, 7, 6, and 17 months in age.

People reports that Freedy texted DuPreez, “I should have gotten the damn vaccine” while he was hospitalized.

DuPreez told Fox5 that she and Freedy “wanted to wait just one year from the release to see what effects people had, but there was never any intention to not get it.”

She and her oldest kid have now been vaccinated following Freedy’s death.

“He is only 39,” DuPreez said. “Our babies now don’t have a dad. You can’t say I am young and it won’t affect me because it will.”

DuPreez has set up a GoFundMe for financial assistance, with it raising over $20k of its $25k goal as of this writing. “Hug your loved ones. Because it turned so fast,” Dupreez wrote in an update on the GoFundMe campaign. “And I would give practically anything to hear Mike say my name and hug me and be able to tell him I love him more than ever.”

At first, Freedy thought he had sun poisoning and not the virus, but tested positive after experiencing symptoms like chills and lack of appetite.

He was later admitted to the hospital where he was placed on breathing machines before succumbing to the disease.

Michael Freedy sent a text message to his fiance as he was hospitalized with COVID-19: “I should have gotten the damn vaccine.” Freedy died Thursday morning. @KimPassoth has his story. 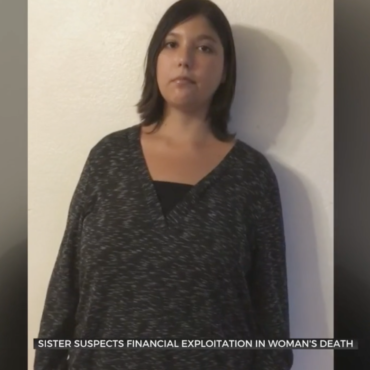 Do You Believe It? Body of Okla. Teen Missing Since 2018 Is Found Decomposed in a Basement, Homeowner Says He Had No Idea

Police in Norman, Okla., are investigating the death of a teenager whose decomposed body was found in a basement of a home near the University of Oklahoma campus. via People: Margarita “Maggie” Sandoval was 19 years old when she vanished in 2018, and some family members wondered what had happened to her. “We knew something was wrong when she stopped calling my mom,” Taylor Hearon, Sandoval’s sister, told Local News […]