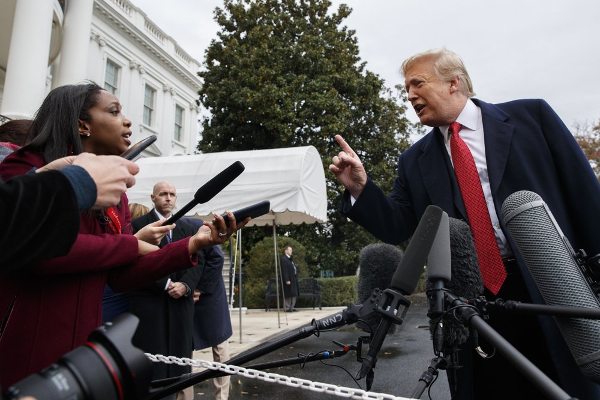 Black Girl Magic personified! Abby D. Phillip is the new anchor of “Inside Politics Sunday” and she has also been named CNN’s senior political correspondent. Woot! Celebrate inside….

As we come to the close of the Trump era (thankfully), a fresh era of black woman empowerment is on the horizon. Naturally, we’re here for it. More black women leading news shows on television? Sign us up!

2020 was a breakout year for political correspondent Abby D. Phillip – aka our favorite Explainer In Chief – as she covered all things politics during Trump’s reign of terror on the nation and the 2020 election.

Now, she’ll be delivering all the political facts as HOST on CNN’s “Inside Politics Sunday” later this month, replacing CNN’s John King.

”I’m so thrilled to be taking the reins of Inside Politics Sunday from my friend and colleague @JohnKingCNN starting on January 24th,” the 31-year-old journalist tweeted. “Could not be more proud to be joining this incredible @CNN franchise!”

”Inside Politics Sunday with Abby Phillip” will air on Sundays from 8-9 a.m. EST, beginning January 24th.

Not only that, she has also been named CNN’s senior political correspondent. New year, new OFFICIAL role. Let’s hope that means more coin as well.

As the nation awaited the results of the 2020 election, Abby was catching everyone’s attention with her political commentary, especially black women since she was allowed to sound off on issues in a way that her fellow white journalists couldn’t. It was refreshing to see a young, black woman share her views on America so eloquently.

In 2018, Abby was amongst a group of reporters to question Trump outside of the White House to ask if he wanted acting attorney general Matthew Whitaker to “rein in” special counsel Robert Mueller. In response, he called her question “stupid” before walking away. Sis didn’t take it personal. She used that as fuel to continue bringing the American people the FACTS. Covering news under Trump definitely kept her busy having to fact-check everything he would say since he loves to LIE.

As you know, Kamala is the first Black woman and First South Asian woman ever to be elected VP. The doc “will tell the story of Kamala Harris’ early life in Berkeley and her history-making career as a prosecutor and lawmaker.” We will be tuning in.

They should have made the title “Making HERstory!”

Congrats Abby! Setting our alarms now to get up Sunday morning (starting Jan. 24th) to watch!

Whew! Where are the tissues?! Chadwick Boseman’s widow - Simone Ledward Boseman – speaks out for the fist time since the passing of her husband. She accepted an award at the IFP Gotham Awards on his behalf and her speech has us tearing up. See the touching tribute inside… The world was utterly shocked when news boke that Chadwick Boseman died. The Black Panther star died in August at the age of 43 from stage III colon cancer. He had […]