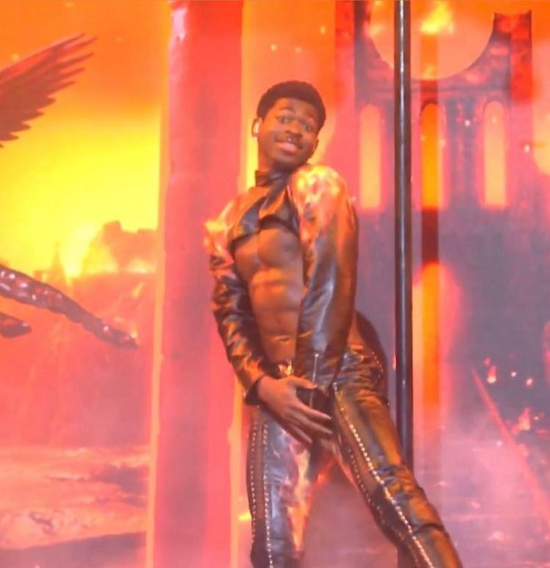 It was a weekend choke-full of TV performances! Lil Nas X suffered a huge wardrobe malfunction during his “Saturday Night Live” performance, which caused quite a stir online. Get the inside scoop on what happened, plus check out performances by a handful of your faves at the 2021 Billboard Music Awards inside…

Lil Nas X had one hell of a time leading up to his “Saturday Night Live” performance over the weekend.

The “Old Town Road” artist was the musical quest for the “SNL” season finale, which was hosted by Anya Taylor-Joy. Before his performance, Lil Nas X launched his performance with a Pride-themed sketch to raise awareness for the LGBTQ+ community.

The controversial artist had to switch up his routine to his “Montero (Call Me By Your Name)” performance on NBC’s “Saturday Night Live” after his pants ripped open. Yikes!

Almost three quarters into his performance, Lil Nas X’s pants split while doing his pole chreography and he didn’t hide it very well. He quickly grabbed his crotch with his hand and kept it there for the rest of the performance.

”i know i do a lot of planned shit but ripping my pants on live television is not one of them,” he tweeted.

LMAO I RECORDED IT pic.twitter.com/FL7K6xg2aX

”i wanted to do my pole routine so bad this what i get lmaoo,” he tweeted.

Turns out, even before he hit the stage he was dealing with issues with his “SNL” performance. COVID-19 had everything to do with it:

at first i was afraid to even perform. then we rehearsed for 2 weeks, then all of the dancers got removed because one had covid and new ones had to learn the routine in 24 hours, and then i ended up ripping my pants and couldn’t finish. everything happens for a reason tho lol

”at first i was afraid to even perform. then we rehearsed for 2 weeks, then all of the dancers got removed because one had covid and new ones had to learn the routine in 24 hours, and then i ended up ripping my pants and couldn’t finish. everything happens for a reason tho lol,” he tweeted.

Watch the reaction he shared on social media below:

Oh, and that face lick:

He also performed his new track “Sun Goes Down” which you can check out below:

As for other weekend performances…

The 2021 Billboard Music Awards featured performances from a few of your faves, Doja Cat & SZA.

The ladies served up art, fashion, sexy and choreography for their “Kiss Me More” performance. Both ladies love experimenting with their creativity, so the dancers wearing the orange helmets were the perfect touch.

Watch the ladies do their thing above.

DJ Khaled joined forces with singer H.E.R. and the Migos to perform their new anthem “We Going Crazy.”

The trio got all the way turnt up to the Shawty-Lo sampled record as the crowd rocked out with them. Check out their performance above.

After hitting the red carpet in custom Valentino, Alicia Keys made her way on stage to celebrate the 20th anniversary of her album Songs In A Minor.

The NYC songstress changed into a Balmain look to perform a medley of her hits from the iconic debut album. Check it above.

The Weeknd may not be here for the GRAMMYs, but he seems to have a good relationship with Billboard.

The Canadian singer – who took home 10 BBMAs trophies – performed “Save Your Tears,” which featured complicated choreography and stunts to entertain the masses. Soak it all in above. 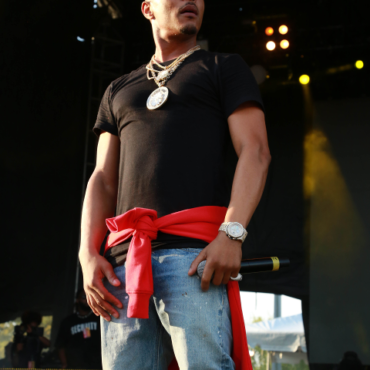 T.I. and his wife Tameka “Tiny” Harris aren’t letting those sexual assault allegations keep them in hiding. The LIBRA rapper – who’s currently being investigated - shared a video of their recent date night after he released a new track where he seemingly takes aim at the women who have accused him of sexual assault. More inside… T.I. got some things off his chest on his new track titled “What […]