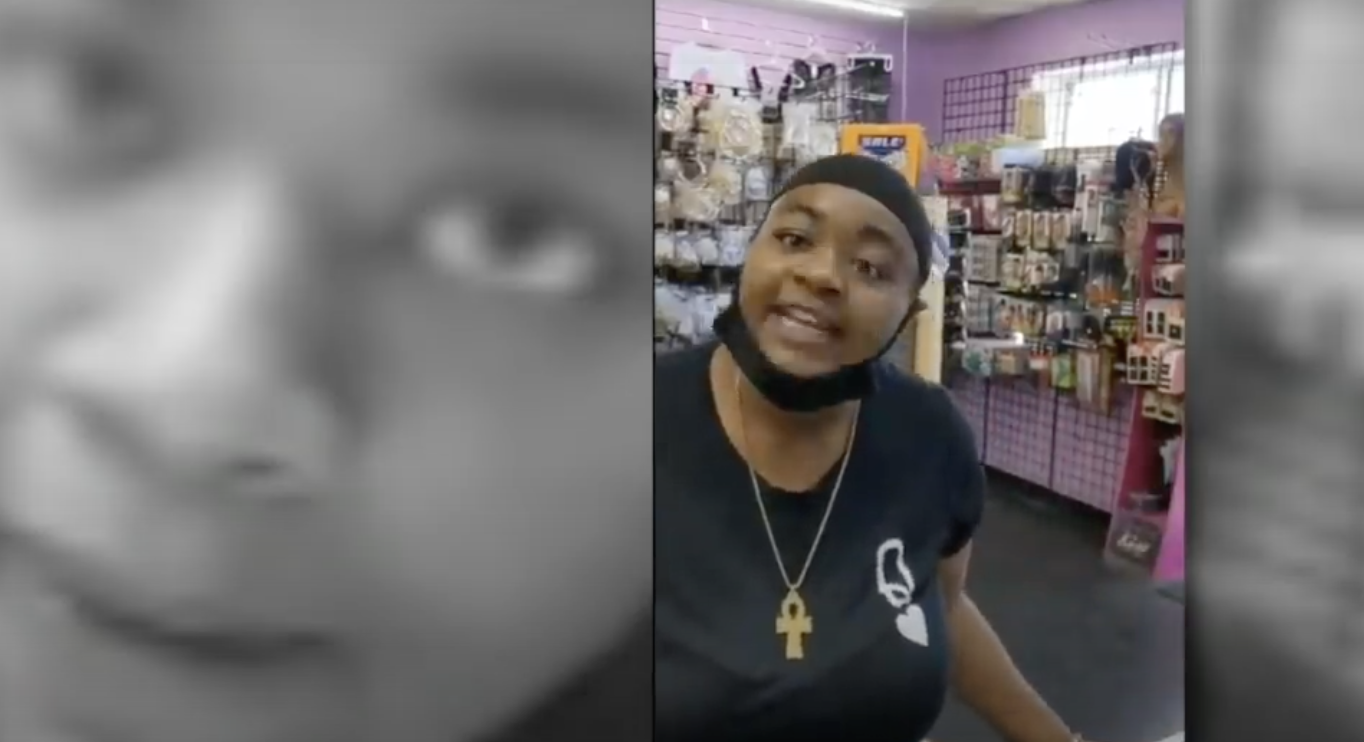 An elderly couple who run a beauty supply store in Cleveland, Ohio, were attacked and beaten by a customer on Friday evening — and the ordeal was captured on camera.

The suspect is now wanted by police for felonious assault and vandalism, with the incident being investigated as a potential hate crime.

News 5 Cleveland reports that the customer, a woman, was trying to purchase $11.85 worth of items with a prepaid debit card that was ultimately declined. “May I please have my items, please? I will leave and get out of your hair. You will never see me in your store again,” the unidentified woman can be heard saying on a cell phone video, captured by the owners.

“All I’m trying to do is get my items, that’s it. I’m not being belligerent,” she added. “We cannot give you anything because it’s not cleared,” the owner responded.

Surveillance footage also shows the gruesome attack. The owners’ son, David Jo, didn’t know about the incident until Monday, when his brother showed him a video clip. “I knew what I was watching but I couldn’t believe what I was watching,” he said. “My father was bloodied up pretty bad. When I saw my mom today, she was crying, she was upset, she had bruises all over her body.”

In the footage, the woman can be seen knocking down Jo’s father, and then jumping behind the counter and attacking both owners after Jo’s mother tells her husband to call the police. Jo’s mother is then dragged by her hair from behind the counter. At one point, the suspect also vandalizes some of the store displays.

“Watching them be so helpless and beaten like that so brutally was tough to watch,” Jo said.

His parents immigrated to the U.S. from South Korea and have had the store for around five years, and have been in the Cleveland area for the last 25 years. Jo said his parents returned to their store on Monday to clean up and open for business.

“All they want to do is, again, work hard and make it here as any immigrants do when they come in and try to make a better life for themselves and their children,” Jo said.

We’re not ones for snitching, but someone will probably see this footage and turn her in.

Disney isn’t here for Scarlett Johannson’s lawsuit over the release of ‘Black Widow’ and has responded to her claims that the company breached her contract by releasing the film on Disney+. via People: “There is no merit whatsoever to this filing,” a spokesperson for the Walt Disney Company said in a statement obtained by PEOPLE. “The lawsuit is especially sad and distressing in its callous disregard for the horrific and […]