The deed occurred in California Friday as cars were edging near an on-ramp to a San Francisco highway.

In the video, a silver Prius could be seen sitting in traffic at the Interstate 80 on-ramp, when a black car pulled up behind it. The traffic moved up, and both cars moved up in lockstep.

Suddenly the driver’s door opened and a man clad all in black jumped out, smashed the Prius’ back windshield, and grabbed a bag.

Within seconds the driver dove into his vehicle and sped away.

The thieves absconded with $7,000 in photo equipment, the occupants of the Prius told KGO-TV. The two real estate photographers, Ben and Masha, said they noticed someone following them after their shoot.

The equipment included a drone and camera equipment, according to KPIX-TV.

“Highway robbery in SF – caught on my TeslaCam,” tweeted the driver who owned the camera. 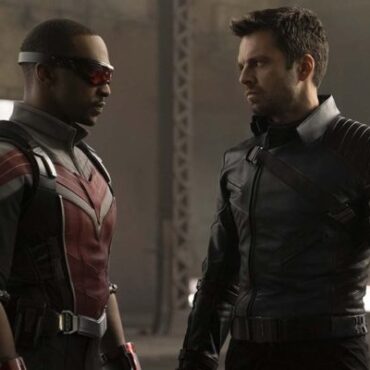 Disney+ gave Super Bowl audiences the first look at the new ‘The Falcon & The Winter Soldier’ series starring Anthony Mackie and Sebastian Stan. If you didn’t catch it during the big game — don’t worry. You can preview the next major Marvel series headed to the streamer below. The post Watch: Disney+ Brings Marvel to the Super Bowl, Premieres New ‘The Falcon and the Winter Soldier’ Trailer [Video] appeared first […]