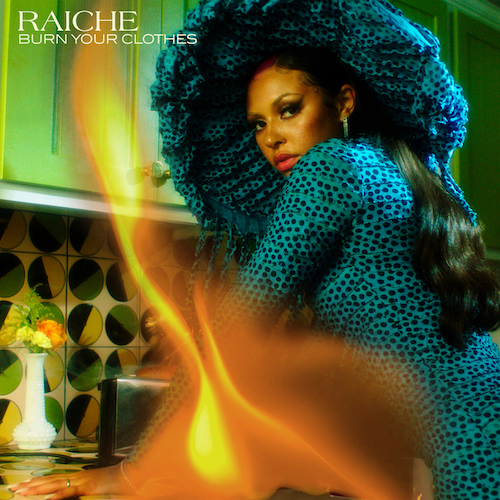 TheYBF.com has the exclusive premiere of RAICHE‘s “Burn your Clothes” video, and we’re talking to the R&B rookie about everything from Sade to soul music inspo to her convictions on colonialism.  Watch below!

Every day there’s a new face on the music scene.  But not every day does that face come with a sound we actually hit ADD TO PLAYLIST extra quickly.

R&B newcomer RAICHE is proving a twenty-something, Boston-area native can have more soul than a little bit.  And we love to see it.

You might have seen or heard one of her popular covers (like, millions of views) of Lana Del Rey’s “Summertime Madness” or Ariana Grande’s “Love Me Harder” on Youtube, or caught her opening for Jacquees or Pink $weats on tour or heard her buzz track “Money Pies”.  Now, she’s working on her own album and dropping her first single (above) from the upcoming project.

Her steamy (literally and figuratively – she’s doing the most with that iron!) “Burn Your Clothes” visuals are giving soulful revenge vibes with a touch of Beyonce’s “Why Don’t You Love Me?” video. And RAICHE says she was definitely going for the flipped out 70’s Housewife vibe.

“The inspiration for the video was a twist on the 70s traditional housewife breaking out of her perfect character,” RAICHE tells TheYBF.com.  “I love David la Chapelle and want to work with him one day in the future but we pulled from his mind and past shoots he’s done. I relate to him a lot creatively. He’s iconic.

Watch the video above before it drops everywhere tomorrow! 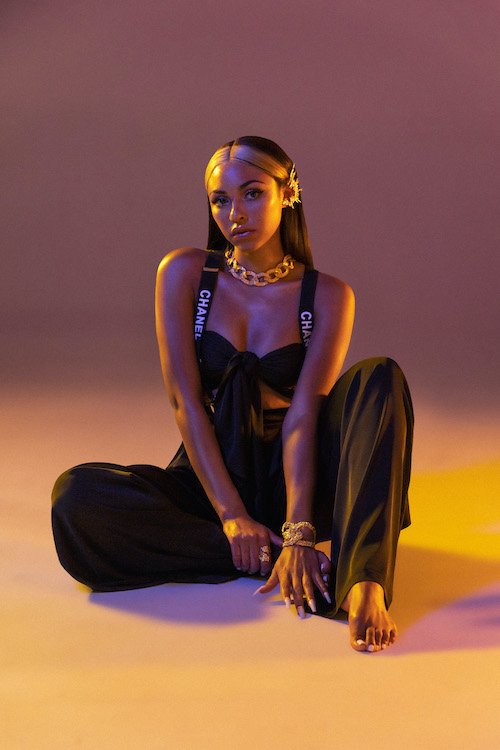 RAICHE also chatted with us more about who she is, and we’ve gotta say, she’s made us fans.  Get into our chat on everything from Sade to soul music to colorism & colonialism to how she defends her vision in this insane world of music.

We love that artists are no longer conforming to a specific box or staying within traditional descriptions of musical genres. The co-mingling of genres is so bomb to us and we love to see it. Describe your sound for us.

“I’d describe my sound as a mix of the retro sound that emerged globally in the 50’s and modern soulful R&B.”

Despite touring with Jacquees and Pink $weats and having a song featured in the major Netflix film (“Drive” in Self Made), you’re still relatively a newbie on the music scene. Artists always say it’s harder than ever to breakthrough and be seen and appreciated, especially longer than 15 minutes. What’s the hardest part of continuing to push through such an impossibly fast paced world of entertainment and music? What would you tell other young women who are goal oriented to keep them inspired to keep going?

“I think the hardest part is getting people to understand your vision. But, it’s slowly all coming together very nicely I’d say. And, I would tell other people who are goal orientated to never second guess the process. If you love it and it truly brings you joy. Continue unapologetically. We don’t always understand the roadmap but we have to trust the process.”

You describe your upcoming album as her “Coming of Age” project, which is an “exploration of self-discovery, self-love, and self-acceptance.” Talk to us about what self love and self acceptance means to you, especially as a woman of color?

“Self love and self expression is important for every human being. Until we truly know who we are and the things we dislike and the things we love, it’s hard to make any genuine impact. With business and relationships, we should feel free to express ourselves (respectfully). There will be people who don’t want to listen or can’t wrap their heads around your logic. But there will also be people who 1000 % hear you and see you and are supportive. Those are your people and that’s your tribe.”

We read that your musical influences range from Bill Withers to Sade to Nancy Wilson and even Adele. Who first introduced you to the Bills and Nancys and Sades of the music world? Why does R&B and soul music resonate with you?

“My parents listened to Bill Withers and Sade when cooking. And, soul music is what comes from a state of true honesty, from the soul….whether it be love or life circumstances. R&B came out of some serious situations. The roots of r&b run deep and that’s beautiful to me.”

We know that one of your dream collaborators is Khalid.  Who would you say an IMMEDIATE yes to a collabo with when it comes to female rappers?

“I would say an immediate yes to Tierra Whack and Erykah Badu. Immediate.”

Rapper Saweetie was trending all weekend after a clip from her and rapper Too Short’s IG Live went viral (again). Too Short specifically praised “mixed women” and said some things about black women that many found problematic. It brought to life a new conversation – that also was trending on twitter – about colorism especially in the music industry.

Being of a multi-racial background (mother is French Canadian and father is Cameroon, Scottish, and Native American) in this music industry, much like Saweetie who did speak up in response, what are your feelings on the discussion?

“Being a multiracial woman. This has always been a recurring topic. I think as people of whatever color we all need to respect all cultures. I think at times it gets messy in between. Like for example I know someone who is Native American and they think that it’s inappropriate to teach colonialism at all…period. But, I personally think we should know it all. We should know exactly what happened to the indigenous people on both sides of the story.”

The one thing you now appreciate more than ever after lock down and this pandemic?

“The one thing I appreciate now more than ever after this lock down would be my quiet nights, days of self care and completely unplugging from all things technology.”

First major purchase when you reach/reached a MAJOR bag?

“My first purchase when I earned a lil bag for myself was a car.”

We can beat anybody on the amount of reality tv we unapologetically consume. What’s your guiltiest pleasure?

“My guiltiest pleasure is probably indulging in foods that I’m not supposed to be eating. Like I genuinely get excited if I get McDonalds. And, it’s not often at all. It’s the naughtiest feeling. And then I feel terrible after. Haha!”

Most insane, unexpected celebrity run-in you’ve had (aside from who you toured with LOL).

“I ran into Neyo when I was rehearsing. He was in the rehearsal space next to me. I got so nervous haha…I just kept replaying his song “So Sick” over and over in my head and I didn’t even know what to say to him. My manager had to make the intro. LOL.”

The song that BEST describes this past year for you?

“YOU DON’T OWN ME by Lesley Gore. Muah!”

A post shared by R A I C H E (@mynameisraiche) 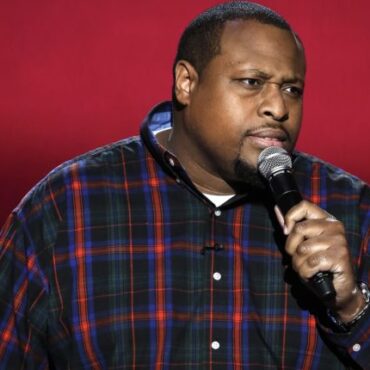 Ricarlo Flanagan, an actor, rapper and stand-up comedian who was a semifinalist on “Last Comic Standing,” died over the weekend of Covid-19 complications, his talent representative confirmed to Variety. He was 40. via: AceShowbiz “Ricarlo was one of the nicest people I have ever met in my life and a joy to work for. He will be missed dearly,” KMR Talent’s Stu Golfman said. The comedian’s family wrote on a […]