Lizzo tapped Cardi B to help clear up some “Rumors” on her new single.

The singer’s latest release, “Rumors,” sees her team up with none other than fellow Atlantic Records signee Cardi B, marking her first solo music since 2019’s Cuz I Love You. While the Grammy-winning singer is plotting her solo comeback, Cardi has already had a hectic 2021; releasing the chart-topping “Up,” which was soon followed by DJ Khaled’s “Big Paper,” Migos’ “Type Shit,” and Normani’s “Wild Side.”

Lizzo also dropped off the official Tanu Muino-directed video for the track, which you can check out up top.

Revealing Cardi as the featured artist on her new single this month, Lizzo posted a video to Instagram, showing her FaceTime a contact called “’RUMORS’ Feat…” Of course, Cardi picked up the phone, but Lizzo had some jokes for her fans—who may or may not have wanted to see her team up with a former One Direction member.

In terms of actual rumors this year, Lizzo has usually kept things on the joking side. In fact, she made her own rumor earlier this summer that she’s expecting a baby with Captain America himself, Chris Evans.

“This is something that I’ve been really trying to keep personal and private between me and the father of my child, but since we’re airing out all the rumors today, I’ve been sucking in. We’re gonna have a little America,” Lizzo said in a TikTokk over the theme for Captain America: The First Avenger.

Chris eventually replied, messaging her on Instagram that he “just heard about our little bundle of joy” and that his “mother will be so happy.” 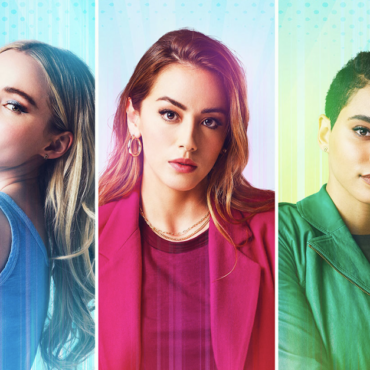 The CW’s ‘Powerpuff Girls’ reboot is facing yet another challenge before even making it to air. Chloe Bennet has exited her role as Blossom in the live-action adaptation. via People: While the show was intended for a fall premiere, The CW announced in May that it would be retooling the pilot, thus pushing back production. The new schedule forced Bennet to opt out, even though Warner Bros. wanted to extend […]