Watch: LeBron James Gets Two Fans Sitting Courtside at Pacers Game Ejected After Pointing Them Out to Officials [Video] 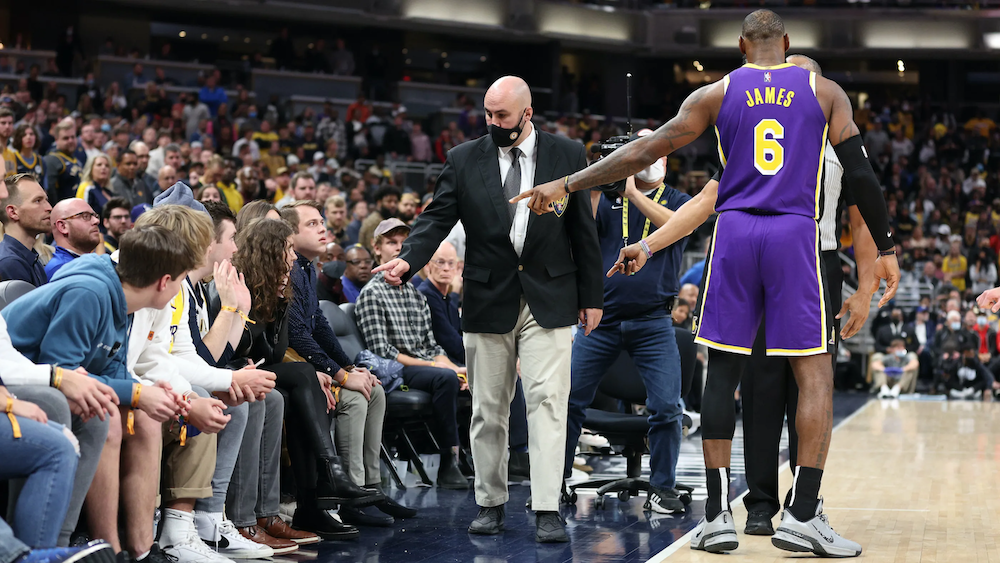 Two fans who were sitting courtside at Wednesday’s Indiana Pacers-Los Angeles Lakers game were kicked out of Gainbridge Fieldhouse arena after LeBron James pointed them out to officials.

After walking over and pointing them out, the two spectators were escorted out of the arena. It’s unclear exactly what the two fans said or did to LeBron to get him worked up enough to get them kicked out.

While speaking after the game, LeBron addressed the situation, saying, “When obscene gestures and language come into it, can’t be tolerated,” CBS4’s Chris Widlic reported. According to USA Today, James added, “There’s a difference from cheering for your team and not wanting the other team to win and things I would never say to a fan and they shouldn’t say to me.”

Despite the incident, LeBron and the Lakers were able to walk away with a win against the Pacers. The final score of the game, which went into overtime, was 124-116. James recorded a season-high of 39 points during the game.

Sports fans can be nasty. We don’t blame LeBron one bit.

LeBron is not happy with these Pacers fans pic.twitter.com/ymuiIquZi9

The post Watch: LeBron James Gets Two Fans Sitting Courtside at Pacers Game Ejected After Pointing Them Out to Officials [Video] appeared first on LOVEBSCOTT. 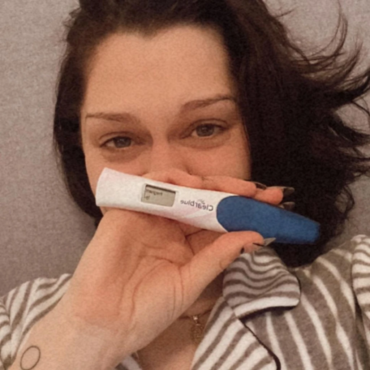 Jessie J has suffered a miscarriage. via Page Six: The singer, 33, revealed the heartbreaking news via Instagram on Wednesday, just a few hours before she’s set to take the stage at The Hotel Cafe in Los Angeles. Beginning her statement with a broken heart emoji, she wrote, “? Yesterday morning I was laughing with a friend saying ‘seriously though how am I going to get through my gig in […]