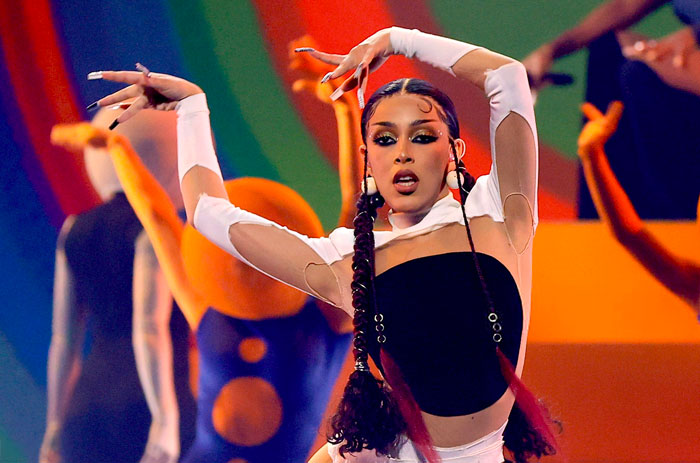 Doja Cat and SZA came together for the first televised performance of “Kiss Me More” at the 2021 Billboard Music Awards.

The singer took fans on a trip to Planet Her during Sunday’s show from L.A.’s Microsoft Theater. Doja was joined by SZA for the first performance of their top 5 hit “Kiss Me More.” Dressed in a futuristic black-and-white outfit, Doja recreated moves from the music video while joined by her dancers, donning orange headpieces. SZA, rocking yellow hair, also dropped in for the intergalactic party, which ended with their bodies intertwined.

Doja, who was nominated for five awards, also took home the award for Top R&B Female Artist during the pre-telecast.

“Kiss Me More” is currently No. 5 on the Billboard Hot 100, while Doja’s new album Planet Her is due this summer featuring collaborations with The Weeknd, Ariana Grande, Megan Thee Stallion, and Young Thug.

Watch the moment below and click here for the night’s winners. 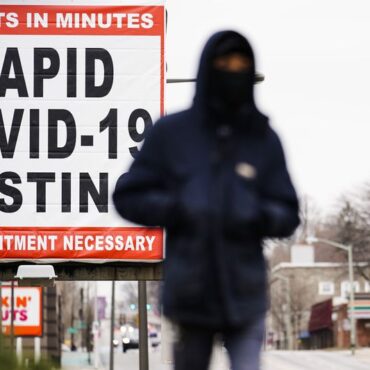 There’s been an update on COVID-19 protocols from the CDC:  fully vaccinated Americans can largely skip getting tested for the coronavirus. via NYDN: The Centers for Disease Control and Prevention said last week that most people who have received the full course of shots and have no COVID-19 symptoms don’t need to be screened for the virus, even if exposed to someone infected. The change represents a new phase in […]