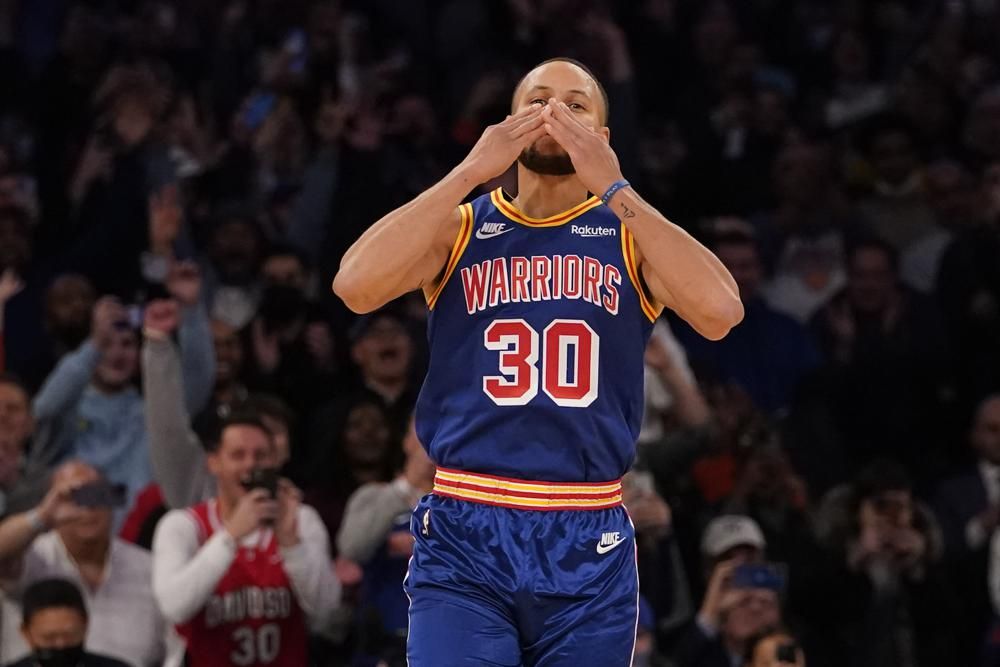 Steph Curry has been crowned the KING of 3-pointers after breaking Ray Allen‘s record during last night’s victory over the New York Knicks. He got emotional after reaching his 2,974th 3-pointer where he walked over to his dad Dell Curry, gave him the ball, and went in for a big celebratory hug. Watch it all go down inside…

CONGRATS are in order for Golden Warriors player Steph Curry! He was just crowned the NBA’s all-time leader in three-pointers made!

MSG was rockin’ with Steph as he made history @notthefakeSVP | @StephenCurry30 pic.twitter.com/7kwjP3jMk9

The Golden State Warriors guard became the GOAT shooter last night in a 105-96 win over the New York Knicks at Madison Square Garden when he made his 2,974th 3-pointer of his career. The shot pushed him passed Hall of Famer Ray Allen, who previously held the title.

Watch the moment he makes the winning shot below:

A historic shot for @stephencurry30. pic.twitter.com/93iqFKJ9LN

Curry was able to reach the goal in 789 games while Allen racked up that many 3-pointers in 1,300 career games, which goes to show you how talented and why he’s the GOAT shooter of the NBA.

After landing the shot, the 33-year-old baller ran over to where his dad/former NBA player Dell Curry was sitting courtside to give him the ball and grab a hug in celebration of his big feat:

It all started with a dream. pic.twitter.com/BoJj9Ce00b

Steph’s mom, Sonya Curry (above), was also in attendance to see her son make history. She was sitting in a separate area than Dell as they are amid a divorce. News about them splitting made headlines back in August.

The record-breaking shot came early in the first quarter of the game with 7 minutes and 33 seconds left. And get this, Ray Allen was in the audience. He embraced Steph after he broke his record:

“I never wanted to call myself the greatest shooter until I got this record. I’m comfortable saying it now,” Steph said after breaking the record.

“It was a beautiful ending to this last week,” Steph said after the game. “The buildup to getting this number, it was a special atmosphere. I knew the Garden would deliver just in terms of how iconic this place is — I can’t say it enough, I appreciate so much the way the fans embraced the moment with me and let me kind of get lost in it. I could feel it. Once I took the shot on the wing, it just felt good, looked good — it felt like we were at home.”

”It was a special moment, for sure, that I appreciate and I’ll remember for the rest of my life, in terms of what it means to me to pass Ray,” Steph added. “Him and Reggie [Miller], guys I’ve looked up to coming into the game. Definitely special.”

Love him or hate him, Steph Curry has changed the way the game is played forever.

Just landed in Dallas to see @StephenCurry30 broke the record and to make it even doper he did it in the GARDEN!! WOW CONGRATS BROTHER!! INCREDIBLE

”Just landed in Dallas to see @StephenCurry30 broke the record and to make it even doper he did it in the GARDEN!! WOW CONGRATS BROTHER!! INCREDIBLE,” he tweeted.

Another highlight of my night was seeing Reggie Miller, Ray Allen, and Steph together…three of the greatest shooters to ever live! The fourth greatest shooter plays for the Warriors as well, Klay Thompson.

Congrats to my friend and @UnderArmour teammate. What an accomplishment @StephenCurry30 https://t.co/n34CNkJQZF

NBA commissioner Adam Silver congratulated Curry in a statement released during the game.

”It was thrilling to see Steph break the NBA's all-time record for three-pointers," Silver said. "He has revolutionized the way the game is played and continues to leave fans in awe with his amazing artistry and extraordinary shooting ability. We congratulate him on this historic achievement."

Ayesha Curry - Steph’s wife and mother of his three children - posted a tribute to celebrate her husband’s accomplishment:

Man Dell Curry had himself an unforgettable night too pic.twitter.com/hs2bCK4Rgo

Single daddy Dell Curry was seemingly having loads of fun snapping flicks with young women on the court, including Instagram model Ana Cheri. 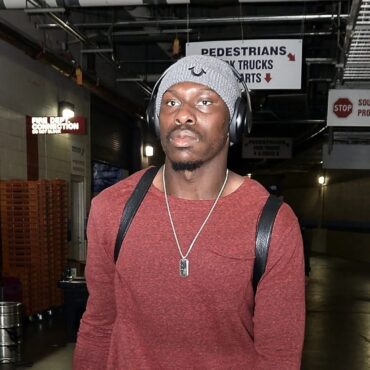