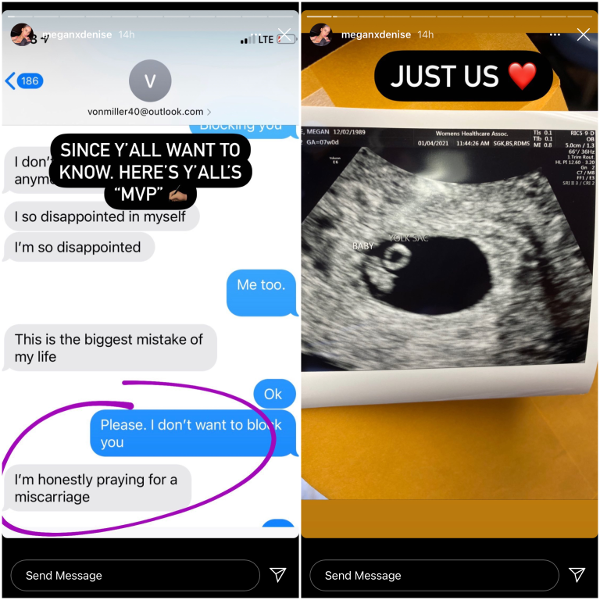 Denver Broncos star linebacker Von Miller and his pregnant ex-girlfriend Megan Denise are beefin’ on social media! She claims he texted her that he has been praying she has a miscarriage (assuming she’s pregnant with his baby) and shared receipts! Get the latest inside…

2021 has come in with the foolishness! We’re not surprised either.

Denver Broncos All-Pro and SuperBowl MVP linebacker Von Miller and his ex, IG “model” Megan Denise, have called it quits.  Things have gotten super  ugly too. Megan is currently pregnant – likely with Von’s baby – and apparently, the Super Bowl winning champ is showing his WHOLE a** – IF the text messages are real.

After the breakup, Megan – who had “Vonnie” tatted on her chest a little while back – took to Instagram to share the news that she and Von had called it quits. Turns out, the announcement was made after he allegedly threatened her to get an abortion. When that didn’t work, he allegedly sent her a text that said he had been praying she suffers a miscarriage. WOW!

In the alleged text messages, the Defensive Rookie of the Year told Megan he was praying for a miscarriage because she was the “biggest mistake” of his life.

If these are real screenshots of their text conversations, he’s trash. Even if he felt this way, he could have kept it to himsef.

In response, Von posted (and deleted) on IG Stories:

”Fake News. Lol The reality of somebody leaving you make some people literally crazy. Classic Trap,” he wrote.

He didn’t specify what was “fake news” exactly, though.  It was all good less than a month ago! Von and Megan – who claims to be a licensed esthetician – put their love on front street when she accompanied him to the 2018 ESPYs in Los Angeles. Since they hit the red carpet together, they were spotted at several public events together

It’s alleged Megan is a former stripper who transformed her brand into an IG model.

Chile, the Internet has been eating Von’s a** up over the alleged text messages. Peep a few responses below:

Von Miller baby when it is born after hearing what Von said pic.twitter.com/IrBnr5vHc0

All of us with our grandparents on Zoom pic.twitter.com/XlsgXHaTL4

Von Miller baby in the incubator listening to his parents arguing in the hallway pic.twitter.com/slUWu29RPf

If he did actually send this and if this woman is the mother of his child, he will likely regret this. 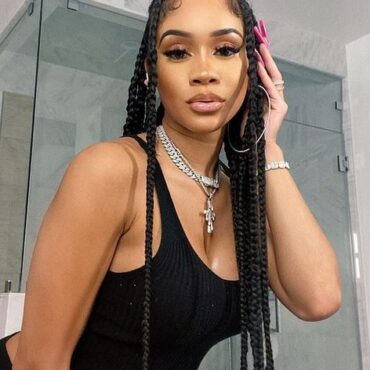