Vivica A. Fox Posts Throwback Coupledom Flick With Ex 50 Cent After Responding To His Current Girlfriend Over Interview 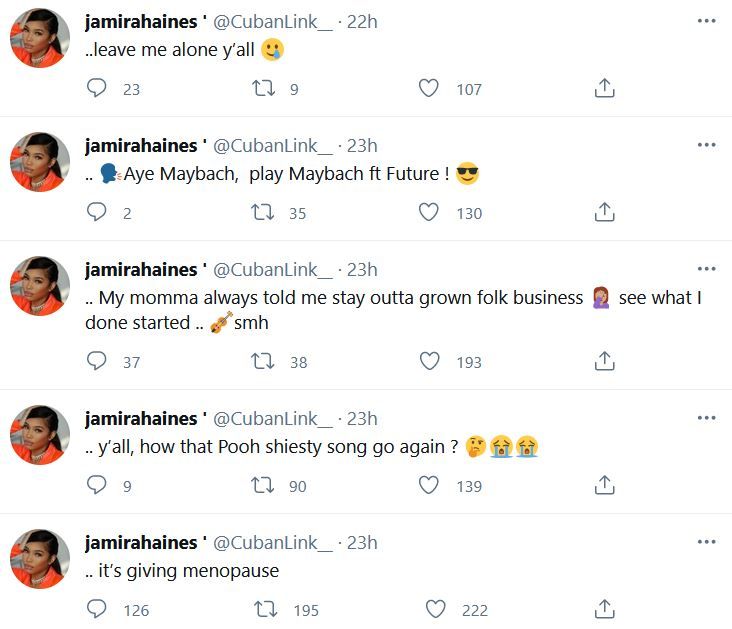 Lordt, what is going on?! Vivica A. Fox did an interview where she talked about how her ex-50 Cent was the love of her life and she still has a special place in heart. Fif’s current girlfriend Cuban Link chimed in, which caused Viv to pop back. Oh, Fif responded to Viv’s interview and his response may surprise you.

Vivica A. Fox has stirred up some drama online and it involves her ex-boyfriend 50 Cent and his current girlfriend Cuban Link .

“The main thing that killed the relationship is that we just went way too public way too fast,” the Independence Day actress said about her romance with 50 Cent. The two started dating in 2003 when Viv was at the height of her career and Fif was breaking out as a solo rap artist. They dated for a few months and called it quits. However, Viv still has a lot of love for Curtis Jackson.

”The love that I had for him and still to this day…will always like…he was the love of my life, I will admit that without any reservations.”

The Two Can Play That Game actress believes had they waited to go public with their relationship, it would have lasted longer. Ultimately, that’s what broke them up.

She continued, “He will always have a very special place in my heart. But the reason why the relationship ended was because we just went public way too fast, had way too many people in our business.

”If I was to have a chance to do it over, it would be that we stayed private a lot longer, but we got too many people in our business and you know, that’s what killed the relationship, unfortunately.”

Peep the clip from the interview below:

50 Cent was asked his thoughts about Vivca speaking on their former relationship by radio host Kris Kaylin. And he shockingly wasn’t shady or disrespectful.

“I’m never bothered by when she says that,” he said. “At the time that we actually interacted with each other, we weren’t conscious of everything else that was going on.”

The “Power” producer reiterated what Vivica said about having too many people involved in their relationship, and suggested it may have lasted had it remained private.

50’s current girlfriend Cuban Link also caught wind of the interview on TSR and responded in the comments. She wrote “Aww” along with a violin emoji.

The Kill Bill actress then hopped on IG Stories with a clap back where she made sure to tag Cuban. Viv told Cuban not to get nervous and to stay in her “bag”:

Then, Viv took it to another level when she followed in Diddy’s footsteps when she posted a throwback coupledom flick of herself and 50 Cent:

”.. My momma always told me stay out grown folk business see what I done started [violin emoji] smh,” she continued. 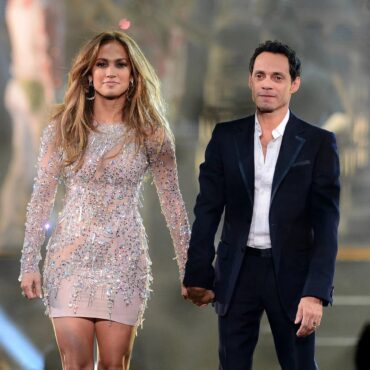 Jennifer Lopez may be getting back with ex-fiancé Ben Affleck, but she still has time for ex-husband and the father of her kids, Marc Anthony. via People: On Thursday, Jennifer Lopez was spotted at the W Hotel in Miami Beach, chatting with her ex-husband Marc Anthony over coffee, according to a source. Lopez, 51, wore a lavender workout outfit and hoop earrings, while Anthony, 52, sported an orange Miami Marlins […]