Virgil Abloh – The Fashion Visionary Who Shifted The Culture – Dies Of Cancer, Kanye West Dedicates Sunday Service To Him, Celebs Pour Out Tributes 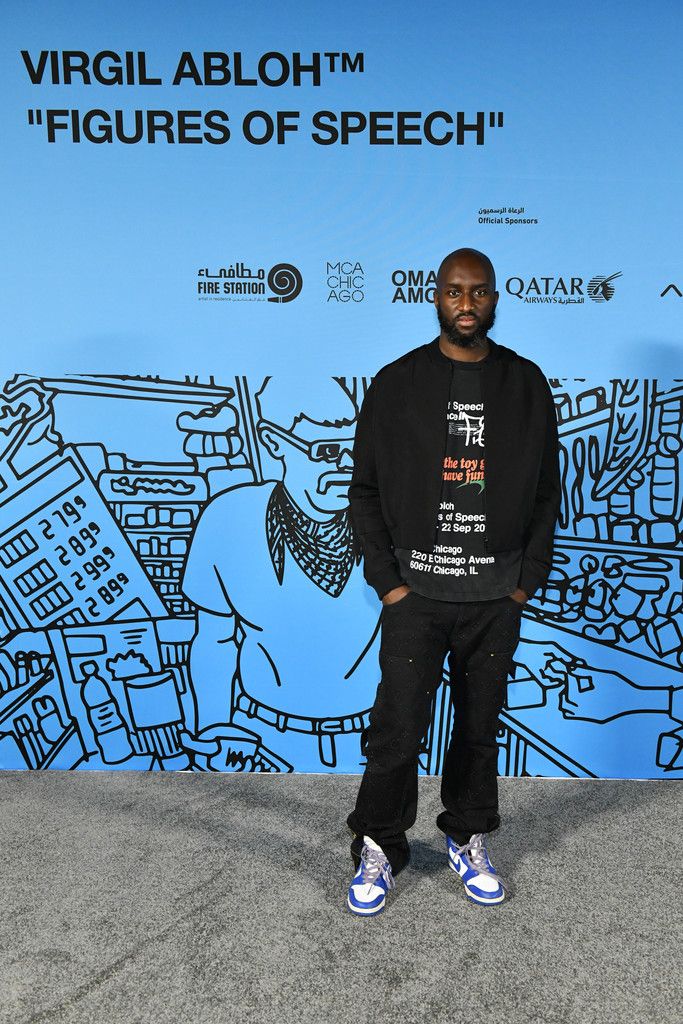 Tributes are pouring in after it was announced Virgil Abloh – founder and CEO of Off-White & the first Black man to be an artistic director at Louis Vuitton – died after a secret battle with cancer. He was 41. More inside….

The fashion world has been rocked after learning one of its genius designers suddenly passed away.

Much like the late Chadwick Boseman, the devoted father, husband, brother, son and friend was secretly battling cancer.

”We are devastated to announce the passing of our beloved Virgil Abloh, a fiercely devoted father, husband, son, brother, and friend. He is survived by his loving wife Shannon Abloh, his children Lowe Abloh and Grey Abloh, his sister Edwina Abloh, his parents Nee and Eunice Abloh, and numerous dear friends and colleagues,” the post read. 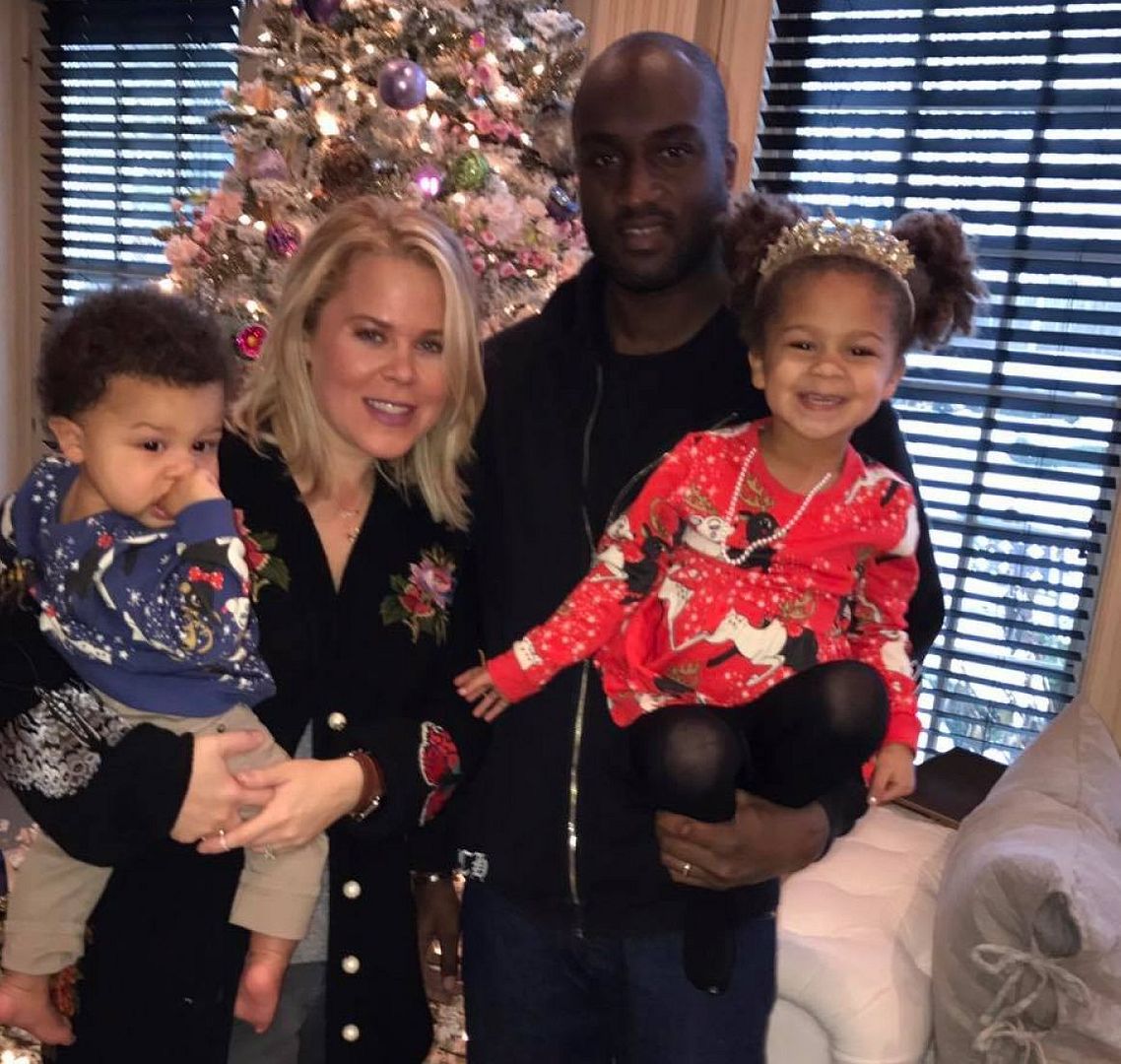 ”For over two years, Virgil valiantly battled a rare, aggressive form of cancer, cardiac angiosarcoma. He chose to endure his battle privately since his diagnosis in 2019, undergoing numerous challenging treatments, all while helming several significant institutions that span fashion, art, and culture.”

”Through it all, his work ethic, infinite curiosity, and optimism never wavered. Virgil was driven by his dedication to his craft and to his mission to open doors for others and create pathways for greater equality in art and design. He often said, ‘Everything I do is for the 17-year-old version of myself,” believing deeply in the power of art to inspire future generations.'”

“We thank you all for your love and support, and we ask for privacy as we grieve and celebrate Virgil’s life.”

The fashion visionary was known for his innovative work at Louis Vuitton (one of the oldest and most powerful luxury groups) as the menswear artistic director.

In March 2018, Virgil became the first Black man to become an artistic director at Louis Vuitton, and the third to lead a French luxury fashion house. It’s not every day a Black man is at the top of a French heritage house. It’s almost unheard of, so the fact that Louis Vuitton shook things up with some melanin magic was music to our ears.

He broke barriers, he shifted the culture and opened doors for young, Black designers in high-end fashion.

Louis Vuitton is the largest brand in the stable of LVMH Moët Hennessy Louis Vuitton. They released a joint statement following the announcement of Virgil’s death:

His brand, Off White, also released a statement:

Once news began to spread about his death, the tributes started pouring in.

Joining forces with musicians, Virgil also designed and was the creative director behind several of albums.

Albums Virgil Abloh has either designed or served as Creative Director for. pic.twitter.com/UXpjFdUGZb

The former Fendi intern was also a longtime collaborator of Kanye West (now known as “Ye”). Recently, he worked as the rapper’s creative director for DONDA. He also designed some Kanye’s most iconic album covers, including My Beautiful Dark Twisted Fantasy and Yeezus, as well as a cover for A$AP Rocky and others.

Not long after Virgil’s death announcement, Ye dedicated his latest Sunday Service to his friend.

He had his Sunday Service Choir help pay tribute to his friend. The choir did a rendition of Adele’s new hit “Easy On Me” with a gospel twist.

Special tributes from celebrities, fashion designers, fashion brands, and more have been pouring in. Check out some below:

We would like to extend our most heartfelt condolences to the loved ones of Virgil Abloh, an immense inspiration to us all both as a designer and as a person. He will be deeply missed though his vision will live on through the trails that he blazed throughout his career. pic.twitter.com/T8gXyNkJzH

«So sad to hear about the passing of dear Virgil, one of the kindest people you could meet. My thoughts to Shannon and the rest of his family» Kim Jones

«Rest in peace dear Virgil. I will forever cherish our roman days. My thoughts are with your family» Silvia Venturini Fendi pic.twitter.com/nNXNhgy7CW

The Versace team would like to extend our deepest condolences at the sad news of Virgil Abloh’s passing. A visionary within the world of fashion, his presence will be deeply missed and his legacy with us forever. pic.twitter.com/M3D4k3vVJX

The Prada Group would like to express its deepest condolences to Virgil Abloh’s family and loved ones in this moment of sorrow. pic.twitter.com/pL3wQk4tC2

We are heartbroken by the news of Virgil Abloh’s passing. pic.twitter.com/JurKPSItn3

“I am heartbroken by the news of @VirgilAbloh‘s passing. He was such a brilliant designer who has paved the way for many young creatives. My thoughts are with his wife and his two children” said Maria Grazia Chiuri as she pays hommage to Abloh’s incredible creative legacy. pic.twitter.com/7NSBxcSAzw

Too soon Virgil. You will be missed from this world man.

My heart is broken

Virgil you were a kind, generous, thoughtful creative genius

Sending love and light to your wife, children, family and day ones

you’re with the Master now, shine

You just never know what someone is going through…

May he rest in POWER. 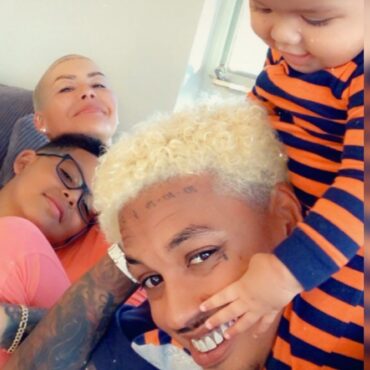 AE Apologizes To Amber Rose, Says He Wants Her Back After He LAUGHED About Cheating + Xzibit & Dr. Dre Joke About Their Divorces

It seems Amber Rose’s son’s father Alexander “AE” Edwards has realized the grass isn’t greener on the other side after openly admitting and laughing about cheating on her with several women. Now, he wants her back. Also, rap homies Xzibit and Dr. Dre joke about their divorces with new merch! Everything inside… Now that Hot Boy Summer is over and it’s cuffing season you want your ex back? Oh. Some […]