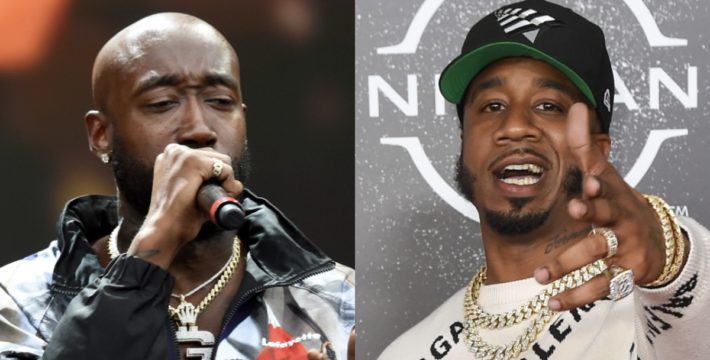 Photos of Freddie Gibbs with an apparent swollen eye have surfaced online following rumors that the Indiana rapper had an altercation with associates of Benny The Butcher.

Video has surfaced of Freddie Gibbs’ alleged involvement in a fight over the weekend in Buffalo.

New video of Freddie Gibbs getting attacked by a mob of people ? pic.twitter.com/UqfdFRYm1S

TMZ also confirmed the footage, which was taken by a bystander at Dinosaur Bar-B-Que in Buffalo, where Gibbs was in town for his Space Rabbit Tour with support from Zack Fox, MIKE, and redveil.

In the clip, a man who appears to be Gibbs is seemingly fighting his way out of a group of people. The men jump on him, but he eventually manages to get out.

A tweet that has gone viral revealed an unconfirmed report that Gibbs’ chain was stolen during the altercation.

Freddie Gibbs got jumped and had his chain snatched in Buffalo… and he still came out to perform pic.twitter.com/TGAhGffxxP

produce the stolen rabbit ??? y’all believe anything on the internet @FreddieGibbs pic.twitter.com/8xJ8nlu57j

all that and y’all still didn’t get his chains ?? https://t.co/7Q7uGERFdO

People have connected the attack on Gibbs to Benny the Butcher, who he has beef with. However, it hasn’t been confirmed if the people in the clip were actually associated with Butcher.

Freddie Gibbs and Benny The Butcher have been verbally sparring with each other for the past few months with Gibbs trolling the Griselda rapper on social media. Their feud initially started when Benny claimed that a possible collaboration with Gibbs “came and went” during Spotify’s Most Necessary Live interview. Gibbs took offense and has been poking fun at Benny, even mocking his November 2020 attempted robbery incident where the rapper was shot in his leg.

Gibbs and Benny collabed on “One Way Flight,” a single on Benny The Butcher’s 2020 Burden of Proof album.

The post Video Appears to Show Freddie Gibbs Getting Into Altercation With Group of People in Buffalo [Photos + Video] appeared first on LOVEBSCOTT. 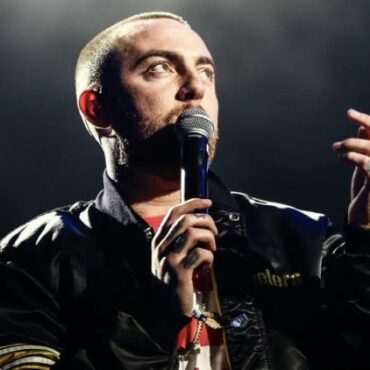 Mac Miller’s Drug Dealer Has Been Sentenced To 17.5 Years In Prison For Supplying Counterfeit Pills

Another man involved in the drug deal that led to Mac Miller’s 2018 overdose has been sentenced to more than 17 years in prison for his role in the selling of fentanyl-laced pills. via: Uproxx 49-year-old Stephen Walter, one of the men who sold Mac Miller the pills that caused the rapper’s fatal overdose in 2019, has been sentenced to 17 and a half years in prison after he pled […]