Variety Cover Star Whoopi Goldberg (You Gotta See These Pics!) Is Writing A Superhero Film About An Older Black Woman ‘Because That’s Who’s Really Going To Save The World’

Older Black women are the real superheros and Whoopi Goldberg is going to write the script for a film about them. Let’s talk about it! Get into her cover for Variety magazine (shot by an all black team) and deets on her exciting new project inside…

Thirty years after Whoopi Goldberg officially became an Oscar winner, the global superstar relived the moment she won a gold statue during the 1991 Academy Awards for her role in Ghost over a Zoom call from her New Jersey home with Variety magazine. It was her second time at the Oscars, and her mother missed out on the moment.

“My mom did not want to come because she felt that she came to the first one and didn’t want me to see her looking disappointed or upset,” recalls Goldberg, referring to the 1986 ceremony. Fortunately, the supporting actress award is the first of the night, so neither Goldberg nor her mother had to wait long to learn her fate. “And then I won, and it was like, ‘Of course, the day you don’t come.’”

“I couldn’t look glamorous like other people look glamorous. I wasn’t thin and I wasn’t a white lady, so I had to find my own style.”” pic.twitter.com/NKAoTphwjE

Watch Whoopi Goldberg react to seeing the moment she won best supporting actress at the #Oscars in 1991.

The legendary entertainer and EGOT winner breaks down the historic win in this week’s cover story: https://t.co/7Kimk6ZcpO pic.twitter.com/Q5JI4EzekX

Don’t get it twisted. She was a FAB chick then and she’s still one now…

The EMMY, Grammy, Oscar and Tony Award winner – one of fifteen – graces the cover of Variety magazine’s Royalty issue where she opens up about writing a script for a superhero movie about an older Black woman who gets powers. It’s a subject she’s very familiar with as her love for superheros runs deep.

“Since I was a little kid, I’ve been obsessed with superheroes,” the 65-year-old entertainer said. “They’re all saving the Earth all the time. But do you know who’s really going to save the Earth? Old Black women.”

And where’s the lie? Black women are always saving the day, so we’re here for Whoopi’s superhero spin on a bomb character.

In other news, Whoopi is gearing up to reprise her role as the lounge singer-turned-nun-whisperer Deloris Van Cartier aka Sister Mary Clarence in “Sister Act 3” for Disney Plus. It’s been a long time coming as Whoopi and the studio have been going back and forth for years over the premise for the third installment. Tyler Perry is joining forces to co-produce alongside Whoopi along with “Evil Eye” author Madhuri Shekar writing the screenplay.

“Marc Shaiman [the franchise’s composer] is just waiting,” Whoopi teased. “The nuns are all waiting. Maybe there’s gonna be some of the kids [from ‘Sister Act 2’]. Who can say?”

Yaassssss! Do you think Lauryn Hill will make an appearance? We shall see.

If you didn’t know, Whoopi is BOOKED & BUSY. In addition to those projects, Whoopi is producing “The Emmett Till Story” and preparing to return as Guinan on “Star Trek: Picard.” We love to see it.

You can read more from her Variety piece here.

More OSCAR talk from the EGOT below:

By the way, “The View” co-host had a team of black professionals (Styling: Jason Rembert; Makeup: Karen Dupiche; Hair: Derick Monroe) to get her all the way together to slay the magazine photoshoot: 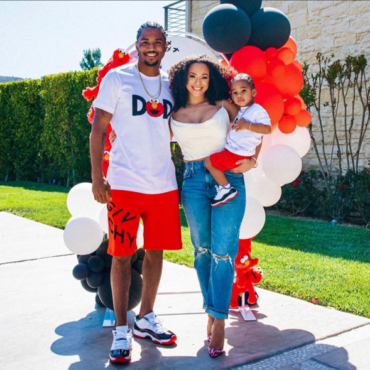