Vanessa Bryant is still dealing with the tragic and shocking loss of her husband Kobe and daughter Gianna. Part of that process sadly includes Vanessa Bryant having to defend the honor of her late husband.

On Saturday, she took to Instagram to unload on actress Evan Rachel Wood, who caused controversy last year when she tweeted about the rape allegations against Kobe Bryant on the day of his death.

Vanessa Bryant says that Evan Rachel Wood calling her late husband Kobe Bryant a “rapist” the day he died is “vile” and “disturbing.”

Hours after Kobe’s death on Jan. 26, 2020, the “Westworld” actress, 33, tweeted, “What has happened is tragic. I am heartbroken for Kobe’s family. He was a sports hero. He was also a rapist. And all of these truths can exist simultaneously.”

Vanessa, 38, posted on Saturday to her Instagram Story that the tweet was just coming to her attention over a year later.

“Your false, insensitive, defamatory and slanderous tweet on 1/26/20 is vile and disturbing to say the least,” the NBA player’s widow wrote over a screenshot of the original tweet. “Behavior like this is part of the reason why innocent black men go to jail for crimes they didn’t commit. An accusation doesn’t make someone guilty.”

“YOU DON’T KNOW THE FACTS OF THE CASE,” she added. Vanessa sent the same message to film producer Abigail Disney, who tweeted at the time, “The man was a rapist. Deal with it.”

Kobe was accused of sexual assault in 2003 by a 19-year-old hotel employee in Colorado. Prosecutors dropped the charges after the accuser declined to testify. She later brought a civil case against the Los Angeles Laker, which was settled out of court in 2005.

Wood’s tweet immediately sparked backlash in 2020, with fans coming to Kobe’s defense. Actress Kyla Pratt responded that she admired Wood’s work, but “this tweet? How f–king dare you?”

Vanessa posted and thanked Pratt for her response to Wood on Saturday.

A rep for Wood did not immediately return our request for comment.

“He started grooming me when I was a teenager and horrifically abused me for years,” she claimed. “I was brainwashed and manipulated into submission. I am done living in fear of retaliation, slander, or blackmail. I am here to expose this dangerous man and call out the many industries that have enabled him, before he ruins any more lives. I stand with the many victims who will no longer be silent.”

Following several allegations from Wood and other women, Manson — who has vehemently denied all accusations — was dropped by his record label and longtime manager.

“Obviously, my art and my life have long been magnets for controversy, but these recent claims about me are horrible distortions of reality,” Manson, 52, wrote in a statement. “My intimate relationships have always been consensual with like-minded partners. Regardless of how — and why — others are now choosing to misrepresent the past, that is the truth.”

The post Vanessa Bryant Slams Evan Rachel Wood for Calling Kobe a ‘Rapist’ After His Death appeared first on LOVEBSCOTT. 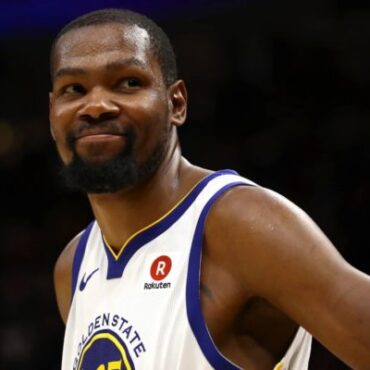 Kash Doll recently tweeted a lyric from the “Said Sum” remix. But the other KD wasn’t feeling “All these n****s wanna f*ck KD,” line. via: Complex Kevin Durant had a bit of advice when Kash Doll tweeted, “All these ni***s wanna fuck KD.” It’s easy to guess why the Brooklyn Nets player was slightly miffed since he’s often known by those same initials. “You did not have to use those […]