It’s been a little over a year since the tragic death of Kobe Bryant and his daughter Gianna “Gigi” Bryant. Now, Kobe’s widow, Vanessa Bryant, is opening up about how she’s coping with the horrific loss. More inside…

It’s been a little over a year after the world was shocked to learn about the tragic deaths of NBA legend Kobe Bryant and his daughter Gianna “Gigi” Bryant and seven others in a deadly helicopter crash on January 26, 2020.

As you can imagine, Kobe’s widow, Vanessa Bryant, was devastated to find out her husband of 19-years and her 13-year-old daughter were killed. Her world was totally flipped upside down, but she still had to be strong for her other three daughters, Natalia, 18, Bianka, 4, and 20-month-old Capri.

The 38-year-old mom and wife had to juggle grieving two MAJOR people in her life along with being the support her girls needed. Since Kobe’s death, Vanessa has shown resilience and grace as she navigated the ultimate heartache of losing her soulmate and one of her children.

Now, she’s opening up how she’s coping with her new life and how she’s moving forward.

She realized she had to muster up the strength to move forward because laying around crying all day wasn’t healthy, nor was it going to help her or her family.

“This pain is unimaginable [but] you just have to get up and push forward,” said Vanessa. “Lying in bed crying isn’t going to change the fact that my family will never be the same again. But getting out of bed and pushing forward is going to make the day better for my girls and for me. So that’s what I do.”

“My girls help me smile through the pain,” she shared. “They give me strength.”

Mrs. Bryant has now committed herself to her husband’s post-NBA work, including relaunching Kobe’s charitable non-profit as Mamba & Mambacita Sports Foundation, a nod to the father-daughter duo. The foundation was created to help empower young girls and provide equal opportunities to underserved athletes — a vision Kobe long championed.

“I guess the best way to describe it is that Kobe and Gigi motivate me to keep going,” she said. “They inspire me to try harder and be better every day. Their love is unconditional and they motivate me in so many different ways.”

We admire her strength and pray she continues to push through for the sake of her daughters and herself. Losing a significant other and a child is unbearable pain most can’t honestly say they can understand. Vanessa has been keeping her village close (minus her mother) and she’s clearly going to keep Kobe & Gigi’s legacies alive until her last breath.

In case you’re wondering why Vanessa and her mom are at odds, you can catch up HERE. 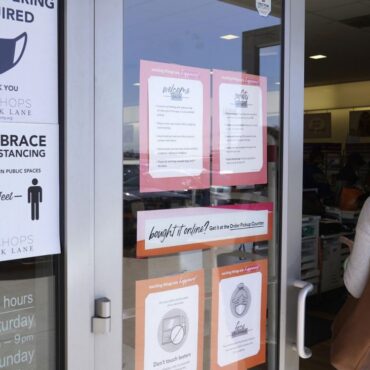 Shortly after the United States exceeded half a million deaths from the coronavirus, governors of the two southern states announced that they would be lifting covid restrictions on Tuesday. What We Know: Texas Gov. Greg Abbot announced Tuesday afternoon during a news conference in Lubbock that the state’s public mask requirements would be lifted. All businesses can open at full capacity beginning on March 10th. “It is now time to […]