There were several shootings that happened in Virginia Beach over the weekend, claiming the lives of Pharrell Williams’ cousin, Donovon Lynch, and “Bad Girls Club” star Deshayla Harris. Details inside…

A series of shootings along Virginia Beach’s oceanfront made for a deadly and chaotic weekend on the east coast.

Superproducer Pharrell Williams is mourning the death of his 25-year-old cousin, Donovon Lynch, after he was reportedly gunned down by police. He was one of two people killed in THREE separate shootings in VA Beach on Friday night. At least eight others were reportedly injured.

On Monday, the Grammy Award winning producer took to Instagram where he revealed it was his cousin that was fatally shot by law enforcement.

”The loss of these lives is a tragedy beyond measure,” said Pharrell. “My cousin Donovon was killed during the shootings. He was a bright light and someone who always showed up for others. It is critical my family and the other victims’ families get the transparency, honesty and justice they deserve. Virginia Beach is the epitome of hope and tenacity and, as a community, we will get through this and come out even stronger.”

According to reports, Donovon was a VA Beach resident and was an offensive lineman in the American football team for the University of Virginia’s College at Wise during the 2017 and 2018 seasons, before graduating in 2019.

Donovon was shot in the torso and the thigh, according to a news release from the Virginia Office of the Chief Medical Examiner. The officer who shot Donovon (who has yet to be identified) and another officer reportedly told homicide detectives Donovon had a handgun when he was shot. A weapon was found “in the vicinity” of the shooting. The police officer involved in the shooting did NOT have his bodycam turned on.

The officer involved in the fatal shooting – who has been with the department for five years – has been placed on administrative assignment amid a criminal investigation, which is standard procedure, according to police.

Donovon was killed literally a block away from where 28-year-old “Bad Girls Club” star Deshayla Harris was fatally shot.

A spokesperson for NBCUniversal confirmed Deshayla – “Bad Girls Club” Season 17 star – was one of the victims who died during Friday night’s shootings in VA Beach. According to reports, she was innocent bystander at the scene of the shooting.

”No matter how much I refused to talk to you…you never took no for an answer you popped up to my show just to prove fixing our friendship meant something to you hardest part about losing you is I never fully forgave you,” she wrote. “I literally let that TV shit stand between us building a connection outside of tv you didn’t deserve this man this shit jus don’t feel real ….I’m sick affffff rest easy Babygirl @missshaybae thank you for always pushing me and supporting me no matter where we were in our friendship…watch over me I love you …we literally JUST talked 3 days ago.”

In total 10 people were injured by gunfire on Friday night, including two who died, in three separate shootings.

We send condolences to all the families involved who lost loved ones. 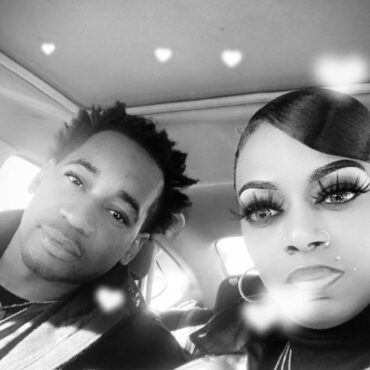 Tessica Brown – who the Internet dubbed as #GorillaGlueGirl – is pregnant with baby #6! It’s her first baby with her fiancé Dewitt Madison and their blended family makes 10! More baby news and deets on their modern family inside… Last month, Tessica Brown literally took over the Internet when she went viral after posting a TikTok video explaining to the world how she used Gorilla Glue spray adhesive to […]