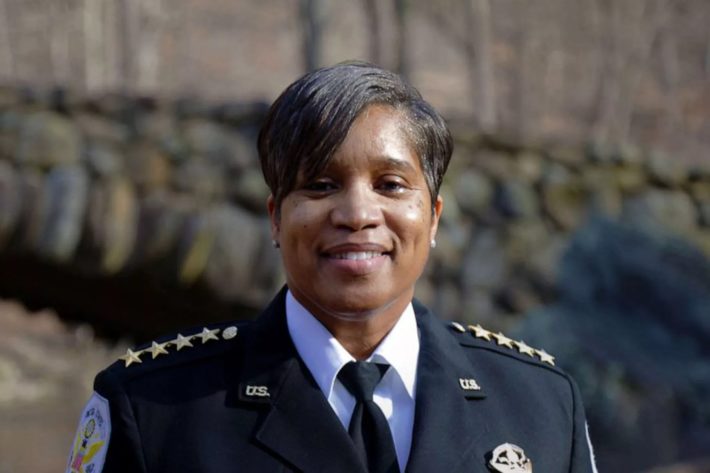 Here’s some more Black excellence, right before Black History Month wraps. Pamela A. Smith, whom the National Park Service says is a 23-year veteran of the U.S. Park Police, will become the first Black female chief USPP has ever had when she starts on Sunday.

Pamela A. Smith has been named as the first Black woman to steer the U.S. Park Police in its 230-year history.

“I have dedicated my career to the professionalism of law enforcement, and it is my highest honor and privilege to serve as Chief of Police,” said Smith, who will officially take over on Sunday (Feb. 28). ”Today’s officers face many challenges, and I firmly believe challenges present opportunities. I look forward to leading this exemplary team as we carry out our mission with honesty and integrity.”

According to ABC News, “Smith has served as a patrol officer, field training officer, executive lieutenant to the chief of police, and was the first woman to lead the New York Field Office.” Within 90 days, she plans to start a program where Park Police Officers will be required to wear body cameras. Officers across America will be wearing them by the end of the year.

“This is one of the many steps we must take to continue to build trust and credibility with the public we have been entrusted to serve,” she said.

Smith, however, did not offer any guarantees about releasing the body cam footage to the public. “In order to obtain any footage, a request for a recording can be made through the Freedom of Information Act and will be processed in accordance with applicable laws and policies, including the Privacy Act,” the police chief told WJLA.

Smith’s appointment comes at a time when tensions are high in the nation between police officers and people of color, more specifically, African Americans.

In recent years, U.S. Park Police officers have been involved in two high-profile cases. In 2017, the organization faced criticism for the fatal shooting of Bijan Ghaisar in Virginia.

Last June, the group came under fire again for violently removing protesters from Lafayette Square near the White House so Former President Donald Trump could walk to a nearby church for a photo-op. Park Police reportedly used pepper balls and smoke canisters to disperse the group of demonstrators.

Smith’s “commitment to policing as public service and her willingness to listen and collaborate make her the right person to lead the U.S. Park Police at this pivotal moment in our country,” said Shawn Benge, deputy director of the National Park Service director, in a statement.

We love seeing Black women in positions of power. 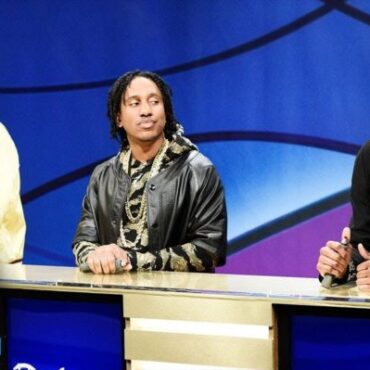 Jeopardy! has made a number of appearances on Saturday Night Live over the years, and apparently Alex Trebek really loved Kenan Thompson’s turn as host of the legendary game show. via: New York Post What is “mutual admiration”? When late “Jeopardy!” host Alex Trebek met Kenan Thompson, Trebek complimented him about “Black Jeopardy!” — Thompson’s “Saturday Night Live” parody of the long-running game show. And, in turn, Thompson complimented him […]