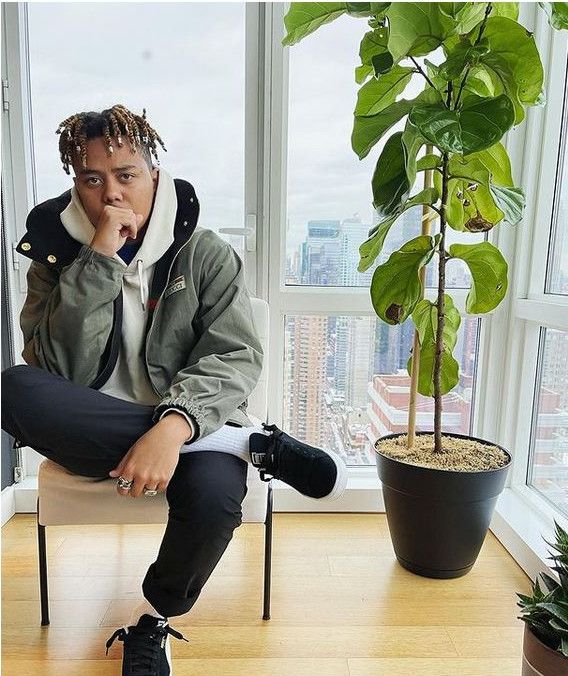 The U.S. Department of Justice has launched an investigation into the Louisville Police Department following the murder of Breonna Taylor. Deets on the investigation, plus how rapper Cordae celebrated his felony getting expunged inside….

The Justice Department launched the investigation to determine if there is a pattern of discrimination or excessive force. The investigation comes over a year after Breonna Taylor was killed by police in her home as they served a “no-knock” warrant.

“Today, the Justice Department is opening a civil investigation into the Louisville-Jefferson County Metro Government and the Louisville Metro Police Department to determine whether LMPD engages in a pattern or practice of violations of the Constitution or federal law,” Garland said at a news conference.

“The investigation will assess whether LMPD engages in a pattern or practice of using unreasonable force, including with respect to people involved in peaceful, expressive activities. It will determine whether LMPD engages in unconstitutional stops, searches and seizures, as well as whether the department unlawfully executes search warrants on private homes,” Garland said.

“It will also assess whether LMPD engages in discriminatory conduct on the basis of race or fails to provide public services that comply with the Americans with Disability Act. Investigation will include comprehensive review of the Louisville police department’s policies and training. It will also assess the effectiveness of LMPD supervision of officers and systems of accountability,” he said.

General Garland shared if violations are found, the Justice Department will “aim to work with the city and police department to arrive at a set of mutually agreeable steps that they can take to correct and prevent unlawful patterns or practices.”

“If an agreement cannot be reached, the Justice Department has the authority to bring a civil lawsuit seeking injunctive relief to address the violations,” he said.

Rapper Cordae (who dropped the YBN from his name) hopped on Twitter to share his felony charge has finally been expunged from his record after protesting in KY.

My felony finally got expunged today S/O to my lawyer

“My felony finally got expunged today S/O to my lawyer,” he wrote on social media.

The 23-year-old rapper – who’s currently dating tennis champ Naomi Osaka – was arrested last July for protesting on the property of Kentucky Attorney General Daniel Cameron, demanding justice for the after the police killed Breonna Taylor (an EMT). He was one of 87 people arrested at the scene that day.

On March 13, 2020, Breonna Taylor was shot eight times right outside of her bedroom after Louisville police executed a no-knock warrant and unloaded over 20 rounds inside of her apartment.

The police were carrying out a warrant seeking evidence in a narcotics investigation where Breonna’s ex-boyfriend was the target. He lived at a different address and Breonna was inside her home with her boyfriend, Kenneth Walker.

Kenneth Walker is licensed to carry and fired off one shot after plain clothes officers broke into their apartment. He ended up wounding one of the officers in the leg. The charges against Kenneth Walker stemming from the fatala shooting has been permanently dismissed. Jefferson Circuit Court Judge Olu Stevens ruled the charges would be dismissed with prejudice, meaning he cannot be recharged for the shooting.

Gabrielle Union & Dwyane Wade Are Raising Their Kids To Be Their Authentic Selves – Including D. Wade’s 7-Year-Old Son – Amid Bigotry & Criticism