Tiffany Haddish is filling in for Ellen DeGeneres and Tyrese stopped by the show to talk about his role in the new ‘F9’ Fast & Furious film.

He also touched on the status of his relationship with Dwayne “The Rock” Johnson, revealing that their feud is in the past.

“We’ve been on the phone every other day. We reconnected in a real way. I think we’re both better men on the other side of all that stuff that went down,” the 42-year-old actor told Haddish. “To be honest, I didn’t know how the phone call would happen. But it did happen and we’re about 20 phone calls in. We’re in a competition right now on who can leave the longest voice note.”

The Rock and Tyrese got in a famous social media feud in 2017 when it was announced Johnson would star in the first-ever Fast & Furious spinoff with Jason Statham, Hobbs & Shaw. While Tyrese felt betrayed by the actor making a solo move and blamed the Rock’s busy schedule for Fast & Furious 9 getting pushed back to a 2020 release date, the Rock said he was simply trying to make money moves.

Later in his discussion with Haddish, Tyrese spoke about F9, which hit U.S. theaters on Friday. “Honestly, this is going to be the most vulnerable Fast that we have done,” Tyrese said. “It’s one thing for you to confront bad guys, and it’s another thing for your bad guy that happens to be your brother. It’s a different kind of vulnerability.”

The movie brought in an estimated $70 million in its opening weekend in North America, the largest debut at the box office since 2019, according to Variety.

Tyrese could use The Rock’s guidance — so we’re glad they’re friends again. Watch the clip below.

The post Tyrese Shares How He and Dwayne Johnson ‘Reconnected in a Real Way’ After Their Feud [Video] appeared first on LOVEBSCOTT. 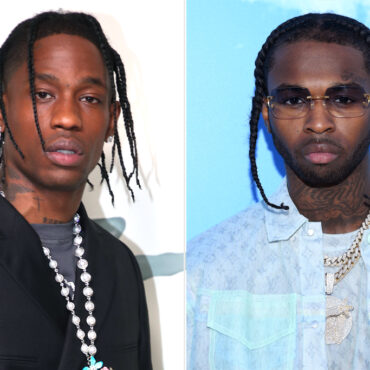 Travis Scott paid homage to Pop Smoke with his recent Dior collaboration, and the rapper’s family is expressing their gratitude. via People: Pop Smoke’s brother Obasi Jackson told TMZ he and his family appreciated the thoughtful tribute, as the rapper loved Dior and even famously named a song after the French fashion house. “Me personally, I definitely appreciate the love that he [Scott] is trying to create around Pop, and definitely […]