TROUBLE IN PARADISE? Lanisha Cole Hints At Breaking Up With Nick Cannon After V-Day Drama 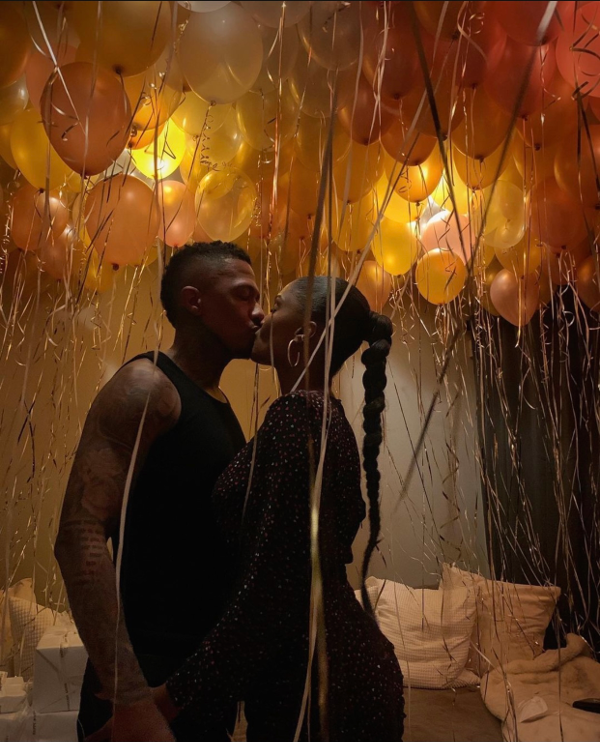 It appears there may be trouble in paradise with Nick Cannon and his women. His rumored girlfriend Lanisha Cole just posted up a subliminal alluding to calling it quits with the TV personality after previously defending their relationship. More inside….

There appears to be trouble in paradise with Nick Cannon and his women.

On Valentine’s Day, the “Wild ‘N Out” host gifted three women balloons and roses and they all posted the gifts on their social media. The 39-year-old host gifted his rumored girlfriend Lanisha Cole pink and gold balloons and dozens of roses to celebrate V-Day and her birthday. She showered her “king” with social media tributes, thanking him for making her day special.

”This is amazing!!! I can’t even begin to tell you how special you make me feel. Love you so much my King!,” she wrote in the caption.

What “The Masked Singer” host didn’t tell her was that he was getting his kids’ mother Brittany Bell and his alleged twins mother Abby De La Rosa the SAME gifts. And since they both posted their gifts from their “baby daddy” on social media, Lanisha was tipped off.

Peep the videos below:

At first, the former video vixen defended her and Nick’s relationship on IG Stories:

”What’s funny is how the people who comment on my relationship are the ones actually getting cheated on as I type this. It’s not your job to be upset over the dynamics of MY relationship. I literally never bother anyone and I mind the business that pays me. Some of y’all got a few extra minutes put on ya cricket wireless for a valentines gift and now don’t know how to act…smh…Worry about ya own situation,” she wrote.

Hours later, she deleted that post and posted a subliminal, alluding to a possible breakup with Nick:

”1 of 1. No person or situation is worth compromising my peace over,” she wrote.

In January, fans speculated Nick and Lanisha were an item again after flicks of her getting “King Cannon” tattooed under her boob surfaced. Nick copped a tat as well, but no mention of getting her name tatted on him. Their coupledom news came right after his breakup with model Jessica White.

Nick welcomed his fourth child with his kids’ mother Brittany Bell a day after Christmas. With the super intimate paternity shoots, fans assumed they had gotten back together.

But then there’s another woman who’s PREGNANT that’s in the mix. It’s rumored Abby De La Rosa is pregnant with Nick’s twins. If he’s the father, it’ll be his second set of twins and they’ll be due in June of this year. They’ll join Nick’s 9-year-old twins with Mariah Carey, Roc & Roe, along with his two kids with Brittany, 3-year-old Golden and 2-month-old Powerful.

You can catch up on the “harem” tea HERE.

Serena Williams and Naomi Osaka are set to go head-to-head in the Australian Open semi-finals! More inside… It’s another Serena Williams vs. Naomi Osaka matchup! Almost three years after Naomi defeated Serena during the women’s 2018 U.S. Open finals (Naomi’s first Grand Slam win), two of the biggest stars in tennis are set to battle it out on the court again.         View this post on Instagram                     […]