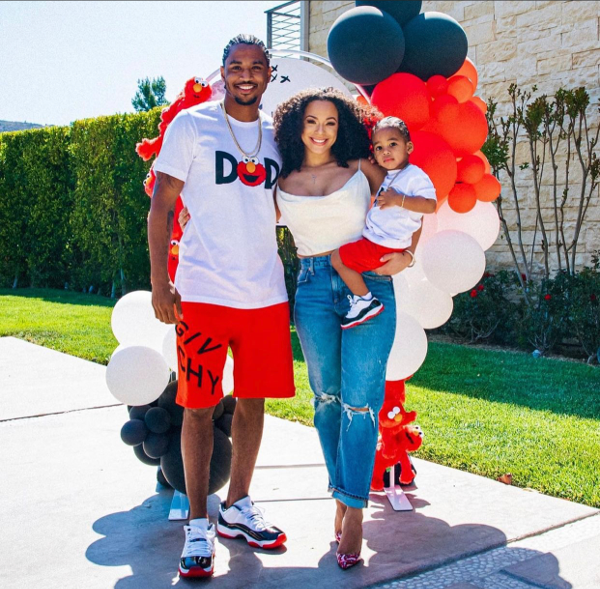 Trey Songz and his son’s mother Caro Colon joined forces to celebrate their son’s 2nd birthday. Go inside their toddler bash for their adorable baby boy…

Trey Songz was in daddy mode to celebrate his son Noah’s 2nd birthday over the weekend with his son’s mother Caro Colon, family and friends.

On Sunday, Trigga hopped on Instagram to share a slew of adorable flicks and videos of his son’s Elmo-themed birthday bash to celebrate his birthday. The singer’s only son officially turned two on April 20th.

Rocking matching red, black and white outfits, the R&B crooner and his mini-me were all smiles in front of the birthday décor. “Turn up my boy!!!,” Trey captioned the photo.

Go inside the Noah’s Elmo birthday bash below:

Caro also shared adorable flicks from the birthday bash on her social media:

”Happy Birthday baby! You are so smart, so kind and so sweet! I am proud to be your mommy! Cheers to two,” she captioned on IG.

Last April, Mr. Steal Your Girl revealed Caro Colon as the mother of his son, Noah, and it had everybody in a tizzy.

The “Can’t Help But Wait” singer announced he was a father a year earlier, sharing a baby photo with the caption, “My son Noah. We are blessed and overjoyed. Peace.”

President Joe Biden and Vice President Kamala Harris address the nation following the verdict in the Derek Chauvin murder trial. He was found guilty on all three counts he faced in the murder of George Floyd. And people REJOICED when the verdict was read. Go inside to see Biden & Harris’ press conference, their call to the Floyd Family, celebrities & brand reactions to the verdict and more… People all around the world took a sigh of relief when a […]