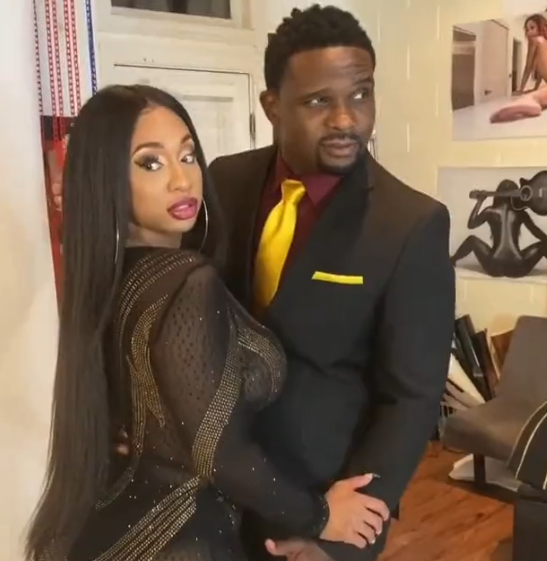 Eddie Winslow is trending on social media. The reason? Darius McCrary (who portrayed Eddie on “Family Matters”) snapped it up with trans reality star/rapper Sidney Starr for a photoshoot, which has sparked dating rumors…again.

Eddie Winslow became a trending topic on Twitter today after a photoshoot he was featured in went viral.

“Family Matters star Darius McCrary (who played Eddie Winslow on the hit 90s sitcom) did a photoshoot with transgender reality starr/rapper Sidney Starr, which the artist shared on her Instagram page:

“We both are just built special!!!!! 2 hard working celebrities in the industry!!!!!!! Eddie Winslow we love you!!!! @dariusmccrary ! We hear y’all talking !!! #transisbeautiful #familymatters,” Sidney captioned a video of them gazing into each other’s eyes for the shoot.

It’s unclear when exactly the photoshoot went down. Last year, she shared pictures that appear were taken the same day the flick with Darius was taken. She posted a solo photo of herself in October/November 2020:

She shared a flick of herself and Darius alongside each other with the caption, “Here standing next to me is a seasoned legend Actor in this entertainment industry. @dariusmccrary . A black heterosexual male actor who’s standing aside a controversial transgender woman like myself.. We are great friends … and this is a powerful movement we have made to let this be a lesson to the WORLD that we are all human ! No matter what !!!! #Familymatters make sure y’all tune into @thezeusnetwork for baddies!!! My makeup by @artistryby.valentino photo by @iam_365_photography”

Apparently, people didn’t read the captions and started publishing reports that Sidney confirmed she and Darius were in a relationship. That wasn’t the case though. Folks had plenty to say about it on Twitter:

Boosie when he find out about Eddie Winslow’s relationship pic.twitter.com/U7zetELDyC

I saw Eddie Winslow trending and I thought the actor who plays him was dead or something. Nope. Just black people being horrifically transphobic and ignorant about who he’s dating. Nothing new under the sun.

Yall too worried about Eddie Winslow being with a transwoman , yall boys running in and out of jail and topping Bruce for a pack of noodles. Yall boys the same ones that said “ass is ass” pic.twitter.com/yrAClu02o5

The former child star caught wind of the viral activity while out to eat with his TV mom Jo Marie Payton (who played Harriette Winslow on “Family Matters”). He stopped chowing down on his meal to set the record the straight: He’s not dating Sidney and he’s engaged to someone else. Peep the video below:

In the video caption, he wrote, “#loveislove I stand w/my #family and that’s all that matters.”

This isn’t the first time romance rumors were started about Darius and Sidney. In October 2020, Darius shared a video of Sidney dancing with the caption, “The #Undeniable@sidneystarrbad what’s understood don’t need to be explained xoxoxo …”

In another post, he shared a shirtless selfie, telling his fans goodnight, in which Sidney replied, “Sexy daddy goodnight xoxos.” 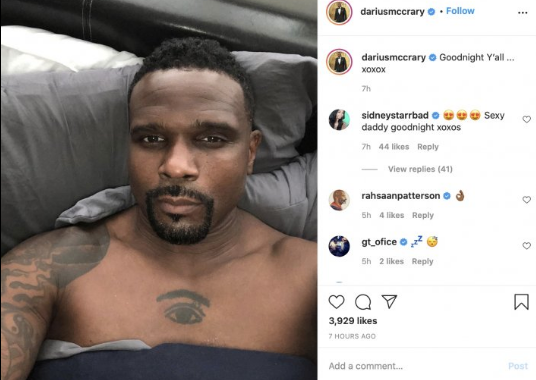 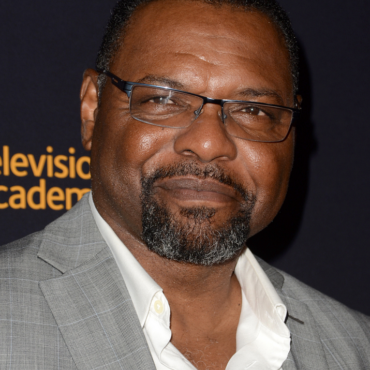 Famed "Judge Judy" bailiff Petri Hawkins-Byrd claims his former boss didn't ask him to star in her new show "Judy Justice," however, he's open to to joining another courtroom show. If you've been watching Judge Judy since forever, you KNOW Baliff Byrd. When the trailer for Judge Judy's new show "Judy Justice" was released, fans were shocked to see longtime bailiff Petri Hawkins-Byrd wasn't featured. He claims he was never […]