Travis Scott Breaks Silence On Astroworld Tragedy: He ‘Didn’t Hear’ Cries For Help, Says He’s Responsible For Solutions But Shies Away From Other Responsibilities

Travis Scott speaks out for the first time about the Astroworld tragedy, sharing how he felt once he learned his festival took a deadly turn that left 10 people dead, including a 9-year-old boy, and hundreds of people injured. He decided to break his silence with Power 105’s “The Breakfast Club” co-host Charlamagne tha God.

Here’s what he said…

A week of festivities for Travis Scott‘s home city of Houston ended in tragedy as crowd surges in a sea of 50,000 attendees at NRG Stadium on November 5th took the lives of 10 fans. Once the headlining Houston rapper hit the stage during his Astroworld Festival, things went from bad to worse, which caused 10 people to lose their lives, all under 30, and many suffering from cardiac arrest.

The “Antidote” rapper was devastated by the news of his fans dying at the festival, so he offered to pay for their funerals. Several families of the 10 people who died from injuries have turned down the offer for the rapper to pay for their loved one’s funerals. According to Rolling Stone, the families of half of the victims have rejected the rapper’s offer.

The “SICKO MODE” rapper lawyered up with elite lawyers as hundreds of lawsuits have been trickling in since the tragedy.

As of now, Travis, Live Nation and festival organizers are facing more than 250 lawsuits, which represent more than 850 separate people who say they were injured or lost loved ones, and are seeking billions in total damages. One lawsuit alone is seeking over $750 million.

Now, the Houston native is speaking out for the first about the tragedy and he chose to chop it up with Power 105’s “The Breakfast Club” co-host Charlamagne tha God to do so.

Leading up the deadly chaos, fans were yelling and screaming at Travis to stop the show because people were passing out and being trampled.

“I just didn’t hear that,” he said when asked about not stopping the show.

”Nah, man. And you know, it’s so crazy because I’m that artist – any time you can hear something like that, you want to stop the show,” he said. “You want to make sure fans get the proper attention they need. I stopped a couple times to make sure everyone was OK.”

Despite the fact people have pointed to the many times – including this particular Astroworld Fest – Travis encourged his fans to buck security and to “rage”, Travis – who admits he’s the face of the Festival – veered the conversation towards talking about solutions whenever he was asked if he felt responsible.  We wouldn’t be surprised if he was advised to do so due to the legal ramifications.

He said he feels responsible to find out what happened.

“And the professionals to figure out what’s going on…in the future move forward in concert safety,”he said. I’m the face of the festival,” the rapper said. “I’m the artist. So yeah, the media wants to put it on me.”

“I’m always here. I’m in this with you guys I love you and I always be there to help you guys heal through this,” he said.

Travis skirted naming who was actually in charge of security and who was the person with the sole responsibility of stopping the show, but Charlamagne didn’t ask point blank either.  Travis did admit someone said in his in-ear piece that he should stop the show after his guest Drake took the stage, but he wasn’t told “how bad things got” in the crowd.

Charlamagne asked Travis, “If the families are never able to forgive you, can you forgive yourself?”

He paused and responded, “It’s tough, my intentions weren’t to hurt or harm their families, I wanted them to have a good experience, when my fans came to see me its a connection.”

Now, the rap dad – who has baby #2 on the way – is passionate about bringing awareness to public safety at concerts and anywhere.

Watch the full interview below: 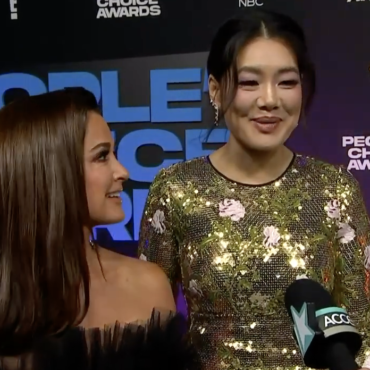 Dorit Kemsley is still getting past her home invasion. via People: Real Housewives of Beverly Hills star Kyle Richards gave an update on Kemsley’s mental health during an interview with Access Hollywood on the red carpet at the 2021 People’s Choice Awards.  “I would say that she’s absolutely struggling,” Richards, 52, said. “When it first happened, I think she was in shock, and now the reality has settled in.” She continued. “It’s going to take […]