In very tragic news, Nicki Minaj reportedly lost her father, Robert Maraj, after he was struck in a hit-and-run accident in New York over the weekend. Details inside…

This Valentine’s Day Weekend took a turn for the ultimate worst for one female rapper.

Sadly, Nicki Minaj received news that her father, Robert Maraj, was fatally struck in a hit-and-run accident in New York.

According to Nassau County police, Nicki’s father was walking on the road between Roslyn Road and Raff Avenue in Mineola, NY Friday evening around 6pm EST when a car traveling northbound struck him. The 64-year-old was rushed to the hospital where he was first listed in critical condition. Unfortunately, he was pronounced dead Saturday.

The police do not have a description of the vehicle that struck Nicki’s father and the Homicide Squad is investigating the case. Detectives are requesting that anyone with information about the crash to call Crime Stoppers, a confidential police hotline, at 1-800-244-TIPS. All callers will remain anonymous.

Prayers and condolence to Nicki and her family, Rip to Robert Maraj. pic.twitter.com/sqo4YOK419

It’s unclear how close the 38-year-old rapper and her father were before his untimely death. However, there are a few photos of him floating around online. She also shared an IG Stories not too long ago that he was in:

My baby can never catch a fucking break thank you Robert Maraj for so graciously gifting this world with your daughter. May you Rest In Peace pic.twitter.com/nbdywp1lMW

A rep for Nicki confirmed her father’s death, but didn’t have a comment at this time.

I love you so much bro

The news of her father passing comes about five months after she welcomed her first child, a son, into the world.

#NickiMinaj gives the first sneak peek at her baby boy as she wishes her husband #KennethPetty a Happy 1st wedding anniversary. https://t.co/v4AmvYePJB pic.twitter.com/TH1u6RhUln

Prayers up for Nicki and her family. 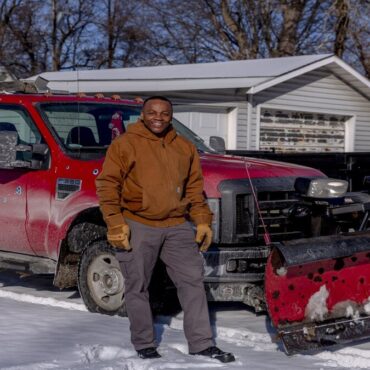 A silver lining reveals itself to minority business owners in a pandemic, as support for Community Development Financial Institutions (CDFI) grows at a steady pace. What We Know: Michael Miller is one of many minority business owners that didn’t receive any pandemic relief funds under the Paycheck Protection Program (PPP). Miller reached out to a CDFI in particular during the time his Landscape/Snow Plow business was shut down in the […]