Tragedy At Travis Scott’s Astroworld Fest: Here’s Everything We Know 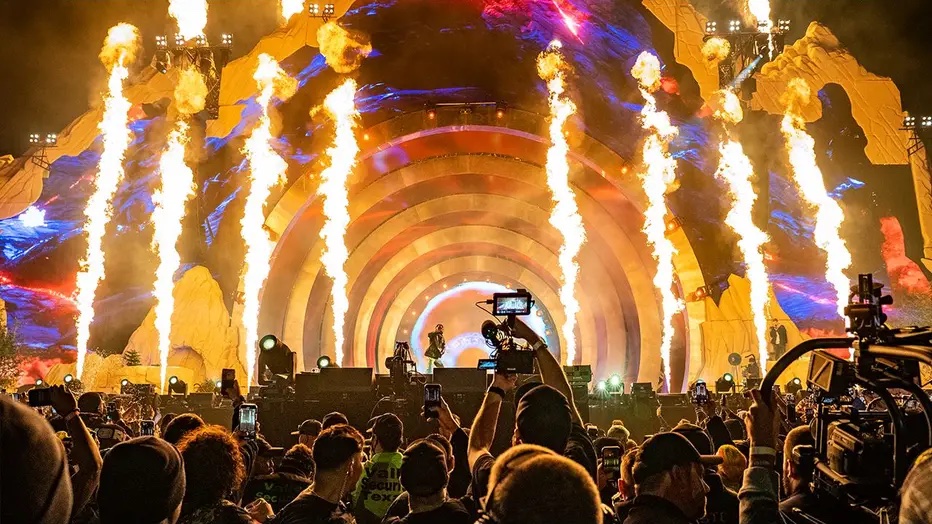 Eight deaths and hundreds of injuries is sadly how the series of unfortunate events ended late Friday night at rapper Travis Scott‘s annual Astroworld Festival. We have the latest in the first hand, extremely disturbing accounts of the utter chaos and stampedes happening in the crowd, statements from Travis and performers, and who will be held accountable .

A week of festivities for Travis Scott’s home city of Houston ended in tragedy over the weekend.  The chaos his shows are known for became fatal with eight of his fans losing their lives, all under 30, and many suffering from cardiac arrest.

There were deathly crowd surges in the sea of 50,000 attendees at NRG, suspicion of drug spiking, and an all-out fight for survival were seemingly taking place before the “Antidote” rapper even got on stage, and things QUICKLY went from bad to worse as soon as he did.  Fans equated the Festival to a horror movie they simply were just trying to survive.

Houston Mayor Sylvester has confirmed the victims were 14, 16, two were 21, two were 23 and one was 27 years old.  One of the victims’ ages is unknown.  Travis’ fans are young – with even a 10-year-old suffering hospitalization.  Over 300 people reportedly visited the first aid/medical stations on site throughout the day.

At least 25 people were transported to the hospital and of those, 13 remained hospitalized Saturday afternoon, the mayor said. Five of them are under 18 years old, he added.
The second day of the sold out festival was cancelled.
Police also confirmed that one of their officers had to be revived with Narcan after being “pricked” in the neck while they were in the crowd.  It has not been confirmed what was inserted in his body or by whom.  Police suspect there was possibly a concert-goer injecting random fans with drugs during the night.

According to virtually every witness account who attended the festival, crowd surges were crushing people’s lungs, people were unable to get air, wild stampedes at the door of people breaking down walls to get in before the concert began with people getting trampled and police horses being used (video below).  Three people were trampled and hospitalized at this same festival after the same type of stampede upon entry in 2019.

Travis is WELL known for encouraging his fans to “rage hard”, even encouraging (on his social media accounts) the “wild ones” to sneak in after tickets sold out in a minute.

This time, things went entirely too far and several opportunities were missed to stop the concert completely before things got fatal.

Video from the concert shows the one of maybe two times Travis paused for a few seconds to acknowledge fans who had “passed out” and needed medical attention. But he continued on with the show as apparently what he saw – even not knowing they were dead – was not enough to stop completely. At least one of those fans whose lifeless body was being carried to the front had CPR performed on them in the middle of the crowd. We will not share video of the person themselves.

Swipe below for video of the scene, including the chaos of fans not allowing the ambulance to come through and dancing on top of it:

Travis issued a statement on Instagram Stories first about the tragedy, before posting a video on his Stories as well saying he never expected this to happen.

The accounts of what happened are disturbing, but very telling.  Video surfaced of a medical professional explaining that at least 4 people she was trying to revive have no pulse. Fans and other staff also revealed that there were barely any properly trained medical staff on hand and many simply left when things got overwhelming.

“He’s not having a pulse. There’s like four people back here with no pulse.”

Coming up on @abc13houston at 5:30 new video showing the chaos and confusion as security called for help, claiming there were people on the ground with no pulse. pic.twitter.com/t3sptQD8fp

One fan, who is a rapper himself and goes by the username @diabloxantiago, gave disturbing details of what happened before Travis even walked on stage. There were crowd surges during Master P‘s performance earlier in the day – with a smaller crowd but several thousand – where he couldn’t breathe, so he took precautions for the main event, and ended up having to help save people’s lives.  He says he is forever changed seeing people die around him and not having any way to escape or get help.

One of the more chilling recounts come from Seanna, a Texas A&M student who went viral because of video of her climbing onto a cameraman’s platform.  She was yelling to him to stop the show – after she had narrowly escaped death herself – and was then threatened to get thrown off the 15 foot platform.  While the cameraman clearly wasn’t aware of the gravity of the situation and seemingly assumed she was a “crazed fan,” she tried her hardest to tell him and another worker that “people are dying”.  All to no avail:

Once (Scott) started, all hell broke loose,” concert-goer Alexis Guavin, 23, told CNN. “All of what is to be 50,000 people ran to the front, compressing everyone together with the little air available.” Guavin added there were “mosh pits in every single direction.”

“The crowd was squishing me so much that I felt like I couldn’t breathe,” Emily Munguia, 22, told CNN. “I started screaming for help … I felt so scared, like I was going to die.” “The amount of people I saw get hurt, passed out, bleeding, crying is crazy,” Munguia said.

Heartbreaking to talk to Danish Baig’s brothers today.
Baig was 27 years old and died at the Travis Scott concert in Houston Friday night.
His brother Basil was with him and said Danish died saving the life of his fiancée who was being trampled.https://t.co/Y236XoheLo
(@wfaa) pic.twitter.com/AKwaPPy2pt

Selena Beltran says she quickly lost sight of her four friends as soon as Travis’ set began, and it went frighteningly downhill from there:

“I fell backwards and it felt like it was the end for me. To think that’s how I’ll die, I was so scared,” Beltran told CNN. “I did not know what to do. It was all happening so fast, but so slow and I couldn’t react. I just screamed.”
Despite seeing people who had clearly lost consciousness, Beltran said, people continued trampling those who were on the ground.
“I was shocked to see people act so inconsiderate and feral. It was insane to see so many just run others over like wild animals,” she said. “People did not care, they still tried to squeeze through just to get to the front without thinking of the consequences and who it would affect.”
After someone pulled her up, Beltran said, she tried to help four other people she found passed out by taking turns performing CPR on them with a nurse she met in the crowd.
“I was beginning to go into shock, although I was trying to keep my composure and not panic. It was terrifying. I felt like it was a nightmare,” she said.
“I looked around and just saw people stare and others continuing to enjoy themselves as if these people meant nothing. It felt like there was little humanity in that crowd.”

Speechless about last night I’m actually in shock n don’t even know what to say .. just praying for everyone in Houston especially the families of those that lost their lives

Oddly, Kylie Jenner – who is pregnant with Travis’ second child and was there in VIP with their 3-year-old daughter, Stormi – issued a statement as well (above), mentioning feelings on behalf of her and Travis.

The only reason Stormi should be trending is for how cool she is. She literally has nothing to do with this pic.twitter.com/pKPICSi8JJ

Kylie, Stormi and Kendall Jenner were escorted out, past lifeless bodies, when the show was ended early.

As for who is responsible, the investigation has gone full throttle according to authorities.  Tons of video footage from Apple  Music – who live streamed the event – and LiveNation – who produced the event – are being considered.  Since no person attends a concert with the assumption of death being possible – neither legally nor generally – the people held liable can range from the performers to production to managers to the city to the park and beyond.

Fox 29 reported what a crowd safety expert says about what SHOULD have occurred:

Steve Allen of Crowd Safety, a U.K.-based consultancy engaged in major events around the world, said it’s always important to monitor the crowd, but especially so now that events are ramping up in size following the the pandemic lockdown.

“Safety has no profit,” Still said, “so it tends to be the last thing in the budget.”

He recommends that events have trained crowd spotters with noise-cancelling headsets who are in direct communication with someone in close proximity to the performer who’s willing to temporarily stop the event if there’s a life-threatening situation. That could be a crowd surge, structural collapse, fire or something else.

Allen said he has personally stopped about 25 performances by the likes of Oasis, the Red Hot Chili Peppers and Eminem.

Our condolences and hearts go out to every victim of this horrific tragedy and their loved ones. 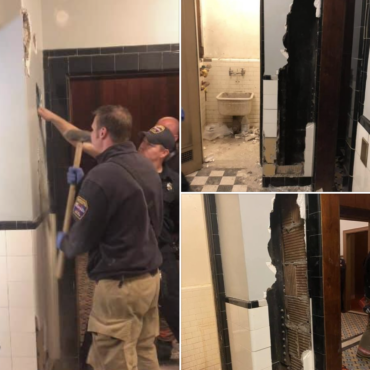 A New York man was rescued Friday after spending days stuck inside a wall in a theater — and he was naked when authorities found him. via Complex: The Syracuse fire department was called around 7:30 a.m. after receiving a call from a Landmark Theater employee who heard a man banging on the walls and yelling for help. Firefighters drilled a hole in a wall and used a fiber-optic camera to […]