Tracy Romulus, Chief Marketing Officer of KKW Brands, Shares How She Became Successful and How She’s Supporting the AAPI Community 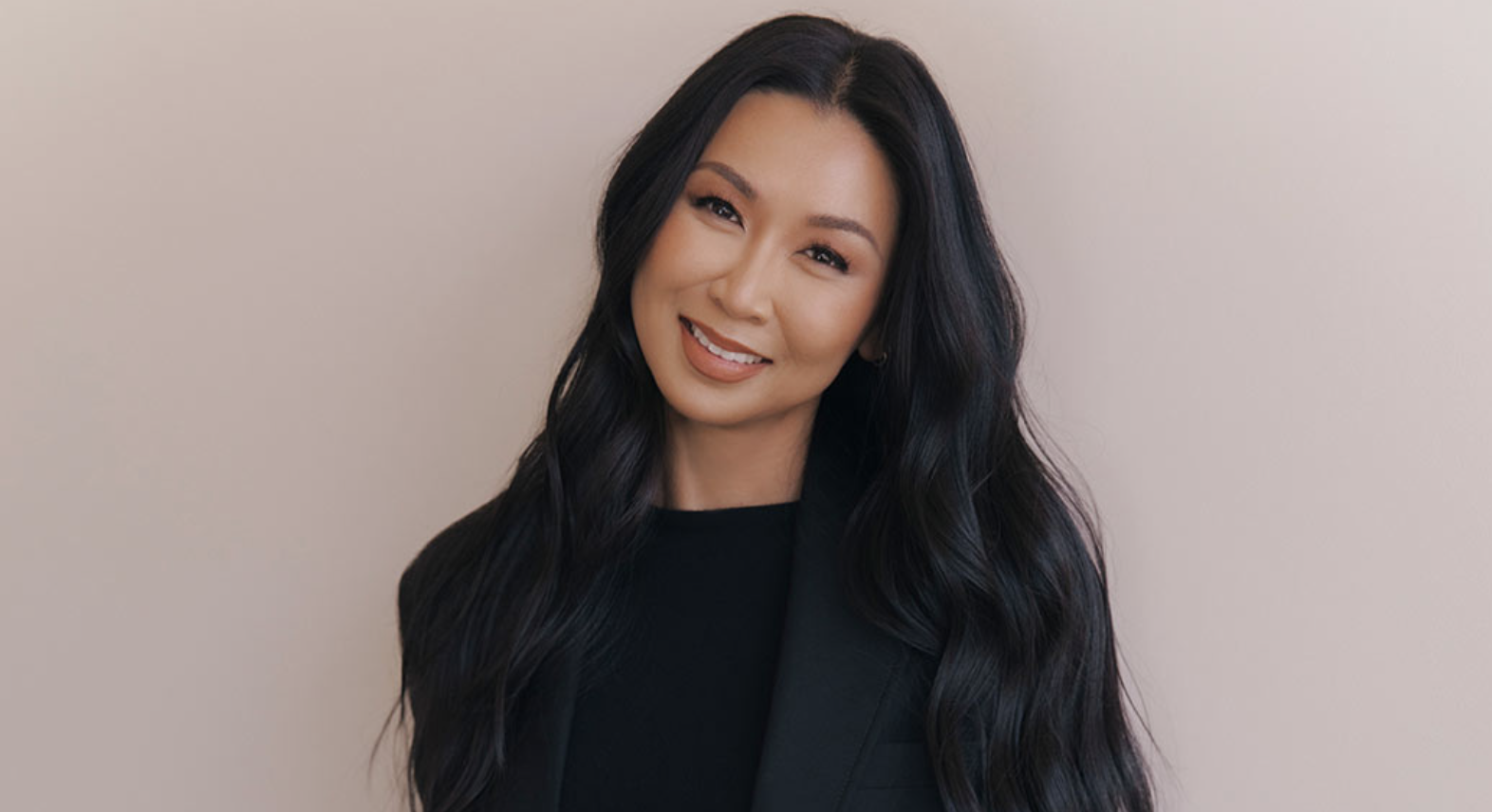 Anytime you see Kim Kardashian’s mega-successful brands KKW Beauty, KKW Fragrance, or SKIMS — you have to give major credit to Tracy Romulus and all the hard work she’s put in over the years.

As Chief Marketing Officer for all of Kim’s brands, her touch has been crucial to helping build Kim’s billion-dollar empire.

PEOPLE spoke to the executive about how she got her start, what a typical day in her life looks like and who in the industry has made the biggest impact on her career. Romulus also opened up about motherhood, raising biracial children and why she decided to share her own experiences with racism as attacks on the AAPI community continue to grow.

What was your journey to having the career you have today?

My mom fled Vietnam on a boat while pregnant with me in 1979. There were 300 other people on the boat, which eventually docked in Indonesia after nine days at sea. I was born at the KuKu Refugee Camp at the end of that year. In 1980 we were transferred to the Galang Refugee Camp, where we lived until we received approval to migrate to the United States. Once in the U.S., we lived in California, then moved to Olympia, Washington, when I was 5 years old.

I learned at a young age that if I wanted something, I needed to work for it. The day I turned 16, I applied and got my first job as a cashier at a fast food restaurant. Since then, I’ve never gone a day without working.

After graduating high school, I moved to New York City in 1998 to study fashion design at the Fashion Institute of Technology. During my second year, I worked as a sales girl at Vivienne Westwood in Soho and I absolutely loved it. I loved closing a sale, the clothes, the staff, and the clientele. It was also my first time being exposed to the world of publicity because the brand’s PR office was a level below the store, so publicists and stylists would frequent the showroom. At 20 years old and a few credits shy of my associates degree, I was asked by Vivienne’s publicist to interview with Kelly Cutrone.

I became Kelly’s assistant and helped open up her N.Y.C. office for her fashion PR firm, People’s Revolution. At the time, I didn’t fully understand what the job would entail, but I quickly realized that fashion wasn’t really what I wanted, and publicity and marketing was something I had a natural instinct for.

Working for Kelly was an incredible learning experience. It was a tough love kind of boot camp. Kelly literally threw me to the sharks and told me to figure it out, and I did. I made a ton of mistakes along the way and probably cried a lot, but everything I learned during those two years of working for her had the most impact on me.

In the following years, I worked for Ronn Torossian and his PR company 5WPR in 2001 and launched a boutique agency called Industry Public Relations in 2006. After 10 years of working for myself, I decided to close the office a year after my second daughter Remi was born. Shortly after Kim Kardashian launched KKW Beauty in 2017, I joined her company as Chief Marketing Officer.

Kim and I working together at that perfect moment in our lives was more than a decade in the making because we had been friends for so long. We also had a lot of respect for each other on a professional level. What makes work so incredibly fulfilling for me is that I get to work alongside such brilliant, inspiring, creative women — like Kim and Kris Jenner — and the most talented, hardest working team in the world. I feel incredibly blessed.

What is a day in the life of the Chief Marketing Officer of KKW Brands?

I wake up no later than 6 a.m. and always start my day with a cup of coffee. My early mornings are spent answering texts and emails while also making my three kids breakfast, getting their school lunches packed, getting them dressed, hair done, teeth brushed and out the door no later than 8:15 a.m. for school. My husband drives our two girls to their school, which is in one direction, and I drop my 3-year-old son off at his preschool on the opposite side of town. On our way, I do my morning check-in with Kim over the phone to go over anything that needs her feedback and approval, and my work day goes on from there.

I think people would be surprised to know that even though we are always very busy with 100 things going on at once, things are incredibly calm and under control most days, which is reflective of Kim’s leadership as the CEO.

What makes my job a bit different than a typical CMO’s is that I work for someone who has multiple, hugely successful companies, as well as her own personal brand. There’s no such thing as an average day. I love my job.

What’s your best advice for people who would like to pursue a similar career as yours?

Always carry with you the mindset that no job is too small, no matter your job title or how much you think you know. You cannot be successful alone, so become really good at collaborating and communicating well with others. Own your mistakes because you will make them, so try to learn from them. Be open to receiving honest feedback, even if it’s negative.

You’ve been outspoken about the rise in anti-Asian racism and even shared your own experience on social media. What is your response to what the AAPI community is going through, and what made you decide to share your own story?

It’s honestly very disheartening and upsetting to see what is happening right now with the recent rise in anti-Asian hate crimes. At the same time, I am finding some comfort in seeing so many people outside of the AAPI community coming together, speaking up for us and helping bring attention to these issues. For the longest time, we felt that we didn’t have any room to speak about our experiences with racism because we never felt heard, but things are starting to change. Our stories are being shared and people are asking questions, so I’m hopeful that real lasting change will come.

Beyond social media posts, what would you like to see from others outside of the community when it comes to supporting the AAPI community?

I would love to see more mainstream media coverage on the issues that affect us. It’s important that our stories are told and reach as many people as possible. The best thing anyone can do as an ally is take the time to ask questions and listen to what their friend, colleague or loved one has gone through. Support them. You can also support your local Chinatown and Asian-owned small businesses, especially restaurants and service businesses such as nail salons. They were already impacted deeply by the pandemic but the disgusting rhetoric from the last administration made things so much worse for these businesses to be able to recover. Anything that we can do to help support these people so that they can earn a living and care for their families would be greatly appreciated by the AAPI community.

The post Tracy Romulus, Chief Marketing Officer of KKW Brands, Shares How She Became Successful and How She’s Supporting the AAPI Community appeared first on LOVEBSCOTT. 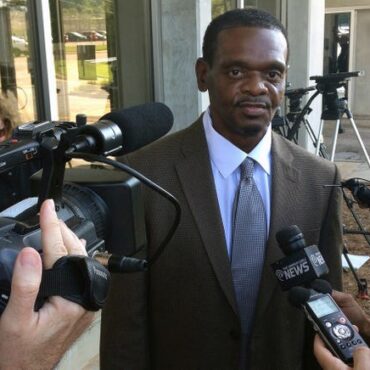 A federal civil rights trial in North Carolina ended with a jury awarding two Black, mentally challenged half-brothers $75 million on Friday. Both men were found wrongfully convicted after spending three decades in prison over the 1983 rape and murder of an 11-year-old girl.Read more...