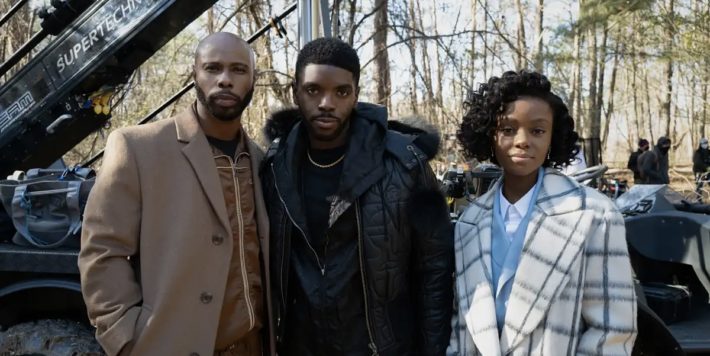 The CW is ending Tom Swift‘s mission early, canceling the Nancy Drew spinoff after one season.

The low-rated, Nancy Drew spinoff only launched on May 31 and has aired six episodes to date. The series, which features a predominantly Black cast, started off as an unconventional backdoor pilot, with only Tian Richards (as Tom) getting an introduction on Nancy Drew last season. The rest of the characters were cast after the project was picked up to series in August.

We hear CBS Studios, which is behind Tom Swift, is trying to extend the options on the cast, which expire today, and plans to shop the series elsewhere.

The CW brass have said that they like the show creatively. The cancellation is said to be performance-based as Tom Swift is among the CW’s least watched series on linear, with 535K viewers in Live+7, as well as on streaming.

Tom Swift, which has been pushing the content boundaries of network TV, is about a billionaire inventor who is thrust into a world of sci-fi conspiracy and unexplained phenomena after the disappearance of his father. Besides Richards, it stars Ashleigh Murray, April Parker Jones, Marquise Vilson, Christopher B. Duncan and LeVar Burton.

The post ‘Tom Swift’ Canceled By CW After One Season appeared first on LOVEBSCOTT.

R. Kelly has been sentenced to 30 years in prison after being found guilty of racketeering and sex trafficking charges last year. via: Rap-Up Now Boosie Badazz is weighing in on R. Kelly’s sentencing. While most of Kelly’s peers remained silent after the sentencing was announced, Boosie spoke out publicly in his defense. In a series of tweets, the controversial rapper expressed his outrage over what he called a “death […]