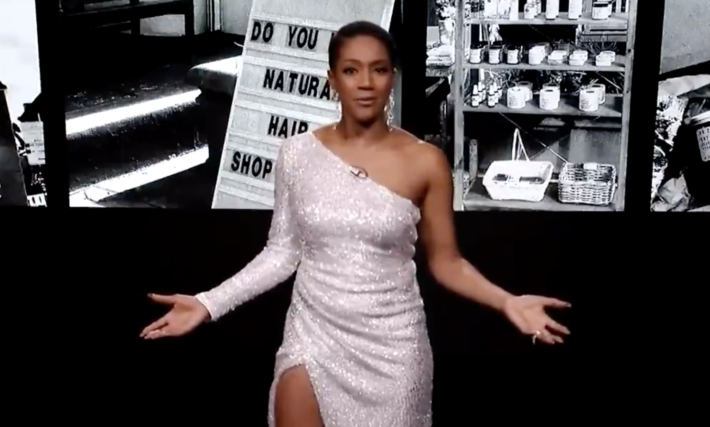 Tiffany Haddish had some… difficulties while hosting Verizon’s Big Concert for Small Business.

The 40-year-old actress and comedian hosted the event that aired just after the Super Bowl LV.

One of the many delays during production came when Tiffany had already introduced H.E.R. as the next performer, but the cameras were still on Tiffany as she was just standing there.

“Our next performer has a career I have been following from the beginning. When I saw her kill it on the BET Awards…” she shared, before reading something from the teleprompter that asked her to delay and “vamp”.

“What the f*** does vamp mean?” she reacted on-air. It was then that audiences could hear a voice saying, “Stall.”

While Tiffany continued with the script on the teleprompter, she talked her way through what she thought “vamp” actually was.

“Now they asked me to vamp. I don’t know what vamp means. To me, vamp means be a vampire and/or vampirate like slowly disappear and/or elaborate. Maybe that’s the word they should’ve used? Elaborate. But let’s continue on guys.”

And that was just one of the unfortunate moments during the show.

Before it was all over, Tiffany addressed the little delays in the event, saying:

“This has not been the smoothest running situation. Every time an act leaves the stage, they have to clean the whole stage, get all-new microphones, all new everything you have to keep in mind that some of these acts haven’t performed for nobody. … Me personally, I’m in a studio alone, it’s cold, and I’m ready to bring the heat. But it’s cold.”

I just want to say that was one of the funnest hardest things I have ever done. Thank you @Verizon for letting me be apart of something so Great #BigConcertSmallBiz I am always supportive of the small businesses in my community! 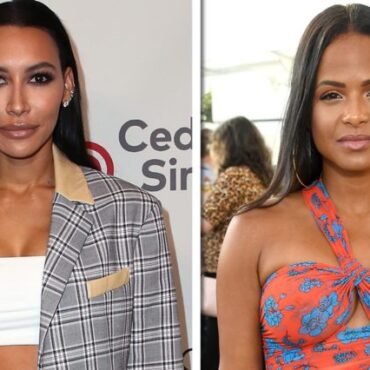 Christina Milian will be stepping in to fill the late Naya Rivera’s role in ‘Step Up.’ via E!: Starz announced on Monday, Feb. 8 that the actress has joined the cast of its reimagined Step Up series, playing the role of Collette, which was originally starring the late Glee star. “I am so excited to join the Step Up family,” Milian, 39, said in a press release. “I know I have massive shoes to fill. Naya […]