It took three police officers to subdue former Seahawks player Chad Wheeler during his domestic violence arrest after he choked his girlfriend unconscious. Details about the savagely wild struggle inside…

The police report paints a clearer picture of what happened once law enforcement arrived at a residence in Kent, Washington after a woman called saying she was being “killed” by her 27-year-old boyfriend.

Cops said Chad Wheeler was “uncooperative” when they tried to arrest him and detailed how hard they struggled to get him in handcuffs. They tried to use a taser on him, but it had “little to no effect.”  Three grown men (who are trained police officers) on his back wasn’t enough to stop the 6-foot-7, 310-pound footballer either. WOW.

One cop said in the docs, “When I grabbed ahold of Chad, I could tell that he was very solid and muscular as he was not easy to move.” The officer said he began to understand the strength of Wheeler when all three responding cops piled on top of him — and it barely slowed Wheeler down. … According to the police report, cops say Wheeler was not cooperative … so they used a Taser in an effort to detain him — but it had “little to no effect.”

When officers were finally ready to put him in handcuffs, Wheeler’s size and strength continued to be a factor. “Chad was so strong that even with the combined weight of three officers he was able to move around and prevent us from putting his arms behind his back,” one officer said. Ultimately, cops were able to take Wheeler into custody — but they said he was so big, they were concerned he wouldn’t fit in a standard police cruiser … so they called for the larger jail van to take him to the station.

And yet, at no point during this time did these three cops fear for their lives and pull out their service weapons – a story we hear ALL THE TIME when there are other people involved.

“I want you to know that I believe that as long as (Wheeler) is not in custody, I am not safe,” the victim said in a statement read in court, according to KOMO News. “Chad never called the police (after the assault) even though he thought I was dead. Now, Chad is out of custody staying in a hotel watching this play out on social media. This current status places my safety at risk, and I do not believe that a protective order or a condition of release is sufficient to keep me safe.”

It’s reported the victim appeared in court with her arm in a sling, but did not address the court directly and had a victim’s advocate read the prepared statement on her behalf.

On January 23rd, Chad was arrested on suspicion of felony domestic violence and booked into the King County Jail after an argument turned physical with his girlfriend, according to jail records. It’s reported Chad got upset his girlfriend wouldn’t BOW to him and he went into a rage. The former Giants player was released on $400,000 bail three days after he was arrested on suspicion of felony assault-domestic violence.

The NOT guilty plea comes after Chad issued an apology addressing the incident. He blamed his actions on a “manic episode” and said he was stepping away from football to get the help he needs.

And we’re sure he’ll get it too. 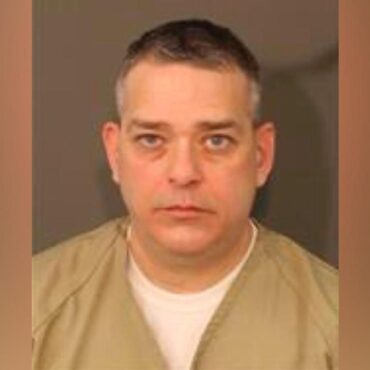 The former Columbus, Ohio police officer, who fatally shot Andre Hill, has been indicted on several charges related to the incident. What We Know: According to The Hill, former police officer Adam Coy was arrested at his attorney’s office and indicted by a Franklin County grand jury on Wednesday following an investigation into the murder of Andre Hill. The investigation was lead by the Ohio attorney general Dave Yost’s office […]