There are now 12 women who are accusing Texans quarterback Deshaun Watson of sexual misconduct, following 7 civil lawsuits filed against him. Houston lawyer Tony Buzbee held a press conference today with details about the cases. More inside…

NFL quarterback Deshaun Watson had been heavy in the headlines over his displeasure with the Houston Texans and his request to be traded. Now, women are coming out the woodwork with sexual misconduct allegations.

A few days ago, we told you a masseuse filed a sexual assault lawsuit against the 25-year-old NFLer, accusing him of putting his genitalia on her during a massage. Now, there are twelve women making sexual misconduct allegations against the NFL star.

Prominent Houston attorney Tony Buzbee announced he was filing the lawsuit against DeShaun on behalf of the masseuse. And now, he has filed a total of seven civil lawsuits against the quarterback.

Of the 12 clients he’s representing, he said most of them work in the massage industry – some work at spas and some work from their homes. Most of the women are licensed professionals, who are single mothers who own their own shop or work for a spa. 7 of the women are African-American, 2 are Hispanic and 3 are Caucasian. 3 of them are married, 1 of them are engaged.

Buzbee said he spoke with Deshaun’s agent/lawyer about the allegations before filing the lawsuits and said he was very “dismissive.”

Not only that, Buzbee said one of the accusers claims Deshaun assaulted her AFTER he and his team had already been in talks with Deshaun’s agent to inform him about allegations from another woman.

”One of the clients that we represent – even after we had talked to Mr. Watson’s lawyer – he did it again. The misconduct happened as recently as this month,” he said.

None of the accusers have gone to police before contacting Buzbee, but he said the “next step” is to submit a “package” of information to police.

All of the lawsuits (which are public) allege civil assault. Each woman claims Deshaun reached out to them via social media. Buzbee shared some screenshots of some of the alleged messages on his IG account, which includes Deshaun’s alleged apology to the masseuse who filed a lawsuit first:

“Sorry about you feeling uncomfortable. Never were the intentions. LMK if you want to work in the future. My apologies,” he allegedly wrote.

One of the women said Deshaun forced her to perform oral sex on him, against her will. All of the alleged victims said they felt violated since they never consented to any sexual acts.

”This case isn’t about money,” Buzbee said during the conference. “And it’s certainly not about seeking publicity or fame. This case is about female empowerment. Taking the power back.”

Buzbee said every woman who filed a lawsuit has only plead the minimum amount to invoke the court’s jurisdiction, which is $500.

Since the filing, Buzbee has been receiving death threats and multiple people have threatened his family, including his children.

Buzbee also dispelled the theories that the Houston Texans are behind the lawsuits following Deshaun’s public plea to be traded. Word on the curb is that Buzbee is good friends with Texans owner, Janice McNair. She was named owner after her husband, Robert McNair passed away. Janice’s son, Cal McNair, is the current CEO and day-to-day head of the franchise.

Attorney Tony Buzbee — good friend of the Texans owner. Very strange how all this comes up now when he wants to leave the team….

”And I need to dispel some silly rumors. Yes, I live near the McNair family. I don’t know the McNair Family. I wouldn’t recognize Cal or Hal, whatever his name is, if I saw him on the street. This case has nothing to do with the Texans,” he said.

Buzbee is confident the women are telling the truth because he said he personally sat and talked with each accuser.

Peep his press conference below:

Before the press conference, Deshaun’s agent, David Mulugheta, issued a statement via Twitter, doubling down on what Deshaun said about the women lying for financial gain.

Sexual assault is real. Victims should be heard, offenders prosecuted.

Individuals fabricate stories in pursuit of financial gain often. Their victims should be heard, and those offenders also prosecuted.

I simply hope we keep this same energy with the truth.

“Often” was in reference to individuals fabricating stories for financial gain in general. That’s why I put a space in between the two sentences & not a comma. That said if you’re reading that part as focused solely on sexual assault victims remove the “often”, no doubt about it. https://t.co/vQ8edOJTZL

No problem. I have no issue clarifying something that came off as insensitive and not taking SA seriously. I can own that misunderstanding. https://t.co/5zPrsEcQ9K

After the first lawsuit was filed, Deshaun – who has a girlfriend – denied ever mistreating women and revealed he was first presented with an opportunity to pay off his accuser before the lawsuit was filed. That rings true as Buzbee did say he reached out to Deshaun’s team about the allegations because they wanted to “resolve this matter without a lawsuit, without any publicity.” Hmph.

Right now, Deshaun is being investigated by the NFL, as is standard protocol in these type of situations.

People on social media are side-eyeing everything being that all of these allegations have come up after he was so adamant about being traded from the Texans. 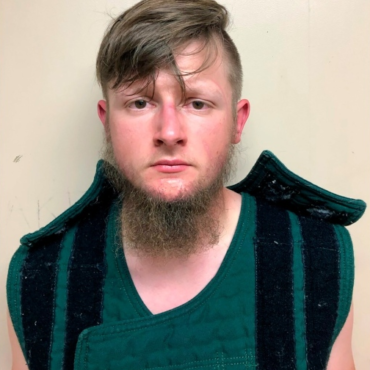 All of the names of the eight victims killed during an Atlanta spa shooting spree have been released. Six of the eight victims were of Asian descent. The shooter - Robert Aaron Long - was arrested (without incident) and charged with eight counts of murder. A racial motive still hasn’t been ruled out. More inside…   Details about the heinous Atlanta-area spa/massage parlor shootings are trickling in. On the night […]