THERE’S MORE! Be The First To See Even More Flicks From The ‘Coming 2 America’ Sequel – The NEW Royals 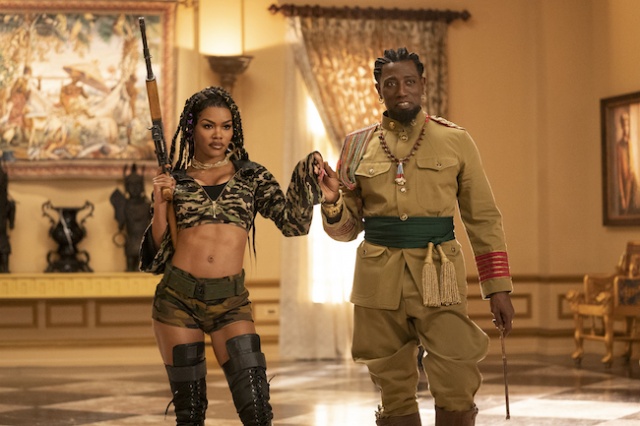 More flicks from the upcoming Coming 2 America sequel were just released. Check them out inside…

Coming 2 America is set to debut on Amazon Prime on March 5th and we can’t wait.

Rapper Rick Ross confirmed his 109-room Georgia palace will be featured in the flick and he will reportedly make a cameo.

Come through Kiki with the stunts!

The sequel is set in the lush and royal country of Zamunda where newly-crowned King Akeem (Eddie Murphy) and his trusted confidante Semmi (Arsenio Hall) embark on an all-new hilarious adventure that has them traversing the globe from their great African nation to the borough of Queens, New York – where it all began. The reason?  Akeem learns he has a streetsavvy, Queens-bred son named Lavelle (played by Jermaine Fowler).

All hail the rap fashion queen! Lil Kim has a new fashion collaboration with PrettyLittleThing that exudes her personal style. Check out her new, sexy collection inside…           View this post on Instagram                       A post shared by Lil' Kim (@lilkimthequeenbee)   A rap vet and fashion icon! Since Lil Kim made a splash on the rap scene in the 90s, she wowed us with her […]