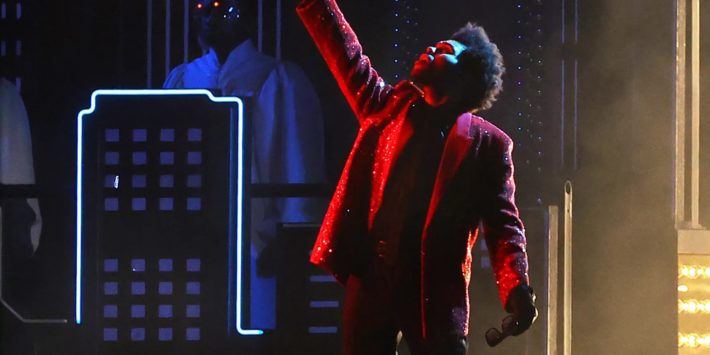 The Weeknd pulled out all the stops for his much-anticipated Super Bowl 2021 Halftime Show performance.He arrived on a set that appeared to have a Vegas-style skyline alongside a choir performing in red goggle.

After months of preparation, The Weeknd takes his place at the helm of the stage for his first-ever solo halftime show performance at Super Bowl LV.

On Sunday (Feb. 7), The Weeknd lit up the stage. Performing a number of his classic hits such as “Starboy,” “I Feel It Coming,” “House of Balloons,” “Can’t Feel My Face,” “Save Your Tears,” “Earned It,” “Blinding Lights” and more, people watching the show both from the Super Bowl stadium in-person audience as well as those watching on their TVs at home loved every single minute of the halftime show.

Needless to say, social media reacted with positive reviews about the set, as everyone gave Weeknd props for putting on a great set at the sports event. “I FUCKING LOVE THIS SONG” one Twitter user wrote, while another added, “I don’t think there’s a single bad song from #TheWeeknd.”

Not only were the star’s songs hitting, but so were his dancers — his personal dancing included — and his accompanying band. He did what needed to be done.

The Weeknd is celebrating for all sorts of reasons today. Earlier this morning, the Canadian artist was honored with his own day in the city of Toronto, which is his hometown. Mayor John Tory took to Twitter to make his proclamation ahead of The Weeknd’s historic performance.

“This Sunday – on Super Bowl Sunday – we celebrate The Weeknd as he becomes the first Canadian to headline a solo halftime show and only the third Canadian ever to perform live at one of the world’s most-watched events,” the proclamation reads. “Toronto is proud that one of its own, The Weeknd, has achieved such enormous popularity both here at home and on the world stage. NOW THEREFORE, I, Mayor John Tory, on behalf of Toronto City Council, do hereby proclaim Feb 7th, 2021 as ‘The Weeknd Day’ in the City Of Toronto.”

The Weeknd revealed in the days leading up to the Super Bowl that his performance would have “no special guests.” The singer reportedly poured $7 million of his own money into the production costs for the performance, which was held in the stands of the arena as opposed to the usual on-field stage that has been rolled out in years past. Regardless of what people think of the show, The Weeknd is now a part of history. 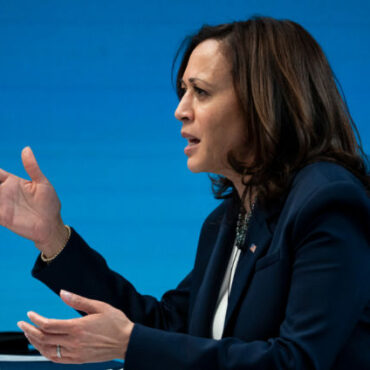 White conservative America sure had a lot to say about Rev. Jeremiah Wright—and by extension, the Black church—and his “God damn America” sermon. White people across the nation got all in their star-spangled feelings when they got a glimpse of how pastors in Black churches can be too radical for their delicate…Read more...