After an impressive year run that concluded with his sixth album, After Hours, The Weeknd will now bring his talents to the small screen.

The Weeknd is developing a new HBO series alongside Euphoria creator Sam Levinson, as Deadline points out.The Idol will follow a female pop singer who becomes romantically involved with a Los Angeles club owner—who also happens to be a cult leader. The Weeknd is slated to produce, co-write, and star in the drama.

In addition to the Weeknd and Levinson, the show will be co-created by Reza Fahim, who works with the Weeknd as a creative producer. Joseph Epstein will serve as co-writer and showrunner on the project, while Ashley Levinson, Kevin Turen, and Aaron L. Gilbert will co-executive produce alongside Sam Levinson.

This is far from the first time that The Weeknd has found himself on television . In 2020, he appeared as himself in an American Dad episode, titled “A Starboy is Born,” that we also co-wrote. He also played himself on the big screen, in the 2019 film, Uncut Gems.

On the music side of things, The Weeknd recently joined Doja Cat in a video for their first-ever collaboration “You Right.”

The post The Weeknd to Co-Create and Star in New HBO Series The Idol [Photo] appeared first on LOVEBSCOTT. 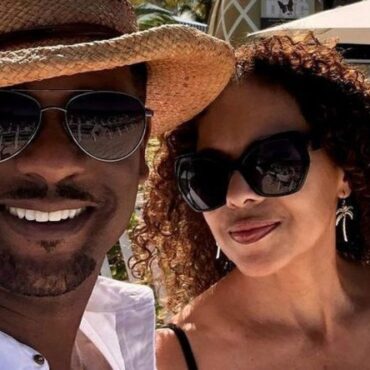 Actor Blair Underwood’s 27-year marriage is over, his wife Desiree DaCosta has filed for divorce. via: The Blast According to legal documents, obtained by The Blast, DaCosta filed for dissolution of marriage on June 29, 2021. In this case, many fans of the ‘L.A. Law’ actor knew this may be coming after the now-former couple went public about their split. The two issued a joint statement last month, indicating they […]