Controversy builds following Sharon Osbourne and Sheryl Underwood’s intense exchange on “The Talk” about racism. The show has extended its hiatus as CBS investigates the events that arose on the show. Also, former co-hosts Holly Robinson Peete and Leah Remini speak out about Sharon’s alleged racist ways and “ET” co-host Kevin Frazier is receiving backlash!

Apologies, receipts and interviews! The aftermath of Sharon Osbourne and Sheryl Underwood’s intense discussion about racism on a recent episode of “The Talk” is spiraling out of control.

Sharon got real disrespectful towards Sheryl in defense of her friend/British TV personality Piers Morgan “freedom of speech” following years of harsh criticism of the Duchess of Sussex, Meghan Markle.

”The Talk” was put on a short hiatus following last week’s intense conversation. It was supposed to return for a new episode today (March 17th), but the network has decided to extend the show’s hiatus until March 23rd.  Some reports state this is due to CBS investigating events that arose during the show, but all of the daytime shows will be on hiatus – includong “Y&R”, “Bold and the Beautiful”, “Deal or No Deal” – until next Tuesday due to March Madness games kicking off tomorrow night.

“CBS is committed to a diverse, inclusive and respectful workplace across all of our productions,” a spokesperson for the network said in a statement Tuesday. “We’re also very mindful of the important concerns expressed and discussions taking place regarding events on ‘The Talk.’ This includes a process where all voices are heard, claims are investigated and appropriate action is taken where necessary.”

On Friday, Sharon issued an apology to “anyone of color” that she may “have offended and/or to anyone that feels confused or let down” by what she said, “I am truly sorry,” she wrote on Twitter. There was no public apology to her co-host, whom she calls her friend, Sheryl Underwood.

Following her public apology, former “The Talk” co-host shared a tweet, revealing Sharon got her fired from the show for being “too ghetto.”

I’m old enough to remember when Sharon complained that I was too “ghetto” for #theTalk…then I was gone
I bring this up now bc I was mortified watching the disrespectful condescending tone she took w/her co host who remained calm & respectful because…she HAD to #fbf https://t.co/7pnCnhM5rf pic.twitter.com/CXR4DzvlEZ

“I’m old enough to remember when Sharon complained that I was too ‘ghetto’ for #theTalk…then I was gone,” Holly tweeted. “I bring this up now bc I was mortified watching the disrespectful condescending tone she took w/her co host who remained calm & respectful because…she HAD to #fbf.”

To be clear: I LOVED being on #thetalk– it was a natural fit for me. I was in my element being let go was a tough experience…but sometimes awesome gifts come in humiliating packages….
But I mostly miss working with @LeahRemini -we had so much chemistry!(Maybe too much) #fbf pic.twitter.com/pMig1ZEmKV

”To be clear: I LOVED being on #thetalk- it was a natural fit for me,” Holly wrote in another tweet. “I was in my element being let go was a tough experience…but sometimes awesome gifts come in humiliating packages…. But I mostly miss working with @LeahRemini-we had so much chemistry!(Maybe too much) #fbf.”

”Sometimes …you have to say things with your whole entire chest,” she wrote. “Sometimes saying things with your whole chest is your only option. I’ve always been a highroad girl but when I watched what everyone else saw on my former show @thetalkcbs it triggered me and I wanted to speak out. Much respect to Sheryl Underwood who really should’ve been able to express her emotions on TV however she wanted to. It was also not her job to educate a grown woman. I have always felt that ignoring, defending excusing or amplifying racism, bigotry and discrimination is unacceptable. When you know better you are supposed to do better. #isaidwhatisaid #fridayfeeling”

In a super petty move, Sharon Osbourne found and posted (then deleted) an email from Holly Robinson Peete from 10 years ago. The email doesn’t necessarily exonerate Sharon either btw.

In a since deleted tweet, former “The Talk” co-host Leah Remini revealed Sharon had her and Holly FIRED for being too “ghetto.”

“Sharon thought me and Holly were ‘Ghetto’, (her words) we were not funny, awkward and didn’t know ourselves… She had us fired,” Leah tweeted.

I actually forgot about this so I Googled it. Leah Remini said, “Sharon thought me and Holly were “Ghetto”. We were not funny, awkward and didn’t know ourselves. She had us fired.” By “ghetto” she meant loud and outspoken.

Leah also responded to trolls who called her out after speaking up:

Nope. Pretty happy to not be in a toxic environment. I don’t need to bring shit. The receipts were brought. I wasn’t even talking about it. But now I am. And I don’t need to stfu. You came for me. You need attention baby doll?

Then on Tuesday (March 16th), MORE receipts were brought up by journalist Yashar Ali. In his article, he reported on the racist, xenophobia comments Sharon allegedly made to former co-host Julie Chen. He also pulled up receipts on homophobic and crude comments allegedly made against Sara Gilbert. He shared some of his findings on Twitter:

2. Osbourne would also refer to her then co-host Sara Gilbert, who is a lesbian, as “pussy licker” and “fish eater,” according to multiple sources. https://t.co/6A4DrRnSVx

3. After Osbourne’s former colleague Holly Robinson Peete said Osbourne referred to her as “ghetto” and got her fired from “The Talk”, Osbourne had her attorneys send a cease and desist letter saying if she didn’t delete the tweet below, she would be sued
https://t.co/yxDdy7SDyZ

5. In response to an extensive list of details in my story, Sharon Osbourne’s publicist Howard Bragman sent me this statement.

After my story posted, CBS sent me this updated statement announcing that they are extending the hiatus of “The Talk” until next Tuesday.

Previously, “The Talk” was set to return tomorrow.

9. ET host @KevinFrazier is coming under fire for giving a softball interview to Sharon Osbourne where she largely deflected blame and then suggesting that Holly Robinson Peete and Sheryl Underwood, two of the Black women who were targeted by her, join her for a summit on racism. pic.twitter.com/5Vx8e4561o

Then, “Entertainment Tonight” co-host Kevin Frazier entered the chat. He interviewed Sharon, so she could “tell her side” of what went down between herself and Sheryl Underwood.

During the interview, Sharon said she believes CBS executives used Sheryl to “set her up” after she defended her friend Piers Morgan. She said she was asked before the show if she wanted to “clear up the Piers [Morgan] thing again.” She said that was fine. Then, the showrunner came back and asked if she would be OK discussing Piers even if one of the other hosts disagreed with her, she said she was fine with that as well.

However, when they got on stage, Sharon claims she was blindsided by Sheryl and Elaine Welteroth’s racism questions. Previously, the ladies made a pact amongst themselves as co-hosts that they would not ask any questions they haven’t been prepped for. Odd, being that the showrunner asked her how she felt about discussing Piers beforehand.

Before ish went left on “The Talk” last week, Sharon said she asked Sheryl to talk to her during the break about what was going on and Sheryl declined, which sent her in a rage.

Sharon claims she apologized to Sheryl, but again, no public apology.

“I should have never dismissed her feelings on national TV. Ever. But I said it. I have to own it,” she said.

No, you shouldn’t have dismissed her feelings EVER since you call her your friend. Sharon claims she was SO upset at CBS – not Sheryl or Elaine. Two showrunners told her the “executives” told them to ask her those race questions, so she feels like she was set up.

Will she return to “The Talk?” Find out below:

Kevin Frazier shared an IG post about his interview with Sharon and received tons of backlash from fans and celebrities, including “Insecure” star Amanda Seales.

”At some point we all have to reach a point where we can sit together and have tough conversations about race,” Kevin Frazier wrote in an IG caption. “I don’t know what happens next for @sharonosbourne but I do know, it is time for a meaningful conversation, a learning moment. She is ready. Let’s not waste this opportunity to move the narrative forward. Let’s get @chrisbharrison let’s get @michaelericdyson #meghanmarkle Sharon @amandaseales @sheerylunderwood @hollyrpeete y’all suggest some names and have a summit. Let’s move FORWARD!,” he wrote.

”You must be outta yo gotdamn mind,” Amanda Seales responded. “How bout you put your energy into providing a safe space for those on the show who have been terrorized by her rampant racism/classism/xenophobia. Y’ALL STAY CAPIN FOR THESE KARENS!”

Bloop! Kevin deleted the post and put up another post to clarify his comments about a “race summit”:

”Listen, I was suggesting that there be a place, in the mainstream where people (like Sheryl and Holly) could actually express their feelings without being muted or muzzled (and I can tell you that there were people who worked to mute Hollys voice after she left). That in the same arena where the transgressions occurred that they could be corrected,” he wrote.

”We are rarely given an opportunity to speak freely in those forums. The people I mentioned and the voices I suggested are people who I think have something important to say. Unfortunately that message was not delivered or received well. Ok… As for my interview with Sharon, it was 90 mins long and there was a lot said that was not reflected in what made the air. It also was done before the latest article detailing other transgressions. That has been addressed. “

”Appreciate all the energy in my comments, I hear ya. 10 years ago I started @hiphollywood and continue to invest my time and money so that there is a place that covers the often overlooked and underserved black voices, projects and events in Hollywood. I saw a void and wanted change. It has been an uphill battle but we appreciate the support of many of the people with blue checks by their names who were in the comments of my last post. I look forward to continuing to work together. We have tried to bring quality coverage to our community. I hope you will keep bringing that same energy to HH or our travel site @travelcoterie which promotes black travel and hidden history.”

He still doesn’t get it. 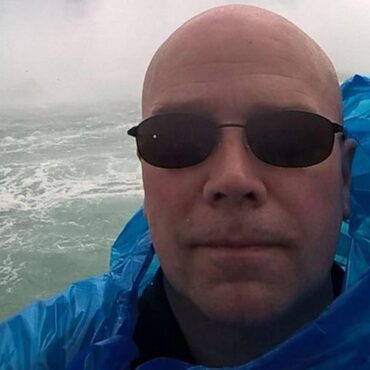 An investigation revealed that the former NYPD Deputy Inspector had made multiple racist remarks in an online forum going back months. What We Know: James Kobel, head of the department’s Equal Employment Opportunity Division (EEOD) was first accused of posting racist remarks in November by NYC Councilman Ritchie Torres. A City Council probe found that the Law Enforcement Rant, an anonymous online forum used by police, was being frequented by […]