THE RACE WE FINALLY GET TO SEE: Sha’Carri Richardson Set To Run It Up Against Jamaican Olympic Team, Responds To Haters 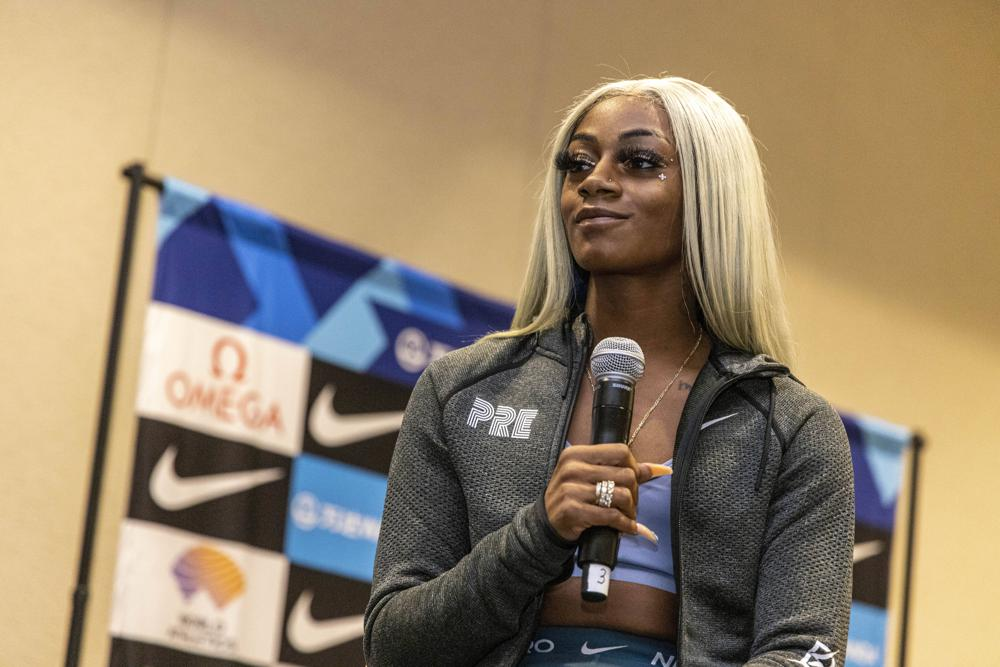 Track star Sha’Carri Richardson will make a comeback today after her Olympics ban. She’s set to run against the trio from Jamaica who swept the women’s 100m at the Tokyo Olympics. Yep, it’s the race we didn’t get to see at the Games.

Fans of the Jamaican trio have been trolling Sha’Carri on social media and she recently responded. MORE inside…

It’s the race we didn’t get to see at the Tokyo Olympics!

Sha’Carri Richardson is set to make her return to the track today (August 21st) for the 100 meters at the Nike Prefontaine Classic in Eugene, Oregon where she will go up against the Jamaican trio who swept the women’s 100m at the Tokyo Olympics. Oh yes, fans are eager to see this clash of greatness between Sha’Carri and Jamaican sprinters Elaine Thompson-Herah, Shelly-Ann Fraser-Pryce and Shericka Jackson in the 100 meters.

Sha’Carri – the fastest woman in America – missed out on racing against the ladies in Tokyo after she was banned due to a positive marijuana test. Now that it’s behind her, the 21-year-old American sprinter is ready to take home gold.

Sha’Carri Richardson will be one of nine competitors in the women’s 100m sprint at next weekend’s Prefontaine Classic.

At the end of the conference, she gave her opponents praise for the accomplishments, but made it clear she’s not “star struck.” Check it below (at the 5:05-minute mark):

The Diamond League meet is being held at Hayward Field where Sha’Carri won the 100 meters during the U.S. Olympic track and field trials in June. It’s where she captured America’s heart with her bubbly personlity, so this comeback will be even sweeter if she nabs the No.1 spot.

Also, Sha’Carri will race in the 200m where she will go up against 11-time Olympic medalist Allyson Felix and Gabby Thomas, who earned bronze in the 200 in Tokyo.

On the media front, Sha’Carri sat down with the “TODAY” show to dish on her comeback.

“I am feeling excited. I am feeling overjoyed to getting back to do what it is that I love to do,” she said.

She also talked about how she overcame her Olympic ban:

“It was a moment of bitterness, but at the same time it was sweet because it just gives me more, it gives me more time, it gives me more to show the world that I am here to stay. It just guarantees that I will be here just a little bit longer in the game but definitely watching it made me want to push forward and grow from there.”

Sweet. Peep her interview below:

Sha’Carri Richardson (@itskerrii) took the track by storm at this year’s Olympic trials, winning the 100-meter race in spectacular fashion. But she was suspended and left off Team USA after testing positive for THC. @LlamasNBC spoke to Richardson about her return to competition. pic.twitter.com/AxXjU5pcR3

One thing is for sure, sis is READY and she let that be known on her Instagram with the Nicki Minaj voiceover TikTok:

And folks hate to see it. Fans of the Jamacian trio have been coming at Sha’Carri’s neck on social media:

Shacarri and the Jamaicans on the 21st gonna be sooooo FUNNYY. Cause gyal delusional ASFFF!

as long as Shacarri come 5th I don’t care about the other places https://t.co/DowRdbnwSh

Elaine will put Shacarri in her place on the 21st

However, she has been receivng tons of love as well:

People are soooo weird for telling ShaCarri to “be humble”, and comparing her to other athletes all of a sudden. As SOON as she felt confident enough to be the star y’all told her she was, everybody reneged. Almost like y’all see confident black women as a target..

I really love ShaCarri. She oozes confidence and that be having y’all so mad. pic.twitter.com/oHHtmaZKm1

I know the people at Nike are so happy they stuck with ShaCarri because nobody outside of the track and field community every gave a damn about the prefontaine classic before. Can’t wait to watch Saturday.

In response to the social media trolls:

I love all black, I don’t see flags

“I love all black, I don’t see flags,” Sha’Carri tweeted.

The Nike Prefontaine Classic starts today at 4:30pm EST on NBC. Here are other platforms you can watch the meet:

Had to double check this to make sure it was real.

The Prefontaine Classic, one of the biggest and best track meets in America, is this weekend.

It is being shown on three separate platforms and to watch the whole thing, you’ll need two separate streaming subscriptions. pic.twitter.com/SP9Il36tAa 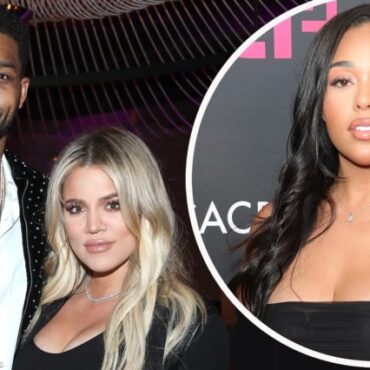 Jordyn Woods said she isn’t too concerned about other people trying to “cancel” her, remarking that the “only person who can cancel you is God.” via: People While showing fans around her home on Wednesday’s episode of MTV Cribs, Woods, 23, opened up a package containing T-shirts printed with the words “Oh s— I’ve been canceled” and “Please don’t cancel me.” “They tried it already, I’ve already been in that […]