The Most Shocking & Heartbreaking Videos: TX, LA & OK Are STILL Without Heat, Food & Water After Getting Hit Hard By Snowstorm, #FledTed Trending

Severe weather hit the states of Texas, Louisiana, and Oklahoma HARD last weekend. Millions of people are still suffering from unprecedented water and power outages as they scramble to simply survive while their elected officials do things like book flights to Mexico (*coughs* Ted Cruz *coughs*).

Watch the heartbreaking videos, get more deets about storm relief efforts and how you can help inside…

Millions of people are suffering in the states of Texas, Louisiana and Oklahoma after they were hit hard by a snowstorm last weekend. Folks have been experiencing unprecedented water and power outages since the storm, leaving people to fend for themselves to survive, especially when elected officials aren’t stepping in to help.

Families are huddling together with layers of clothing to keep warm since they have been without electricity for days. Not to mention, food and water is scarce. At least 34 deaths were attributed to the storm so far, 20 of them were from Texas.

Thankfully, electric has been restored for a large number of Texans, however, nearly half of residents – 13 million – don’t have access to clean, running water. There’s a shortage of drinkable water as pipes cracked, wells froze and water treatment plants were knocked offline. Texans were told to boil water for their safety after burst pipes and broken water mains were reported.

People have been forced out of their homes due to flooding and extra long lines have been forming at grocery stores as food demand soars.

Half of Texas is without power, everyone’s pipes are frozen and the streets are ice. But @HEB is open.

While many restaurants in Texas shut down due to the storm, workers at a Dominos in San Antonio kicked into overdrive to feed people desperately seeking food. According to the workers, they sold a weekend’s worth of food in FOUR hours and were exhausted.

Viewer Judy DeLuna submitted this photo to @News4SA @KABBFOX29 of a @dominos in San Antonio. She says they had a weekend’s worth of food and it was gone in 4 hours. “These are the essential workers that need recognition,” Judy writes. Thank you for feeding your neighbors pic.twitter.com/DWZOegwEea

4 hours for this Dominos to completely run out of food in Texas. Texas minimum wage is $7.25, just like Indiana, so these workers got sent home early with only about $30 for 4 hours of backbreaking work to feed hundreds of people. Meanwhile, Ted Cruz is on vacation in Cancun. pic.twitter.com/m7uzL4vY3w

People have taken to social media to show the damage the storm has caused due to frozen pipes bursting and more:

Pipe on our apartment roof busted open, flooding our unit during the #TexasFreeze. No heat, no water, no electric. What hotels are available are charging $600/night, even the crappy ones.
Welp. Everything’s bigger in Texas, even the disasters. pic.twitter.com/ae5dD68otw

Baby when I tell you texas ain’t built for this weather I mean it. pic.twitter.com/307gmzx8aG

: A Texas resident found their SUV frozen in ice after pipes burst inside a Galveston parking lot during devastating winter storm. https://t.co/CvNUdSWNgr pic.twitter.com/1xV1RIkoY5

Not only are homes being destroyed, hospitals are also suffering:

Across Texas, hospitals are flooding due to burst pipes from the winter storm. This is Texas Health Presbyterian Hospital in Dallas. @blaireelyse pic.twitter.com/3Rh4tc0Rg4

Texas prisons have been hit hard too:

33 units are on generator power, guards say they’re being kept “hostage” and prisoners are eating THIS.

This is current, sent to me today: pic.twitter.com/XzW9e1jLTA

Current situation just north of downtown in #SanAntonio, we’re likely to warm up enough we’ll have 3 hours fo freezing rain to put a dangerous coat of ice down.

Today is going to be another challenging day for many in Texas. pic.twitter.com/buBSR42X2C

“We’re hauling in water on trucks in order to flush toilets,” said Roberta L. Schwartz, an executive vice president and the chief innovation officer at Houston Methodist, which operates seven hospitals around the country’s fourth-largest city. Water, she said, was in such short supply that health workers were using bottled water for chemotherapy treatments.

Earlier this week, President Joe Biden declared that an emergency exists in the State of Texas and ordered federal assistance to supplement state and local response efforts due to the emergency conditions. The President’s action authorizes the Department of Homeland Security, Federal Emergency Management Agency (FEMA), to coordinate all disaster relief efforts.

Tonight, I called Governor Greg Abbott to discuss the ongoing situation in Texas and identify ways we can support the state’s recovery from this storm. I made clear to the Governor that I’ll work relentlessly to get his state what they need. pic.twitter.com/UBwH8DMep2

While Texans fight the storm, Republican Senator Ted Cruz decided he and his family would fly to Cancun, Mexico as his state reels in the frozen tundra chaos thanks to energy policies he and his party continuously create and uphold. Hence, #FledTed.

Originally, he was set to return on Saturday, but after the picture of him on the plane went viral, he decided to come back earlier. We all know he only came back because he was caught. He blamed the trip on his daughters wanting to go to Mexico “because they were cold” and he was simply being “a good dad.”

Ted Cruz blaming his daughters for his own incompetence is a new low pic.twitter.com/Z7mUp1ZNze

However, that’s not the full truth. Ted’s wife Heidi Cruz invited a number of their friends and neighbors to JOIN THEM on their last-minute getaway. They asked friends to join them at the Ritz-Carlton in Cancun. Not surprised.

While the Texas Governor Greg Abbott is on Fox News spreading misinformation about renewable energy, and Ted Cruz is in Cancun, 31 Texans have died & millions are suffering.

This video should make you angry but we all need to roll up our sleeves & help the good people of Texas. pic.twitter.com/mcmFrVuxUN

Colorado City mayor Tim Boyd reportedly resigned after telling residents to FEND for themselves in a Facebook post amid the deadly snowstorm.

“No one owes you [or] your family anything; nor is it the local government’s responsibility to support you during trying times like this!” he wrote. “Sink or swim it’s your choice! The City and County, along with power providers or any other service owes you NOTHING! I’m sick and tired of people looking for a damn handout.”

He told residents to “think outside the box to survive” and called people at home with no heat “lazy” for not trying to find a way to warm up even though authorities were telling people to stay off the icy roads.

Boyd received TONS of backlash, so he deleted the post. He then came back with the same weak a** apology politicians give after getting dragged for foolishness.

“I would never want to hurt the elderly or anyone that is in true need of help to be left to fend for themselves,” Boyd wrote. “I was only making the statement that those folks that are too lazy to get up and fend for themselves but are capable should not be dealt a handout. I apologize for the wording and some of the phrases that were used!”

He said his wife was fired from her job for his comments and that he wasn’t speaking as an official of Colorado City.

It’s reported Tim Boyd resigned, but his name is still listed as mayor on the Colorado City website. 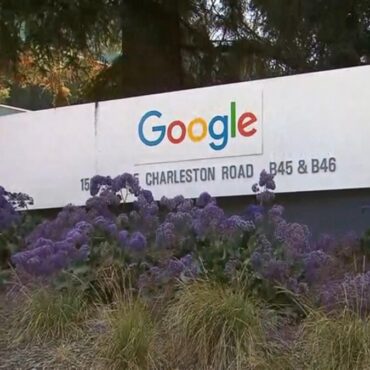 Google finally strikes a new deal with media publishers after years of pressure to add regulation. What We Know: Pre-existing imbalances between tech platforms and legacy news outlets are responsible for the new laws being put into place. Major tech firms like Facebook and Google have benefitted for years from displaying and sharing links to news sites. News Corp Chief Executive, Robert Thomson, called these media platforms out as parasites […]