The Irony: Woman Named Karen Loses It When Asked to Wear a Mask Inside a Grocery Store 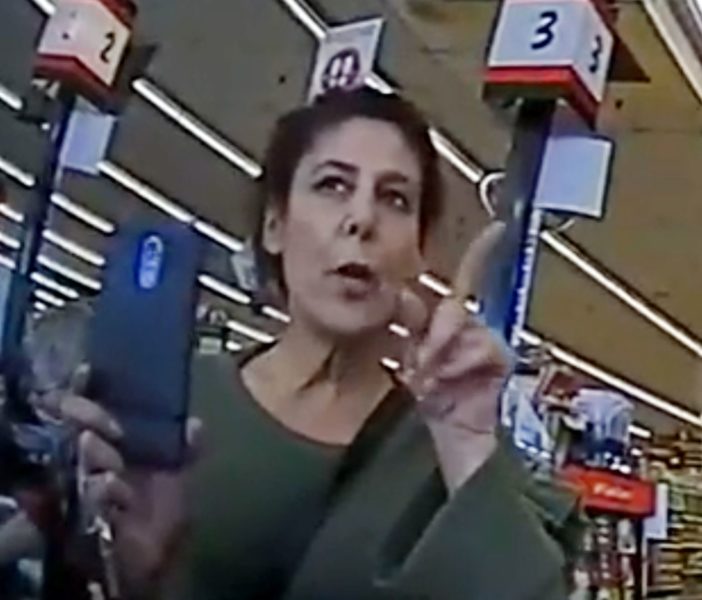 A 55-year-old Ohio woman — named Karen Turner — gave her namesake a bad name by popping off and refusing to wear a mask in a grocery store.

WOIO news in Cleveland reports that after being told she had to mask up inside a grocery story to protect employees and fellow shoppers during the pandemic, Turner ranted that there is no federal law requiring her to cover her mouth and nose. When she refused to comply with the Parma Height’s store’s mask mandate and refused to leave, police were called and Turner was arrested for trespassing and resisting arrest.

“So you don’t know… the law,” Turner says as a police officer tries to explain why she needs to exit the store.

While there is a mask mandate in Ohio, there is indeed no federal law. However, unwanted shoppers who don’t comply with a business’ rules can be charged with trespass.

Turner, seemingly filming either herself or the police officer on her cell phone, repeats her point that there is no federal law in place to discipline mouth-breathers.

When police attempt to remove Turner from the store, she repeatedly says she’s going to sue arresting officers, cackles and demands to be handed her cell phone as her hands are being cuffed behind her back. When cops put her into the back of a cruiser and try to take away her handbag, she takes things up another notch.

“Illegal search!” Turner howls, warning officers they are in “so much” trouble.

“Karen” has become a pandemic-era nickname for entitled white women who go on angry rants, generally based on ignorance. The term often implies bigotry as well, though there’s no indication Turner’s tirade had a racial component.

The incident happened in January. Turner reportedly pleaded not guilty to all charges.

A Karen Karen-ing? Sounds about right.

The post The Irony: Woman Named Karen Loses It When Asked to Wear a Mask Inside a Grocery Store appeared first on LOVEBSCOTT. 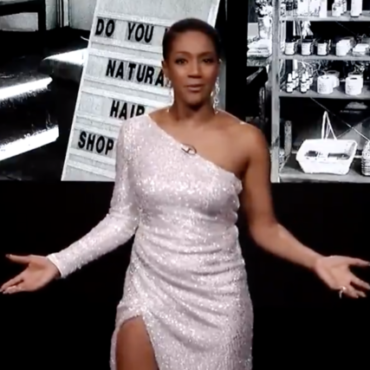 Tiffany Haddish had some… difficulties while hosting Verizon’s Big Concert for Small Business. The 40-year-old actress and comedian hosted the event that aired just after the Super Bowl LV. It was a charitable event featuring performances by Alicia Keys, Christina Aguilera, Eric Church, H.E.R., Jazmine Sullivan, Luke Bryan and Miley Cyrus. One of the many delays during production came when Tiffany had already introduced H.E.R. as the next performer, but […]