The family attorney of the unarmed man shot and wounded by a Virginia sheriff’s deputy says the shooting occurred because of a “failure of communication” between the 911 dispatcher and deputies on the scene. Details inside…

The family attorney of an unarmed man shot and wounded by a Virginia sheriff deputy is speaking out with details about how the shooting occurred.

32-year-old Isaiah Brown was shot by a Spotsylvania County Sheriff’s deputy while he was on the phone with a 911 dispatcher. The deputy that shot Isaiah ironically gave him a ride about an hour earlier after his car broke down. An hour later, the deputy responded to a “domestic incident,” supposedly at or near that same home, which led to Isaiah being shot and critically injured.

On Friday, the bodycam footage and 911 audio from the shooting was released, which appeared to show the deputy yelling at Isaiah to “drop the gun” multiple times when he first pulled up on the scene. The cop told the dispatcher he had a “gun to his head” and then started yelling at the victim, “stop walking towards me” and “stop, stop” before shooting Isaiah.

It’s reported Isaiah was shot 10 times and is currently in critical condition. However, watching the bodycam footage only 7 shots were let off from the deputy’s service weapon, which you can see below.

WARNING – the video may be graphic to some:

And here’s the audio of the 911 call Isaiah made before he was shot:

In the audio call, Isaiah and his brother reference a firearm. Isaiah shared with the dispatcher how his brother will not let him in his mother’s room and that he couldn’t get into his car. The dispatcher tells Isaiah that his car is broken down and has been towed.

Isaiah then said “alright, give me the gun” to his brother. “No,” his brother responds in the background. The dispatcher asks what’s going on, and Isaiah replied: “I’m about to kill my brother.”

The 911 dispatcher responded, “don’t kill your brother” and proceeded to ask Isaiah if he was armed. He said no.

In a news conference at Spotsylvania Courthouse, David Haynes, the Brown Family attorney, said the deputy mistook the cordless phone Isaiah was on with the 911 dispatcher as a gun.

“This was clearly a failure of communication between the dispatch and the officers that arrived on scene,” Haynes said. “As a result of those failures, Isaiah Brown is in intensive care.”

After the 3:19 a.m. shooting, the deputy administered “life-saving first aid,” to Isaiah. He’s currently fighting for his life.

“After viewing the Spotsylvania County Sheriff’s deputy’s bodycam video and listening to the 911 call, it is evident that the tragic shooting of Isaiah Brown was completely avoidable. In the 911 call, Isaiah clearly told dispatch that he did not have a weapon more than 90 seconds before the deputy arrived. He told dispatch that he was walking away from the house and away from anyone else and was on the roadway by himself.

Isaiah was on the phone with 911 at the time of the shooting and the officer mistook a cordless house phone for a gun. There is no indication that Isaiah did anything other than comply with dispatch’s orders and raised his hands with the phone in his hand as instructed.

The deputy in question made multiple, basic policing errors and violated established protocols. The deputy was situated nearly 50 feet from Isaiah, was never threatened and should not have discharged his weapon.

The family is also requesting the release of the dispatch audio with the deputy leading up to the shooting. There was obviously a failure of communication between dispatch and the officer which led to this tragic event.

Isaiah is now fighting for his life as a result of these completely avoidable errors by the deputy and dispatch.”

How did the officer end up back at Isaiah’s home?

Apparently, Isaiah and his brother got into an argument because his brother allegedly wouldn’t let Isaiah inside their mother’s room to retrieve his car keys and other items, according to audio of the dispatch call. The sheriff’s department categorized it as a domestic disturbance call.

“Isaiah was on the phone with 911 at the time of the shooting and the officer mistook a cordless house phone for a gun,” Ryan Julison, spokesman for the Cochran Firm in Los Angeles, said in a statement. “There is no indication that Isaiah did anything other than comply with dispatch’s orders and raised his hands with the phone in his hand as instructed.”

The Spotsylvania deputy is on administrative leave. His name was not released. The sister of Isaiah Brown, Yolanda Brown, spoke out emotionally about her brother and explained that the shooting is “a lot to process.”

Literally minutes before Derek Chauvin was found guilty on all three counts in the murder of George Floyd, a white police officer shot and killed 16-year-old Ma’Khia Bryant Tuesday after arriving on the scene to respond to reports of an attempted stabbing in Columbus, Ohio.

The aftermath of the Derek Chavuin trial isn’t looking good. 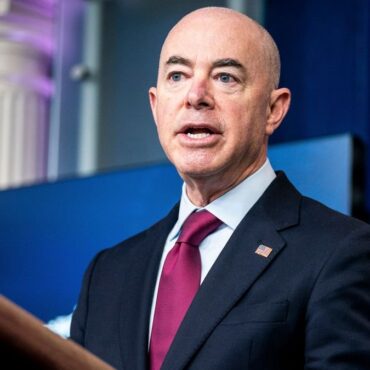 The review follows a similar initiative being conducted by the Pentagon to study extremist activity within the U.S. Military. What We Know: This probe in the Department of Homeland Security is the latest in a series following the Capitol Riots on January 6th. In order to address the state of domestic extremism within its ranks, DHS Secretary Alejandro Mayorkas announced a new internal review in a statement on Monday. In […]